Better together sounds better than ‘You’re on your own’

The age of a dominant party political system is history 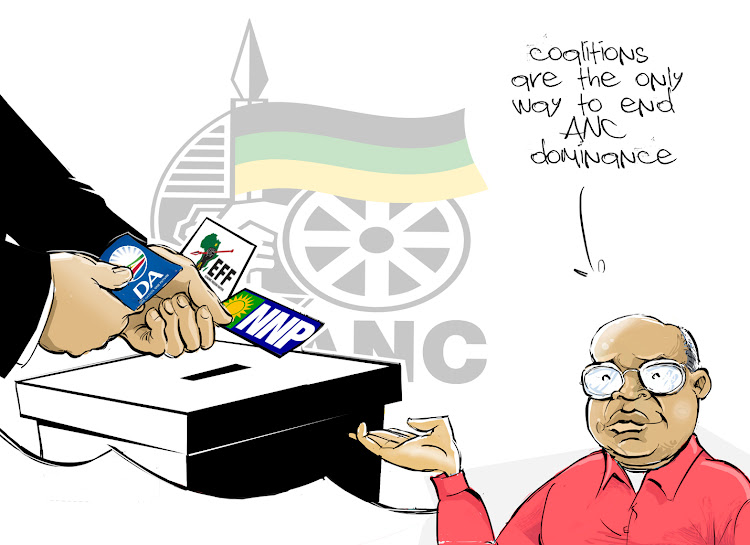 South Africa’s Constitutional Court is this week expected to deliver its judgment on the application by the Independent Electoral Commission to postpone the local government elections.

Respected former deputy Chief Justice Dikgang Moseneke led an independent inquiry that looked at whether the elections would be free and fair in October due to the Covid-19 pandemic and found “that it was not reasonably possible or likely that the local government elections scheduled for October would be held in a free and fair manner”.

If the ConCourt doesn't change things, the polls are set for October 27.

Whatever happens, though, the one thing that South Africans can be sure of is the growing realisation among the political parties that if they want to replace the ANC sooner rather than later, they are going to have to seriously consider coalitions.

This country’s politicians love their slogans and many are realising that “Better together” sounds better than: “You're on your own.”

The ANC’s first major electoral jolt was when it lost the leadership of the City of Cape Town, which it had held in a coalition with members of the New National Party (successor to the old apartheid National Party) back in 2006.

In 2016, the ANC also lost the City of Johannesburg, the City of Tshwane, Nelson Mandela Bay Municipality.

There are those analysts who say the ANC’s loss of power was a “logical conclusion after years of maladministration, corruption and misappropriation of state resources”.

Others suggest in the vein of the quote that writer Michael Dobbs put in the mouth of his character Francis Urquhart in the British TV drama House of Cards: “Nothing lasts forever. Even the longest, the most glittering reign must come to an end some day.”

In his book, Masina argues that the age of a dominant party political system is history and that coalition governments are an inevitable future for the country.

This was the clear lesson to take away from South Africa’s last municipal elections in 2016. Those polls delivered a number of municipalities where no party secured an outright majority.

Others are seeing the future through coalition lenses, too. Last week the main opposition DA announced its mayoral candidates, and party leader John Steenhuisen said outright that his party was open to coalitions.

He of course added something about the DA not compromising on its values, but political animals will understand that last statement as the political version of the standard “Terms and Conditions” that appear on any contract worth the paper it is printed on.

A former DA bigwig, Herman Mashaba, who served as the first non-ANC Johannesburg mayor since 1994 from 2016 to 2019, and then left the DA to start his own party Action SA, is also talking about coalitions.

“South Africa has enough opposition parties who exist solely to give a few politicians a job. Our mission is to remove the ANC from the national government in 2024.

“This is the only way that the work to fix South Africa can begin. We will do this by contesting municipalities where we can unseat failing governments and replace them outright or in a coalition. When we have achieved this, we will deliver for all of the people of those municipalities.”