Before you opt for cosmetic lenses

• Not taking care of your contact lenses may bring serious eye infections and blindness study shows.

• Do your research before opting for coloured contact lenses 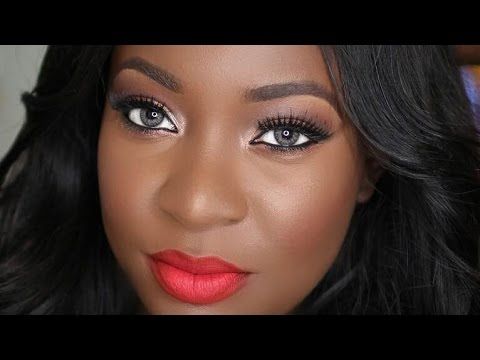 Fancy lenses trended in Asia years ago but have since taken the world by storm, popularised through various online forums.

Now, coloured contact lenses are sprouting in Kenya. Coming in a wide range of colours, contact lenses can be accessed not only from eye clinics but also in beauty cosmetic shops.

ScienceDaily estimates about 125 million people use contact lenses worldwide. That is 2 per cent of the world’s population, and the number is rising number as young people experiment with what they see on social media.

“Customers used to come to my shop and be very fascinated with my ‘hazel eyes’, but I told them it was just contact lenses,” she said during an interview with the Star.

Most of them enquired where she bought them and insisted she stock them at her shop for sale, but she was just testing them herself.

Being the first time she was wearing contact lenses, Wanjiru felt very uncomfortable but she later adjusted.

“Where I bought them, I was given a liquid solution to put the contacts whenever I removed them to prevent them from drying and replace them after each month.”

Wanjiru uses various platforms, such as Tiktok, YouTube and Instagram, for learning as well as marketing and selling her shop products. Her target audience is photographers, wedding planners, birthday party organisers, modelling agencies as well as locals in Nanyuki.

“As a makeup artist, the only way to stay trendy, discover and keep up with new makeup looks is through social media, and my business has expanded enormously."

The lenses were not medicated and she did not want to put customers at risk, so she had them for personal use.

After wearing them for three weeks without any side-effects, Wanjiru was positive that the contacts were good, but her joy was short-lived after her eyes became itchy and at times would tear up.

“My left eye was greatly affected and would become bloodshot red, and afterwards, a friend told me some contacts might get lost in the eyes. With those red flags, I opted out of contacts,” she said.

“It cost a little extra but my friends and I later opted for the contact lenses from eye clinics as they were safer.”

According to an eye health research done by the Ankara Numune University of Health Sciences in Turkey, contacts are thin lenses placed directly on the surface of the eye. The mechanical forces associated during their wear can affect the anterior shape of the cornea and result in central corneal steepening or flattening.

Vithul Vijayan, an optometrist at Optica, says the quality of contact lenses goes a long way.

“People should opt for medical consultation first before making the decision to wear them as they might be having underlying eye conditions that my be triggered by the new change.”

“It is also important to check on how you care and maintain the lenses as poor care may lead to serious eye infections.”

“People choose to wear contact lenses for various reasons. Many consider their appearance to be more attractive with contact lenses than with glasses, which some find very bulky.”