Eulogy for home I grew up in, now demolished

Memories abound about the terraced houses of Lavender Court 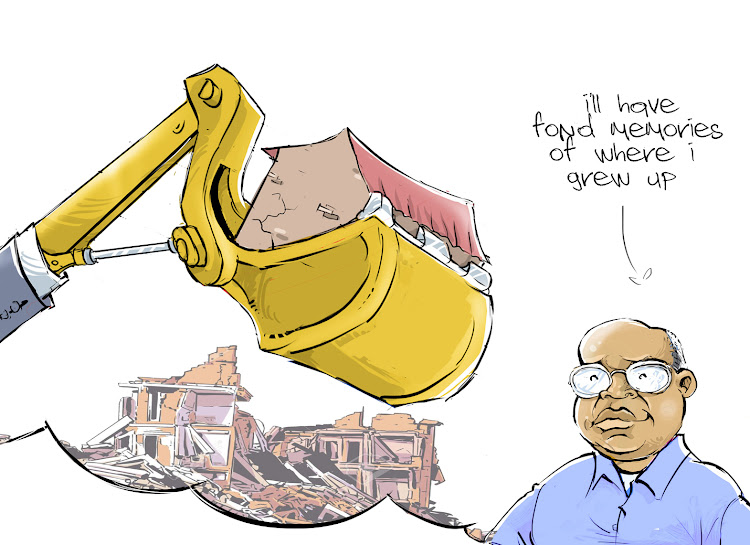 In a journalistic career going back about 30 years, I have written about politics, business, the arts, entertainment, gossip, fiction, film, theatre, travel, science and technology, but never really about sport.

I think I may have once had a byline in the sports section of the paper very early on in my career, but it was only because I happened to be at the airport waiting for a pop group I was writing about to arrive from Europe and they happened to be on the same flight as some athlete.

As the sports reporters were busy, I was asked to write about the returning athlete in what ended up being a deep caption for his photograph.

Anyway, I am not going to break the habit of a lifetime and write about sport, mainly because I tend not to be that well-informed about it.

But if you’ll indulge me, I will mention something that some would consider sports-adjacent or even sports-related.

For as long as I've been aware of such matters, it seems like every time the Olympics goes to a city, some of the residents end up being displaced.

For instance, in London ahead of the 2012 Games, people and local businesses were evicted to make room. The same thing happened in Rio de Janeiro in 2016 and Tokyo in 2020. I’m almost certain the same will happen in Paris ahead of the 2024 Games.

I was thinking about these demolitions when I heard that the house I grew up in back in Nairobi had also been demolished.

Of course, there are no Olympics destined for Nairobi any time soon, but  the news brought my memories of growing up flooding back.

Dear Reader, I was all set to write a terribly sentimental and self-indulgent piece about my hurt feelings about the demolition of the house I grew up in, but some extra information about the reasons for the demolition made me think twice.

I was three years old when we moved there and I left around my 27th birthday.

In the soppy piece I was going to write, I was going to tell you stories such as the one my parents told me about how when we moved in, the electricity hadn’t been connected and so we had to eat out.

How the search for a family-friendly setting where two adults and a toddler could eat and the adults could have a beer or two led us to discover what would in time become my dad’s favourite watering hole.

I would have told you about the neighbours I grew up with. Families not just from all over Kenya but from all over the world and how this cannot but have affected my view of the world.

I have previously mentioned here how close it was to the Westlands shopping district. I think I may have even said that the houses were University of Nairobi staff housing, and so I grew up literally on Chiromo campus, where some of Kenya's greatest minds taught and studied.

I might have told you a few anecdotes from that childhood, like the story I mentioned here the other day of Gordon, the man/boy who used to come around collecting plastic and paper garbage but disappeared with the failed August  1, 1982 coup.

I would have joked about how, with first the closing down of Gipsy and now the demolition of the house I grew up in, clearly some dark forces were on a mission to erase my past.

However, as I was delving into my treasure box of memories about the terraced houses of Lavender Court, I was told by a friend whose wife and in-laws lived in the single house on the other side of the fence that in fact, the staff housing would be replaced by student accommodation.

So even though it may end up being another concrete eyesore, at least it will be in service of the university, so that can’t be all bad, can it?

Many, especially the queer, will be nostalgic if it closes its curtains
Sasa
1 month ago
Why university is not fun any more
by Mwangi Githahu Columnist
Lifestyle
15 August 2021 - 05:00