Winners and losers as farms are chopped up for sale 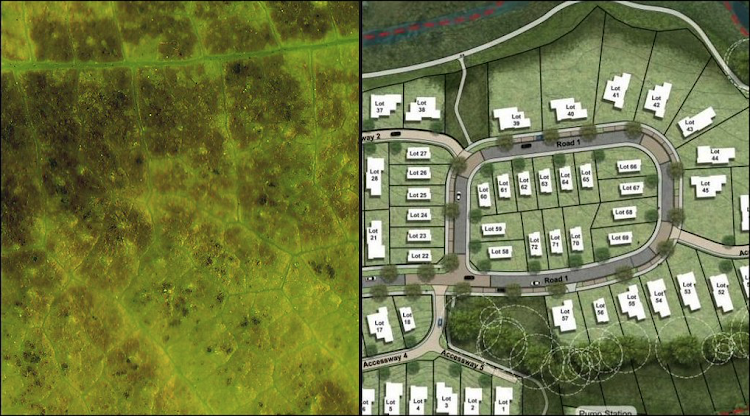 The old woman sat quietly as her son and grandson negotiated the price with the buyer. After an hour of negotiation, the two sides agreed on a price for the plot of land the woman was selling.

It was already midday, with everybody sweating in the small living room. The sun was out with all its blazing radiance. The buyer and his team had arrived that morning and were received by the old woman’s son, who showed them around till they got to a location the buyer liked. The location is flat and close to a spring.

The buyer, Mwasingo Mwashimba, negotiated a price of Sh35,000 for the quarter acre the matriarch was selling from her fairly sizeable holding. The matriarch’s family agreed that Mwasingo pays part of the agreed amount immediately and the balance after the land transfer process is completed.

That day, Mwasingo had with him Sh20,000, which he gave to the matriarch. Considering her age and the relatives involved in the negotiation, she would be lucky to keep more than half of that first instalment. Her son and grandson are both alcoholics.

“We were the first people to settle here 30 years ago when this place opened up," the old woman's son said. "Everyone you see around bought their plots from us,” he explained, while pointing at the neighbouring homes.

This is the reality of land subdivision in the semi-arid parts of the Coast. Economic necessities are pushing families to sell off portions of their land to get money for their daily needs. Low prices for agricultural produce, crop failure as a result of climate change and unemployment are to blame.

Women outbuy men in land ownership race at the Coast

Growing demand for land is pushing up land prices, increasing the financial incentive to sell off land in bits

Lack of knowledge on managing land is a factor, too. Growing demand for land is pushing up land prices, increasing the financial incentive to sell off land in bits. Often, families sell to meet an urgent need for cash, such as for medical bills. As the old woman’s son explained, this was not the first time they were selling portions of their land. It might not be the last.

The biggest drawback of haphazard subdivision and selling of land is that it eventually leaves families with just the plot around the family house. This is already happening in parts of the Coast, plunging families into deep poverty when there is no more land to sell.

According to the Kenya Agricultural Research Institute (Kari), continued land subdivision is among the reasons why crop yields are declining across Kenya. "Smaller parcels produce lower amounts of product and, therefore, have to be exploited with less downtime between crops. Soil nutrients are not given the chance to be restored naturally,” Kari reports on its website.

On the bright side, land subdivision is allowing more people to own land. In this particular case, Mwasingo the buyer comes from elsewhere at the Coast.

“I was introduced to this place by a relative who settled here years ago," he says. "I plan to either build a home or grow crops on my land."

How to be a land agent

Murang'a residents 'made poor by extreme subdivision of land'

They say proceeds from sale of cash crops are too low, past marriages polygamous.