• Rogue female cop is trending for killing two ‘ex-lovers’. Some say the men deserved it 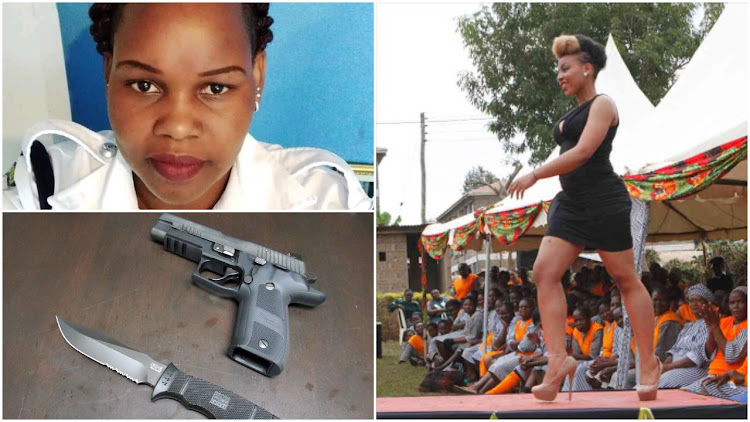 Corporal Caroline Kangogo is in the news and trending on social media, not for the usual reasons police officers catch the limelight but for allegedly executing two men in cold blood. That the victims are her former lovers is little consolation to other scared men. Hell hath no fury like a woman scorned.

So, why do women kill?

Kangogo, who has since died in an alleged suicide, joins the list of other infamous female serial killers, such as Aileen Wuornos, Amelia Dyer and Myra Hindley. The motives for these convicted killers ranged from ambition to mental problems to trauma from the past.

In Kangogo’s case, the Star reported that, “Sources privy to the investigations said they were pursuing revenge as the possible motive for the attacks, which have left two suspected lovers dead.”

“Firstly, we’re not sure it’s her former lovers,” says Joy Mercedes, “and secondly, anger is bad regardless of gender.”

Although both women and men kill for similar reasons — anger, resentment, jealousy, fits of passion, and so on — men do it more frequently. In a gender-specific study in the US between 1976 and 1987, women committed 14.7 per cent of the homicides in that period. In 60 per cent of the cases, a woman killed her spouse, an intimate acquaintance or a family member.

The woman in question is Ruth Kamande, a femme fatale crowned ‘Miss Lang’ata Prison’ during her two-year remand at the institution. In 2018, she was sentenced to death for stabbing her boyfriend 22 times (some reports say 25) in 2015 using a kitchen knife.

Social media is rife with diverse opinions on why a woman would wake up one day and decide to exact revenge on her former lovers: from praise to condemnation, aspersions to reverence.

Whether seriously or in jest, some women opined that her actions were justified, that those victims had it coming for one reason or another.

“She is the best,” one woman wrote. “We are fixing this nation. Hao malaya wote lazima wamalizwe (all those prostitutes have to be finished).”

“Wanaume watatii round hii (men will obey this time round),” wrote another.

In a gender divide, most men feel differently.

“[Some women] do not know how to accept and live with failure in relationships,” says Walter Mondela.

While according to Edd Muchina, “They rarely have control of themselves when angry (so it’s believed). That’s why even when caught, the issues of gender and emotions will be in focus in her defence.”

In general, news of homicide by a woman comes as a shock to many in society, giving credence to the belief that women are usually not calculating killers and act on the spur of the moment.

A glance at domestic abuse statistics indicates that women take a lot of physical and emotional abuse from their spouses before acting on their pent-up bitterness, if ever.

“Maybe she just discovered she has a VD [venereal disease],” claims June Wambua, referencing a theory doing the rounds online, “and she doesn’t know which of her lovers gave it to her.”

Whatever the case, such news sends shockwaves in every corner of the country. But people from all walks of life concur that taking the law in one’s hands is never the way to settle grievances.

Katherine Ngina posits, “She may be scorned, but there’s no justification for killing people like chicken. A murderer is a murderer, whatever the gender. I can’t sympathise with them.” Before adding, “Well, unless they’re killing rapists.”

As the body awaits the autopsy, the woman remains in custody as a suspect of murder.

Husband came home drunk and violent, went for a knife, they struggled.

Principal convicted of killing hubby given 30 years in jail

Police are treating Riziki Cherono as the key suspect in the murder.