South Africa’s Constitutional Court has been stamping its authority 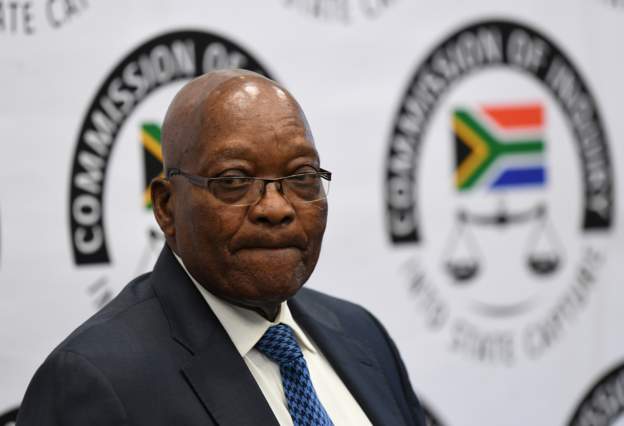 The courts in South Africa have been just as busy as those there in Kenya dealing with matters of state and weighty constitutional affairs.

Here in South Africa, the judges of the Constitutional Court had a busy week at the office, upholding the rule of law.

First on Tuesday, former President Jacob Zuma, 79, was found guilty by the Constitutional Court of contempt of court for defying the order compelling him to appear before the Zondo Commission.

The ConCourt, as we call it here, ordered JZ, as some here refer to him, to present himself to either the police station close to his rural KwaZulu-Natal home of Nkandla, or the Johannesburg central police station, by the weekend. From there he would be delivered to a correctional centre, where he would start serving a 15-month jail sentence.

Ironically the commission is a public inquiry established by JZ in January 2018, while he was still at the nation’s helm, to "investigate allegations of state capture, corruption, fraud and other allegations in the public sector, including organs of state" in South Africa.

Looking back, I suppose the former President and his advisers at the time had failed to watch the British TV show Yes Minister/Yes Prime Minister.

I have often said that this show should be mandatory viewing for politicians and journalists plying their trade in former British colonies, where they have not decolonised enough to reject all things left behind by our one-time governors.

Had JZ and his advisers watched the show, they would have been aware of Sir Humphrey Appleby’s dictum: “A rule of government is never look into anything you don’t have to, never start an inquiry unless you know what its findings will be.”

Had he taken Sir Humphery’s advice, he might still be enjoying his retirement peacefully in his rural KwaZulu-Natal home of Nkandla, sitting by the once-controversial fire pool and counting his cattle.

Instead, JZ, who as I write this has temporarily won a last-minute reprieve from the cells via an appeal, is now busy running around consulting lawyers, being hounded by journalists and surrounded by political hangers-on.

Zuma hands himself in to South African police

Interestingly, the same man who set up the Zonodo commission has also spent the last couple of years telling anyone who would listen that he would rather go to jail than cooperate with the inquiry.

Surely, you just can’t win with some people. Just a couple of days later, the ConCourt was hogging the headlines again, this time with a matter concerning the sitting President, Cyril Ramapohosa, and the office of the Public Protector.

The PP is South Africa’s answer to an ombudsman, and the job of the office is to ensure public officials act in terms of the law and discharge their duties properly.

While the previous holder of the office Thuli Madonsela was considered by most (but oddly enough not JZ) to be a darling, the current occupant, Busisiwe Mkhwebane, is rather less of a favourite with the chattering classes.

Anyway, the ConCourt found that the Public Protector had no evidence President Cyril Ramaphosa personally benefited from the donations made to the CR17 (Cyril Ramaphosa 2017) campaign.

The majority decision upheld the principle that the PP’s adjudication powers are derived from the Constitution and other legislation, and that the office of the Public Protector cannot exceed these powers or her mandate.

In March last year, a full bench of the High Court reviewed, declared invalid and set aside the PP’s decision to investigate and report on the CR17 election campaign.

The PP’s probe was launched after former opposition leader Mmusi Maimane raised the issue in Parliament in 2018, when he asked Ramaphosa about a R500,000 donation that had been made to his campaign by a company called Bosassa that had also featured negatively in the Zondo Commission.

The point here is that both rulings firmly asserted the principle that the Constitution and the body of South African law are supreme and no person is above it.