Why is the health of African leaders such a big secret? 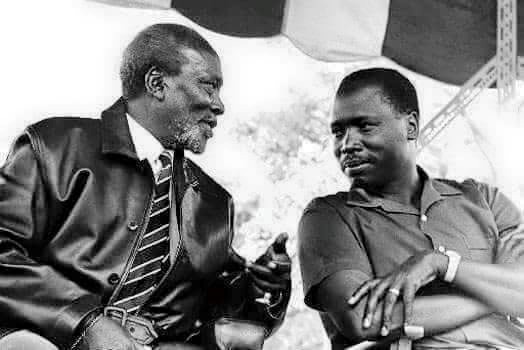 The health of African political leaders is often cloaked in mystery, so when the public is allowed even a glimpse behind the curtain, it is something remarkable.

For instance, over the weekend, it was announced here in South Africa that Deputy President David Mabuza had asked his boss, President Cyril Ramaphosa, if he could go on sick leave.

The DP wanted to take some time off his official duties to go to see his doctors in Russia. The announcement made the news here in SA, where it was reported that this Russian consultation was a follow-up to previous medical consultations that the Deputy President received in the land of Vladimir Putin.

The South African DP’s health has popped up in the news a few times in the last decade, even before he ascended to the office.

In September last year, the DP suddenly appeared at a virtual media briefing alongside his boss and other top ANC officials after a month during which he had not been spotted in public.

During the press briefing, which was about matters unrelated to his health, the DP said he’d been ill for a month and was grateful to be alive.

Before that, there had been a story back in 2016, when Mabuza was Premier of Mpumalanga province. At that time, he was reported to have been ill for several months and he claimed he had been poisoned during public birthday celebrations back in 2015.

I remember reading this account after he had become president and thinking how eerily familiar it sounded. This was because it reminded me of the mysterious poisoning of former Kenyan Vice President George Saitoti.

The story goes that shortly after the disappearance and death of Foreign Minister Robert Ouko, Saitoti had gone out to dine at a favourite restaurant in Muthaiga and fell victim to an almost fatal poisoning.

As with many of these stories, the rumours came first, but when questioned about the stories, Saitoti denied everything. However, his boss President Daniel arap Moi let the cat out of the bag when he claimed that the same people who killed Ouko had tried to poison Saitoti.

President Moi never named names, so we can assume he took the knowledge of who killed Ouko with him to the grave, as did Saitoti, who also never mentioned the names of those he suspected.

Probably the most open senior Kenyan leader when it comes to his health has been Raila Odinga.

Potential presidents were no better. I remember taking a lot of flak in 1991, when I reported a BBC radio interview with Kenneth Matiba who was in London, recuperating from a stroke suffered in detention. Matiba told his interviewer he was too sick to run for president.

When my newspaper hit the streets with the news, Matiba’s supporters all said it was a vicious lie. They didn’t want to believe it and managed to convince him to run, even though it might have killed him.

Looking back, those who were there will tell you they never officially heard about any issues with President Jomo Kenyatta’s health until after he was dead.

This is despite the fact that he suffered at least one major cardiac event in 1966 and possibly enough other health issues between then and his eventual death in 1978, for those around him to be concerned about what would happen when he eventually “kicked the bucket”.

It got so bad that in 1976, Attorney General Charles Njonjo had to threaten that it was a criminal offence punishable by death for anyone “to imagine, devise or intend the death or deposition of the President”.

The threat was a ruse, but an effective one that worked its magic in a Kenya that was far more politically innocent than today.

I wonder if anything has changed in Kenya since then. Would we ever be informed about the health challenges of our DP or even the President himself?