Totohealth reminds Lamu mothers-to-be about prenatal clinics, diet to take and due date 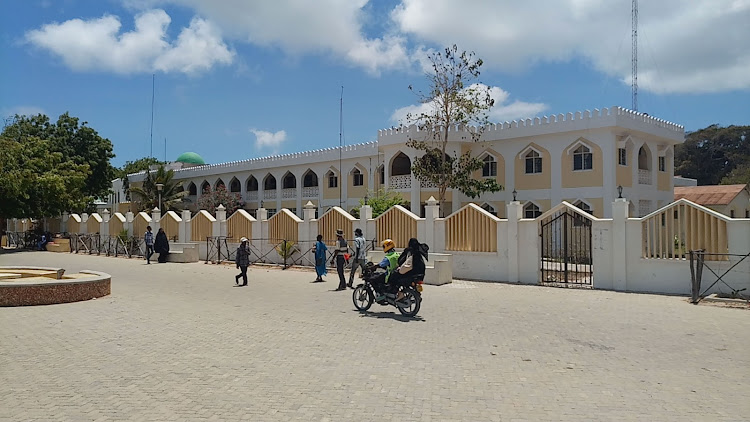 Lamu is one of six counties in Kenya slowly incorporating technology in their health services.

Even though it is famous as a tourist town surrounded by white, sandy beaches and islands, its health system leaves a lot to be desired.

In most cases, expectant women are forced to miss their prenatal or antenatal clinics due to the distance to where they could seek such services.

As a result, hundreds of babies missed immunisation while expectant women had to give birth at home.

The island county has now adopted Totohealth Service as one of the ways to encourage hospital delivery as well as intake of vaccines among infants and toddlers of up to two years.

Totohealth enables mothers and fathers to receive targeted and personalised messages timed at their child's age or stage of pregnancy.

These messages give any warning signs in a child's health or development, equip them with knowledge on nutrition, reproductive health, parenting and developmental stimulation.

As a result, the app has created and increased awareness among its target group, such as Zubeda Abdallah, who in June 2020 discovered she was three months pregnant.

Symptoms had suggested she might be having malaria or typhoid. Since she had earlier travelled to Tana River, she thought she must have contracted either disease, so she saw it wise to seek treatment.

It never crossed her mind she might be pregnant and, therefore, she never bothered to do a pregnancy test.

“I was directed to run some tests, including a pregnancy test, and it turned out to be positive,” she said.

Being a mother of one and looking forward to adding another member in her family, the news was warmly received by her family.

My husband, who also received the messages, used to remind me whenever I needed to go for clinics. They were a great reminder

As a casual labourer living from hand to mouth, her visits to hospital for prenatal clinics were not a priority, not by choice but by circumstances.

When community health workers visited her and inquired about details of her personal life and status of her pregnancy, she was reluctant to share such information.

She however changed her mind when she was informed some of the details were meant for Totohealth service, where she would be receiving personalised info throughout her pregnancy period and beyond.

She later started receiving texts messages reminding her of when she should go back for prenatal care clinics, what diet to take, and so on.

Abdallah and her husband had been registered for Totohealth, a messaging service where couples or mothers of children under the age of two years receive free texts relevant to their pregnancy stage or age of their child.

“My husband, who also received the messages, used to remind me whenever I needed to go for clinics. They were a great reminder,” she said.

On the eighth month of her pregnancy, Abdallah slipped in the bathroom while taking a shower. Luckily she controlled herself not to fall on her belly.

As a precaution, she visited the hospital, where she was assured her baby was safe and sound and there was no cause for alarm.

For the remaining part of her pregnancy, Totohealth kept her in check in terms of her due dates and even reminded her how she should prepare to welcome her baby.

One morning in December, she started bleeding. At first when she felt warm liquid on her legs, she thought she had broken her water and was about to labour as her due date was within that month.

“Totohealth had informed me I was due in a few weeks, and when I started bleeding, I knew something must be amiss. I just prayed to God to preserve my baby,” she said.

Within minutes, she had lost consciousness. Efforts to rush her to hospital were hampered by Lamu’s terrain. They had to think of how they would get her there.

Abdallah’s husband and neighbours decided to use a boda boda. However, she could neither sit by herself nor did they find any rider willing to ferry her in her condition.

They resorted to carrying her using a homemade stretcher.

At the hospital, after a few check-ups, it was evident she had had a stillbirth. She had to be rushed to the theatre for surgery to remove the baby.

“By the time we got to the hospital, I was unconscious and I could have lost my life were it not for the health worker’s quick action,” she said.

“The app enabled me to monitor the progress of my pregnancy. Even though we lost the baby, I’m grateful we had Totohealth walking with us throughout the journey.”

The Totohealth service is one of the benefits of a partnership between the Lamu county and Safaricom Foundation under the project “Afya Uzazi Salama”, which has totally turned around the health sector, especially maternal health.

Ben Wali, the Afya Uzazi project lead, said the idea was to incorporate technology in maternal health, and that is why they had to select a few villages to pilot the project.

Wali said the service has 5,123 subscribers and they project to increase the numbers as they plan to extend the system to the entire county.

Their trained community health volunteers move around the targeted villages to collect info of expectant couples and parents to children below two years.

The info includes contacts, whether the expectant woman has begun the prenatal clinics or not, the couple’s health history, and so on.

The expectant couples are then keyed into the Totohealth system and set to receive reminder messages for every stage of their pregnancy until when the baby is born and even beyond.

Wali said the messages, which are sent every Tuesday and Thursday, are free of charge, making it a unique way of reaching out to this vulnerable group no matter where they are.

“It is also an easy way to create awareness on the importance of prenatal care, immunisation, baby and pregnancy development as well as nutrition,” he said.

The messaging also goes beyond the pregnancy period as they are set to receive until when the baby is two years old.

“The system has been successful and very beneficial to registered members, and we are looking forward to implementing it in the remaining villages,” Wali said.

As a result, there has been an increase in children partaking in immunisation as well as pregnant women attending antenatal clinics.

The incorporation of Totohealth is part of Afya Uzazi Salama project, which has spearheaded the renovation and equipping of King Fahd’s maternal unit.

The Mother and Child Unit is fully equipped with beds and incubators as well as the High Dependency Unit.

The Mother and Child Unit has a nursery with 10 incubators, while the HDU has six oxygen cylinders well piped to the unit.

With the renovated and equipped units, pregnant women with emergencies or difficult cases now undergo surgeries at the facility.

Prior to the upgrade, emergency cases had to be referred to Mombasa or Malindi using an ambulance or a bus.

And with the insecurities and the poor road infrastructure, the life of the mother and the baby are never guaranteed.

Mothers who deliver at the hospital are entitled to a free mama’s pack that contains diapers and mother’s sanitary towels, a baby basin, washing powder, among other items needed when a mother delivers.

The project advocates access to maternal, neonatal and child health services and health financing to ensure communities have access to healthcare when they need it.

Lamu county is among those with the highest rates of maternal, newborn and child deaths, according to the Kenya Demographic Health Survey 2014.

According to county statistics, maternal mortality stands at 676 for every 100,000 live births, compared to Kenya’s statistic of 362 maternal deaths out of every 100,000.

Okuthe said the foundation has invested Sh13 million in the renovation and equipping of the newborn unit, which currently benefits at least 4,000 women who depend on the facility.

Jackie Mong’ena, head of the maternity unit at King Fahd, said there has been an increase in hospital deliveries since the launching of the project in King Fah’d Hospital.

Initially, pregnant women chose to seek delivery services in nearby counties or opted for home deliveries.

Eighty per cent of pregnant women in Lamu now prefer giving birth in hospitals, compared to the initial rate of below 64 per cent.

Mong’ena said hospital deliveries have also been encouraged by a wide range of quality services being offered at the hospital due to the recent renovations and equipping.

“This project has also enabled us to retrain our health workers at the Mother and Child Units and equip them with firsthand skills on how to respond to an emergency,” she said.