It’s all fun and games until history is erased

They turn you into social pariahs and kill you softly 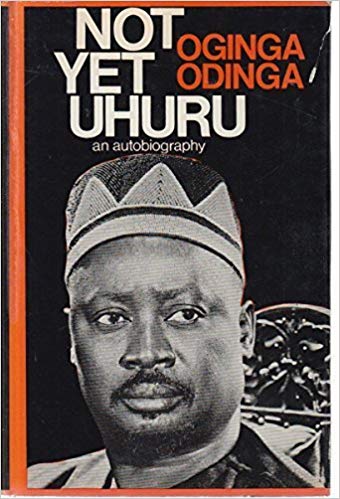 The cover of Jaramogi Oginga Odinga's autobiography, 'Not Yet Uhuru'
Image: AMAZON

There's a meme that does the rounds on Facebook regularly. It purports to show how people unfriended others in the era before social media.

It shows a group photograph with one face torn or scratched out. At first I thought it was uproariously funny, but now after umpteen views, I find the meme slightly offensive.

If a picture speaks a thousand words, as someone said, then distorting the photo is erasing some of the words. It’s like reading a novel with a page from the middle missing.

Back in the day, when certain governments wanted people and events to be erased, they used slightly more sophisticated methods of changing the story that the picture told.

For instance, during Josef Stalin’s time at the helm of the Soviet Union and way before photoshop was a thing, photos were doctored to suit the version of history that Stalin wanted.

Writing on the History.com platform back in 2018, US journalist Erin Blakemore said: “The stakes weren’t just historical. Each erasure meant a swing of Stalin’s loyalties, and most disappeared subjects also disappeared (or were killed) in real life, too.”

According to Blakemore’s piece: “Stalin wasn’t the only dictator who loved to doctor photos. Adolf Hitler removed his propaganda minister, Joseph Goebbels, from a photo of him and director Leni Riefenstahl in 1937. Benito Mussolini circulated a famous photograph of himself riding victorious atop a horse, after cropping out the handler holding the horse. And Kim Jong-Un apparently uses Photoshop to make his ears look smaller.”

In Kenya, erasing political enemies was also in vogue, but instead of messing with photos, the state killed you or detained you without trial to keep you out of the collective memory.

The problem with this, as Kenya eventually twigged, was that the murdered or disappeared opponents often became martyrs. This was not part of the plan.

I remember at the height of the single-party rule in the 1980s, another slightly less permanent way to erase people from the public memory was put to use and was partially successful.

The powers that be decided that the way to change history was to expel what were termed “disgruntled” elements from the ruling party and then work the system to turn the expelled people into non-persons.

This effectively meant that once you were expelled from the party or dropped by the system, you became a social leper. Nobody who was trying to stay on the good side of the government would have anything to do with you publicly.

Suddenly debts owed to banks and other financial organisations were called, and you found yourself shunned by the very people who until a few days ago had been buzzing around you like bees to honey.

In the spirit of there being no permanent friends or enemies, just permanent interests, this system also meant that when the wind changed and you were suddenly useful to the system, you could be rehabilitated and brought back to the fold in the hope that you had learnt your lesson and were willing to toe the line.

One of the first experiments with this way of doing things was that doyen of the opposition, Jaramogi Oginga Odinga.

Shortly after Moi came to power, he brought Jaramogi back into the swing of things and even appointed him to head a parastatal. However, when Jaramogi spoke truth to power as he was wont to do, he found himself thrown out again.

In Jaramogi’s case, this method was completely ineffective as the man remained a hero to so many. So much so that almost a decade after his being fired from the Cotton Lint and Seed Marketing Board of Kenya, he was again at the helm of national politics, this time leading an opposition grouping that briefly threatened the futures of Kanu and Moi.

In the final analysis, perhaps it is better not to mess with the past, as it will always come back to bite you.