Toastmasters face off in virtual meet

Themed Power Up, it will feature four speech categories 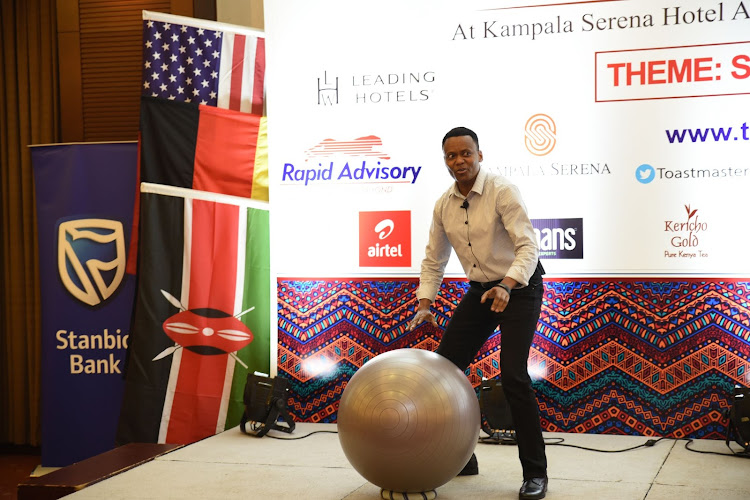 Toastmasters International is a non-profit educational organisation that teaches public speaking and leadership skills through a worldwide network of clubs in 145 countries. It has helped people from diverse backgrounds become more confident speakers, communicators and leaders through a self-paced learn-by-doing approach.

Division A, home to 16 Toastmasters Clubs in Kenya and Tanzania, will host a virtual event open to the public tomorrow. Themed Power Up! it will showcase the range of delivery techniques available to members as they develop into competent communicators and effective leaders in their journey as Toastmasters.

Contestants at this event are champions who first won at the Club and subsequently Area levels. They will compete against each other in four stimulating speech categories, namely Evaluation, Tall Tales, Table Topics and Humorous™ Speech Contests.

Winners of each of these will proceed to the ultimate race at the Toastmasters East Africa Conference (Teacon 2021), scheduled for May 27-29 at Pride Inn Shanzu. Here they will battle it out with winners from the rest of District 114.

One of the highlights of the conference will be a keynote address by Veda Sunassee, executive director of Africa Leadership University. A graduate of Princeton University and selected among the inaugural cohort of Obama Leaders in 2018, Sunassee has worked with Allan Gray Orbis Foundation, ELMA Philanthropies and Facebook.

The conference is an opportunity to fete members as well as Division A for its achievements in tandem with District 114 goals for the year 2020-21. The Division A Toastmaster of the Year (2nd Half) Awardee will be recognised at the virtual conference.

The speaking competition will be presided over by enchanting and engaging contest chairs Kendi Mwabila and Eric Muriithi. Both are Toastmasters who play the role of Master of Ceremonies, further illustrating facilitation skills that members are exposed to at Toastmasters.

"There will be a sprinkling of poetry and a trivia on the Toastmasters education programme, Pathways, guaranteed to keep participants asking for more!" says Division A director Distinguished Toastmaster Angela Rarieya.

Division A is one of six Divisions in District 114 (D114), the latter being a territory within Toastmasters International. Straddling Kenya, Uganda, Tanzania, Rwanda and Ethiopia, it comprises more than 60 Toastmasters clubs with a membership base of almost of 2,000 and still growing.

Readers are invited to join Division A Conference using the details below: