Is the great croc escape a sign of the end times?

If anyone told you life in lockdown was boring, they lied 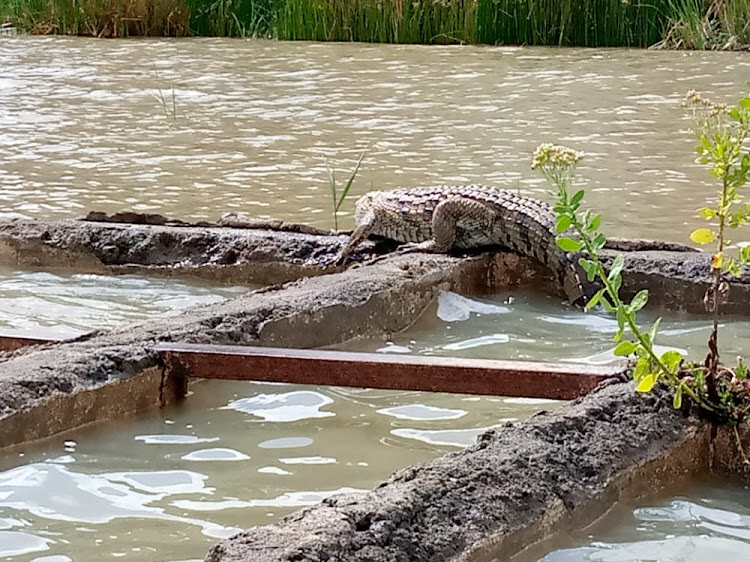 A huge crocodile basks along the shores of a lake
Image: FILE

Anyone who reads this column regularly will tell you I am not religious, but if I were, I’d be turning to the Christian Bible’s Book of Revelations now just to see which animals are mentioned in stories to do with the end times.

If memory serves me right, there are at least four horses and a number of lambs, rams, goats, bulls, leopards, eagles and some others just referred to generically as beasts.

If any of you readers has any knowledge of these things, I’m particularly interested in mentions of home-raiding baboons, city-smart window shopping hippo, sea-swimming ostriches and runaway crocodiles.

You see here in South Africa, the Cradle of Humankind (Kenya’s Turkana is the Cradle of Mankind; some claim there is a subtle difference), the animals mentioned in the sentence above have so far been filling the pages of the newspapers.

As regular readers will know, we began with Kataza, the urban guerilla baboon who shot to notoriety when he went rogue in the upmarket suburb of Tokai.

Next up was the Fourways hippo from the plush Johannesburg suburb, and close on his heels was the pool-paddling crocodile from the North West Province that gave poor Angel and Jaco Breytenbach quite a fright one morning in January.

In February, it was the turn of Buddy the baboon to shine in Cape Town, while a couple of ostrich became overnight instagram stars when they went to the beach at Cape Point and dipped their toes in the water.

If the croc in the home swimming pool was frightening, then imagine an unknown number of crocodiles escaping from their commercial breeding farm in the winelands about 180km east of Cape Town. It must have been like a scene from 'Live and Let Die'.

That is exactly what happened this past week when a large number of young crocodiles escaped. They left over 5,000 others behind at the farm and decided to explore for themselves.

Perhaps they felt too mollycoddled by farm life and wanted to return to the wild. Or perhaps it occurred to them that they were headed for the boutiques as shoes, belts, handbags and luggage as well as items on the menu somewhere and preferred to take their chances. Who knows?

By the way, while researching this story, I discovered that many crocs are collectively known as a congregation of crocodiles. Seeing as I’m thinking about a connection with the biblical end-times, this sort of makes sense in a very roundabout way.

Immediately the news of the escape was out, the people from CapeNature (this province’s answer to KWS), landowners in the area, the owner of the crocodile breeding farm and the South African Services (SAPS) swung into action.

By Friday last week, they had managed to recapture 34 of the juvenile Nile crocodiles.

However, an unknown number remained at large and it is believed they have in all likelihood found their way to the nearby Breede River, which runs in the vicinity.

Until this week, the river was a popular spot with folk who went for picnics on the shore, waded into the water for a spot of angling and even swimmers as the waters were calm. Those sports are all over for now.

The experts may say the crocodiles, which vary in size from 1.2m to 1.5m, only present medium danger to people because they are farmed animals and used to regular feeding and, therefore, do not hunt for their food.

But let’s face it, they remain wild and instinctive animals. As I write this, there are reports emerging that a number of the crocodiles have had to be euthanised for the greater safety of the general public in the community of Bonnievale and surrounding areas.

If anyone told you life in lockdown was boring, they lied.