What the smell coming from your car means

• A chocking smell is not hard to identify.

• It makes car occupants cough, sneeze or have a running nose, especially with all windows closed 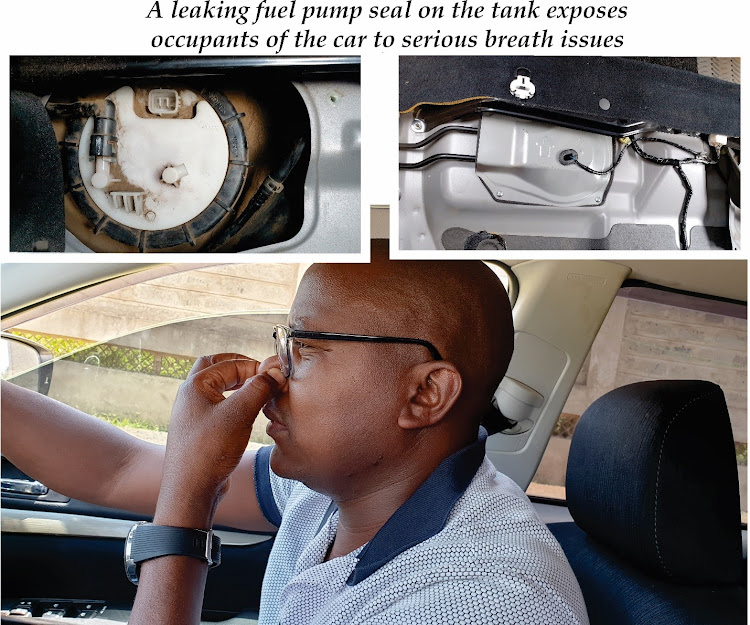 What a choking smell in your car means.
Image: BOOSTED AUTO

Eggy and chocking smells; these should not be taken lightly.

They can be signs of a ticking time bomb in your car, or if occupants are exposed to them for prolonged periods, they can cause health issues.

A motorist should be able to drive without any discomfort resulting from the car or within the car. However, there are some odours that usually find themselves in the cockpit of the car.

However, you have to be sure that the odours are not originating from within the environment you are in (outside the car).

Below we have a list of odours and how you can use them to find faults.

A chocking smell is not hard to identify. It makes car occupants cough, sneeze or have a running nose, especially with all windows closed. In its mild stages, it may sometimes result in itchy eyes.

The smell is usually associated with several things namely

A leaking exhaust system is dangerous because prolonged exposure  tends to make one feel sleepy. This is dangerous to the driver. Worn out window seals may cause a leaking/clogged exhaust to sneak into the occupant's cabin. Replacing the window rubber seals and rectifying the broken exhaust will correct it.

Sometimes when an acid type battery is being overcharged, the fumes produced may pass to the car interior and cause irritations to the occupants. Overcharging is usually caused by a faulty rectifier in the alternator.

Fuel smell is easy to pick and cannot be confused with any other foreign smell Sometimes this could be as a result of simple things like not being able to correctly tighten the fuel cap after fueling.

The fuel pump seal is also a major contributor to fuel smelling in the occupant's compartment. In most passenger cars, the fuel tank is right on top of the rear seats. The fuel pump and the fuel gauge are fitted on top of the tank (below the back seats).

A special rubber seal usually secures the pump and ensures all the fuel and its fumes stay in the tank but sometimes due to wear and tear or just improper fitting of the seal can result in fuel overflowing into the passenger compartment especially if the tank is full. Fumes could also enter the cabin through this seal. Having a properly secured seal solves the issue once and for all.

A rotten egg smell mostly happens from the exhaust pipe of a car in front of you. This is  sulfur dioxide from a catalytic converter. The smell is easily noticeable especially if you have been following a car in front of you at a high speed for prolonged periods. If the smell is detected and you are sure that it's not from a car ahead of you then chances of a clogged catalytic converter of your car are imminent.

Cough syrup is associated with sweet tastes. Ethylene glycol found in the coolant smells almost the same as a cough syrup. When a leaking coolant comes into contact with the hot surface the evaporation process leaves behind the sweetish smell. The colouring pigments in coolant makes it easy to pinpoint the leaking area so finding the exact location should not be a problem.

This is usually related to the brakes and the clutch system. Either the clutch is improperly adjusted or wrongly balanced. If a car is driven with the handbrake on the friction between the shoe and the rotating disk/drum causes heat. This results to asbestos odour. Driving while resting your foot on the brakes or hard braking also may result to this as well.

The only way to rectify this is to drive your vehicle correctly.

Electrical circuits in the car comprise many plastic coatings/insulations and plastic motherboards. Any of these components being overloaded, short-circuited or loosely connected may cause a risk of fire. The presence of heavy smoke and strong burning plastics would engulf the car. The sooner you detect it the sooner you save the car and its occupants.

All the above-mentioned odours are dangerous and may cause harm if not detected on time and acted upon.

The writer is the owner of Boosted Auto automotive repair shop