My new routine takes me down memory lane 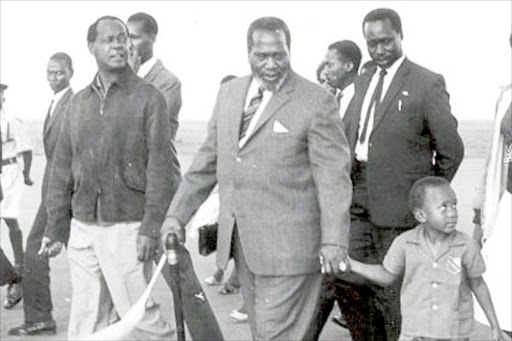 I’ve been on leave from my job during the past week, and during that time, I decided to get into a new routine of walking five kilometres every morning before beginning my day.

I won’t call it a New Year's resolution because, while it is a new commitment made early in the year, referring to it as a resolution is bound to jinx it.

I couldn’t even begin to count how many New Year’s resolutions I have made and failed to keep, and I am pretty sure most of you reading this are the same. Kudos to those of you who make these pledges to yourselves and stick them out.

Walking around the neighbourhood has given me time to look beyond the gates of many of the homes I would normally whiz by in my car. It has also afforded me the opportunity to discover “new” (at least new to me) roads and streets.

At the same time, as I was discovering my suburb, I was comparing it to the suburbs of my life in Nairobi.

Here in my neighbourhood, almost every street has a paved or tarmacked path for pedestrians, and on the bigger roads, these paths are wider with a white line painted through them. The white line is to ensure that there is a lane for cyclists and a lane for walkers.

I haven’t walked around any Nairobi neighbourhoods for about a decade, so I couldn’t say what developments there have been.

However, I remember walking from my flat on Rhapta Road to my office in Lion Place, and my shoes would always need brushing by the time I got there, as none of the few paths on my route were paved.

Now, brushing one’s own shoes isn’t in itself such a big deal, but the fact that the city’s planners didn't even consider pedestrians in Nairobi is just plain wrong.

This is worse when you know that most people in Nairobi walk to work, despite the nightmarish traffic jams.

I wonder what might have happened with the streets of suburban Nairobi had a 1970s suggestion by the then Attorney General Charles Njonjo for more people, including Cabinet ministers, to cycle into the city had not been laughed out of town.

Another interesting thing I discovered was that residents have turned their roadside verges into vegetable gardens, not for themselves, but for passers-by. One of the gardeners told me, “The veg on the verge is for picking by anyone walking by or even drivers in their cars. I have picked bags of spinach for ladies (often domestics) working in the area on the way home.”

I’m not saying Kenyans are not altruistic, but I had a hard time imagining the residents of any Nairobi neighbourhood embarking on such a project.

By the way, speaking of Njonjo, the old man turned 101 years old last weekend, and from Cape Town, I raised my glass to him on his longevity.

And then I went on social media and found that Sir Charles, as some are wont to call him, is still one of the more divisive figures of Kenya’s political history.

That said, it seemed to me as though some of those who love to hate him seem to do so more as an innate knee-jerk reaction based on stories they have read and heard, rather than from any actual experience of the man himself.

After all, if the statisticians are to be believed, most Kenyans are aged under 40. So less than half the population can actively recall a time when Njonjo was in government, which is when his actions might have had an impact on their daily existence.

I know why my generation and older feel whatever they feel about him, but I’d love to hear what young Kenyans have against the man.