Nurses and clinicians have paralysed services with their absence over PPE, risk allowance

• As the nurses and clinicians' strike heads to its fourth week, it's taking toll on Kenyans

• Though doctors are back, these medics are critical for a hospital to function fully 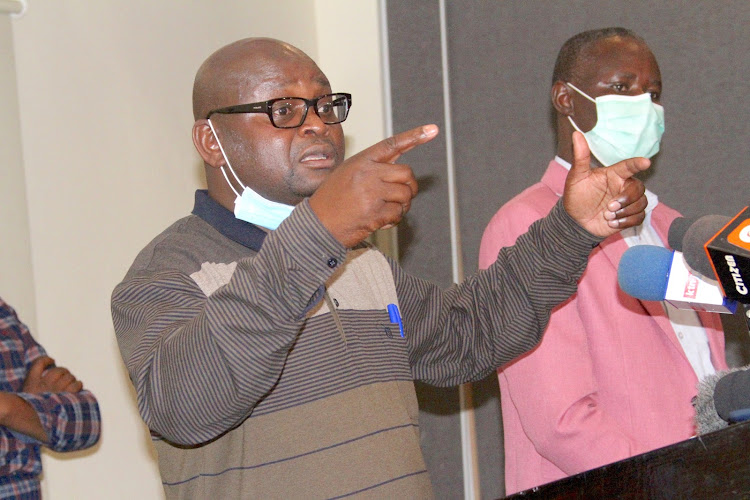 Three weeks ago, Mama Wambui Migwi, a cancer patient, was referred to Kenyatta National Hospital for chemotherapy. She has stage 2 cervical cancer, which she fears might take her away if she does not undergo treatment.

However, after spending hours travelling to Nairobi from Mombasa, Migwi was turned away due to nurses and clinicians’ strike. She had to return to her home with hopes they would soon resume their work.

“When I heard the doctors' strike had been called off, I had hopes that nurses and clinicians, too, would be sorted. However, it is painful to know I will have to wait longer before I go back to hospital,” she said.

Migwi hopes it will not be too late when she resumes her treatment.

Even though the government was able to stop the doctor’s strike a few days after it started, it has failed to come to an agreement with nurses and clinicians. These medics are a critical organ in the health sector, but their grievances have not been acted on with the same urgency.

Kenya National Union of Nurses secretary general Seth Panyako said the government seems to favor doctors more than nurses. In a statement, the union said the government has ignored its advisories and reports on the working environment of its members.

Panyako said the talks were scuttled by their proposal on nurses getting Sh8,000 as risk allowance. “Nurses in this country are looked down upon. We are not subordinate to doctors,” he said.

The union vowed that none of its 23,000 members will resume work until the government addresses its grievances.

With the pandemic, the nurses and clinicians have complained over the increasing deaths of their colleagues. At least 30 doctors, 26 nurses and 10 clinical officers have lost their lives after contracting the coronavirus.

The nurses and clinicians, are therefore, demanding a risk allowances to cater for the risks they face in the line of duty.

In Mombasa, Knun Mombasa branch secretary Peter Maroko said the county has failed to pay their remittances, such as NSSF and loans, for five months now. This is despite deductions being made on their salaries.

The health workers, whose strike is on its seventh week, have also complained over delayed salaries.

Maroko said the health officials have tried to have dialogue with the county but their issues are yet to be resolved.

“Our strike will go on until our voices are heard, even if it means staying home until 2021. We are only asking for little money than what is budgeted for the BBI,” he said.

Nurses are the ones who mostly spend time with a patient, monitoring their health condition. They are also expected to record medical history, perform diagnostic tests, administer medications and treatment and operate medical equipment.

Clinicians perform general and specialised medical duties, such as diagnosis and treatment of a disease and injuries. They can also perform routine medical and surgical procedures.

The impact of their no-show can clearly be felt across the country as thousands of Kenyans are suffering at home. Most hospitals have reduced the number of admissions and are only admitting emergency cases.