Why drug lords are no longer at ease

• Current laws are said to be lenient to traffickers, who are at the top of drug chain 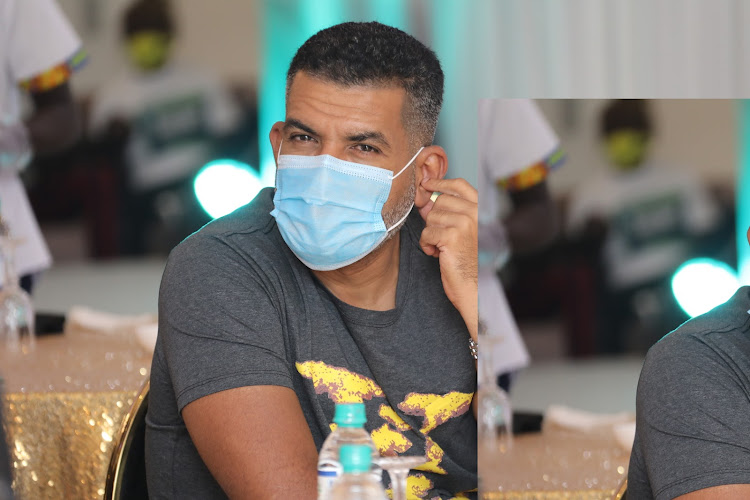 On April 2015, Said Ahmed was among five people who were arrested and later charged with trafficking nine kilos of heroin.

Ahmed, alongside the other accused, faced two counts of trafficking drugs from Kenya to Madagascar through the ocean using a luxurious boat. The heroin was valued at Sh29 million.

In 2018, Ahmed and a Seychelles national who was supposed to sail the yacht were found guilty and sentenced to close to 15 years in prison.

Ahmed said he was a mere fish dealer who got into transport business once in a while to complement his income.

In this particular case, the owner of the luxurious boat “baby Iris” Bilal Kimala had employed him as a boat caretaker.

He alongside the people he was charged with were contracted by Kimala to sail the boat from Kilifi to Madagascar, not knowing drugs had been concealed in it.

Since he was just a labourer, Ahmed said he did not bother to question anything concerning the trip.

However, he was shocked when they were arrested and drugs found in a suitcase inside the car they were driving in and also inside an underwater tank inside the boat they were to sail in.

Ahmed said he was a sacrificial lamb for a crime he did not commit, and neither was he aware of the drugs.

In 2018, the yacht owner Bilal, who had been deported from Madagascar, was charged with drug trafficking.

He was, however, later acquitted by a Mombasa court after the prosecution failed to link him to the consignment.

Was Ahmed’s case an example of how small fish are used as scapegoats in the fight against drugs, while the big fishes go free?

Cases of “small fishes” languishing in jail are not new in Kenya. The question that remains is why no drug baron has ever been convicted.

However, the fight against drugs is about to take a U-turn if a bill by Nacada is passed by Parliament and assented to law.

Stakeholders say the current laws have loopholes, which have given drug barons an easy way out whenever prosecuted for drug charges.

For example, the law gives more attention to people found with or using narcotics, a person found in a room where people are using drugs, or being the owner of the house where narcotics are being produced or consumed.

The law gives a penalty of between 20 years and life imprisonment or fines of not less than Sh20 million.

Even though the law criminalises drug trafficking, the punishment is said to be lenient since these are people at the top of the food chain.

Also, the law is not clear on the use of precursor chemicals as it has not imposed control over it.

The law also does not have a specific provision on how law enforcements officers, such as police officers committing drug trafficking-related crimes, should be punished.

The current law also has loopholes on how persons accused of conspiring either in Kenya or outside should be punished.

It also does not give the concerned police unit powers to secure crucial evidence through interception of communications.

It is such loopholes that gave the popular Akasha brothers a leeway to escape punishment, despite being listed by the US as Africa’s drugs kingpins.

Baktash Akasha and his younger brother Ibrahim Akasha were accused of conspiring to traffic large quantities of heroin and methamphetamine into the US.

The Akashas supplied confidential sources working at the direction of the DEA with 99kg of heroin and 2kg of methamphetamine.

At the time of their arrest, the brothers are said to have had another 500kg of heroin en route from the Afghanistan-Pakistan region towards Kenya for intended distribution in the US.

According to Manhattan US Attorney Geoffrey Berman, Baktash and Ibrahim Akasha were the leader and deputy of a sophisticated international drug trafficking network, responsible for tons of narcotics shipments throughout the world.

"Not only did they manufacture and distribute narcotics for over two decades, they kidnapped, beat and murdered others who posed a threat to their enterprise," Berman said.

He added that when the brothers encountered legal interference, they bribed Kenyan officials — including judges, prosecutors and law enforcement officers — to avoid facing the charges against them in the US.

Their arrest had been as a result of years of investigations, use of undercover detectives who posed as buyers as well as tapping of their communication.

However, all this evidence could not be produced before a Kenyan court as the accused contested the means used in gathering the evidence, considering some were unconstitutional.

This is bound to change if the bill by Nacada pushes through and is assented to law.

NOT BUSINESS AS USUAL

In the legislative proposal, those found with 0.1-50g will be fined not less than Sh20 million or face jail terms of not less than 15 years or both.

Those found smoking narcotic substances, such as bhang, will be fined Sh250,000.

The bill sets down penalties that will correspond with quantities nabbed from drug traffickers in what could see large-scale traffickers pay a fortune in hefty fines.

For instance, traffickers nabbed with more than 101g of the narcotics will pay a fine of Sh50 million or face life imprisonment.

The proposed law seeks to enhance penalties for those engaged in the narcotics business as part of the government's response to combating the menace.

The bill also sets tough penalties for persons who manufacture or have precursor chemicals for producing any narcotic drug or psychotropic substances, and those who transport such materials.

Police officers, investigators and public servants who assist drug traffickers to carry out their trade will be liable to fines of not less than Sh20 million.

They also risk imprisonment terms of not less than 20 years or both upon conviction, in what could instil discipline among rogue officers.

An officer will be found to have committed an offence if he/she aids or abets any offence, which includes concealing the commission of any offence or colluding with any person suspected of committing an offence.

The fines will apply to people who reside outside the country but conspire with residents to commit drug-related crimes.

The bill also requires the Director of Public Prosecutions to seek information from foreign governments on drug suspects if there is cause to believe that such information will assists in nailing drug suspects.

The fines will apply to people who reside outside the country but conspire with residents to commit drug-related crimes.

Mvita MP Abdulswamad Nassir said the bill will boost the war on drugs, especially in the Coast region, which has been named a hotspot of drug use and a gateway for drug supply in Africa.

“Even though there are parts that may be lacking, generally, it is a good bill which needs to be passed into law,” he said.

Nassir said the stiffer punishments for drug traffickers and suppliers will suppress the supply to the common market.

He said the bill seeks to suppress the demand for drugs among users, which will in turn reduce the supply, thus deny drug traffickers a ready market.

Nassir said the motion will be passed because he has mobilised MPs who will support it and ensure it passes.

However, Reachout Centre Trust executive director Abdulrahman Taib said the bill if passed to law as it is will cause more harm to common drug users instead of giving solutions.

Taib said some clauses target the common drug users, who are the majority in terms of people arrested with drugs.

“If we go with this bill, then our prisons will be full because these are the small fishes arrested every day and not the drug suppliers themselves,” he said.

“Will imprisonment of drug users reduce the supply? What next for them after imprisonment? These are some of the gaps that need to be filled,” he said.

The anti-narcotics crusader recommended that the bill introduce rehabilitation instead of imprisonment.

Taib, however, welcomed proposals on drug barons and their suppliers.

“The stiffer penalties for the people on top of the drug chain are adequate and when passed, should be implemented to the core," he said.

He said Kenya should establish a special team comprising the anti-narcotics unit, the DPP, informants and other agencies, which will then handle such cases from investigations to prosecution and later imprisonment.

He said the team will be similar to the US’s drugs enforcement administration and will ensure the implementation of laws.