Be a winner and ditch mathrees for the train

• When public transport works as it is supposed to, it makes everyone’s life much better

• Even expressway should be rethought; it will just be a magnet for more cars and jams 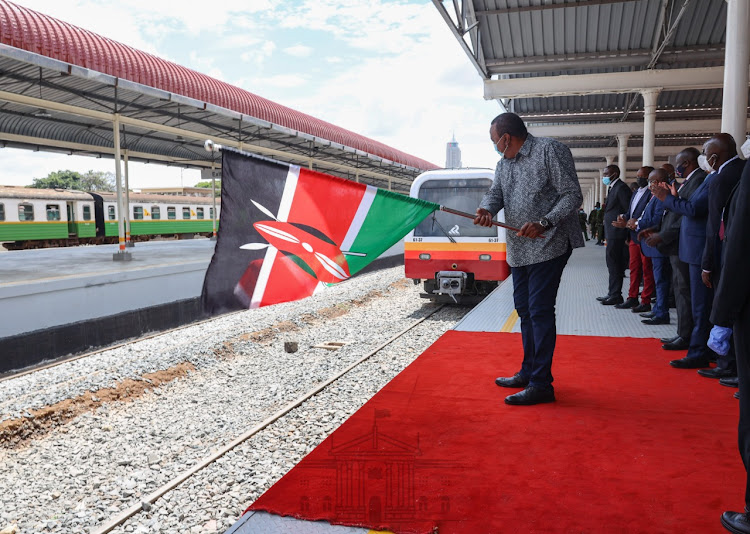 The private company that provides scheduled public transport for Capetonians via its buses is reported to be interested in expanding its operations to become a private participant in the country’s rail sector.

This news, coming in the same week as I read reports from Nairobi of the launch, at long last, of the much-hyped commuter train system, excited me no end.

You see, dear reader, I am a fan of public transport and think when it works as it is supposed to, it makes everyone’s life so much better.

I grew up in Nairobi at a time when you could set your watch to the Kenya Bus’s arrival and departure. Later I lived in London, where the locals complain constantly about public transport but don’t seem to appreciate how good it is.

Now I live in Cape Town, where the public transport system, which is made up of trains, buses and taxis (matatus to you and me), has a myriad of problems.

These issues include copper cable theft from the rails, mysterious incidents of arson against trains that the police can’t seem to get a grip on, as well as a spate of taxi shootings in which several people have been injured or wounded. Also, in the last year, 12 buses have been set on fire and destroyed during service delivery protests.

Nevertheless, the problems mentioned above notwithstanding, when public transport works in Cape Town, it does so fairly well, with decent efficiency and regulation.

Also because it is important to the economy of the City and the Western Cape Province at large for public transport to work well, issues affecting it are taken very seriously and not just by the government authorities.

Last year, for instance, I remember there was a lot of talk by transport officials, planning experts from academia and business, about solutions for Cape Town’s overburdened mass public transport system.

There were and continue to be fears that it could eventually grind to a halt if ways are not urgently found to accommodate a growing urban population and to alleviate increased traffic congestion on the roads. That said, road congestion here is child’s play compared to Nairobi’s constantly gridlocked roads.

Anyway, the notion of the commuter bus company proposing to invest in rail is an idea which could lead to all sorts of possibilities for commuters. It made me think about Nairobi where the matatu industry is organised into saccos.

I have often wondered if the people who own and run the matatu industry in Kenya have any vision other than that of more and more brightly coloured matatus, clogging the roads.

If I had any sway in those circles, I’d be busy trying to convince them to come together as one and like the commuter bus owner in Cape Town, make a serious bid to get involved with the commuter trains.

The thing is, if the trains ever take off and score with the commuting public, Nairobi’s matatus and what’s left of the Kenya Bus Service could end up being the biggest losers.

For instance, they could pitch an offer to the Nairobi commuter rail service and put themselves in a position where they provide and run the buses for the proposed Bus Rapid Transit system.

By the way, the long-distance truckers should have done the same and invested in the SGR freight trains instead of fighting it. They might have scored a win-win for everyone.

Meanwhile, now that we are talking about trains, this would be a good time to convert the plans for that elevated highway that will just be a magnet for more cars and traffic jams into plans for an elevated express commuter rail service or even a monorail. It would not even be that new an idea, after all. Once upon a time, a railway track ran through what is now Waiyaki Way.