This week, there has been much discussion about the two Kenyan films that premiered on Netflix. It started as a good thing… until the conversations started changing course.

Initially, there was excitement about the fact that Kenyan productions were finally being aired on the global streaming site. It’s about time, right? While the two films, 'Sincerely Daisy' and 'Disconnect', made a victorious lap around the globe, locally, they continue to trend on the number 1 and number 2 most-watched films in Kenya.

However, not all the feedback was positive. The big question here, then, is should the Kenyan viewers refrain from critical reviews because the films have put us on the map?

The answer is, absolutely not! As much as we are elated to have our locally made productions on a global platform, we have every right to hold the films to a high standard. Unlike the international viewer, Kenyans have a better understanding of the social context represented in the film.

As Kenyans, we are not a homogenous group, and that is why our reception of the films might have caused a division among the people. Especially regarding the film 'Sincerely Daisy'.

When you want to make films but cannot break into industry

Lack of opportunities, demands for sex and egos of veterans frustrate
Sasa
2 years ago

'Sincerely Daisy' is a film about a young girl whose dreams and ambitions are on the verge of devastation because of her relationships with her family and friends. Although most people appreciated the film for being the first ever-Kenyan film to premier on Netflix, the consensus on Twitter was that the film was not that great. Some described it as a ‘feel-good film’, while others had no problem with the simplicity of the storyline.

As a film critic, I would like to point out two things I find exasperatingly common in Kenyan productions. First and foremost is that the Kenyan film scene is a clique of the same 10 faces that represent the entire industry. You will always see the same actors and actresses in all the prosperous films in Kenya. I often wonder if there is a lack of talent in the country or if the roles are handed out on a ‘who you know’ basis.

The second thing that is vexing about local production is that we seem to categorise thespians and on-screen actors as the same thing. The word thespian is mostly used to represent an on-stage actor. However, the word has been used interchangeably for the word actor in recent times.

Semantics aside, filmmakers need to stop hiring stage actors as on-screen actors. Stage acting does not translate well on-screen. This is probably the reason why many viewers did not appreciate the acting on 'Sincerely Daisy'. 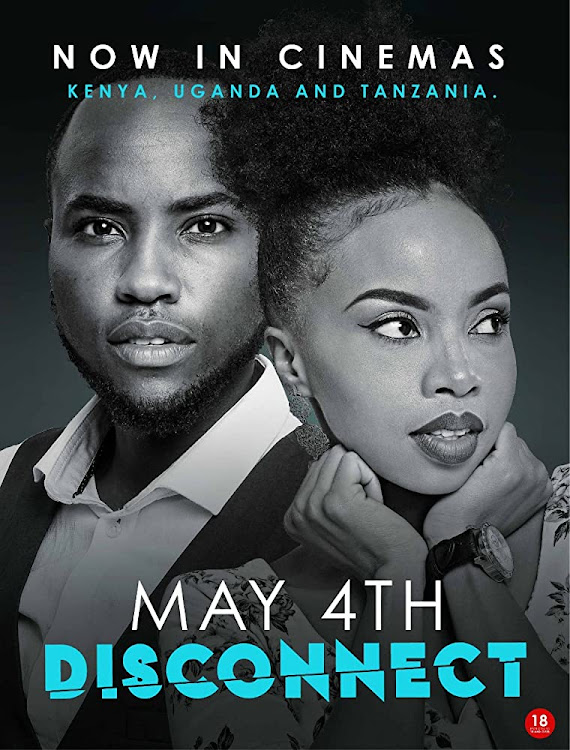 Nick Mutuma and Brenda Wairimu in the poster of ‘Disconnect’, one of the two Kenyan films on Netflix
Image: COURTESY

The second film, 'Disconnect' seemed to have a better approval rating by viewers. I argue that this is probably because of the veteran acting of its main characters. Which brings us back to the first point I made earlier.

'Disconnect' features an ensemble cast of well-known Kenyan actors, for instance Brenda Wairimu, Catherine Kamau, Pierra Makena, Patricia Kihoro and Nick Mutuma. I mean, is there anyone else who can act in this country?

The biggest outcome of the films, releases, however, was an unseen and unintended consequence. The films releases caused an uproar among certain people as they called out the unresolved alleged sexual assault cases of Nick Mutuma. Koome Gitobu accused Nick of sexual assault in 2017.

Gitobu tweeted allegations that Nick harassed his girlfriend at the time outside a club. The matter was resolved privately between the parties but resurfaced last week since Nick stars in 'Disconnect' and serves as producer/director of 'Sincerely Daisy'.

The hashtag #BoycottNickMutuma took a life of its own during the week, overshadowing any other feedback of the films. Enraged activists called out for the films to be taken off Netflix.

Unable to ignore the matter any longer, Nick released a statement on Monday morning on his Twitter page, claiming that the resurfaced issue is affecting his personal and professional life.

Last few days have been a nightmare for me and my family. Here’s my truth. pic.twitter.com/bWy2x9DcgJ

Patricia has since cut ties with Nick, saying she regrets her silence as it “does nothing but enable, empower and protect abusers”. Noting that she had spoken at length with him, she wrote — amid rumours of other victims — “One person forgiving you does not speak for the others.”

What steps am I taking going forward?
I will not work with him, or any other abuser, and will not amplify projects that he or any other abuser is involved in, whether or not I am a part of it. We shot Disconnect before the accusations became public, but what we do now matters.

Hopefully she made her choice after clearly examining the evidence and not based on the word of an alleged victim or the pressure of activists. It takes a fraction of a second to ruin someone’s life and career, so we ought to be responsible for our words and actions.

What to do if you have been raped
Post a comment
WATCH: The latest videos from the Star
by Nabila Hatimy Entertainment Writer
Lifestyle
24 October 2020 - 06:00
Read The E-Paper