Motherhood? No, thanks! Women’s right to choose

I write not to dissuade anyone who is set on having children or to vilify motherhood, but to encourage those who don’t want to that it is okay

• Women seen as selfish, bound to regret not having kids, can be happy, unapologetic 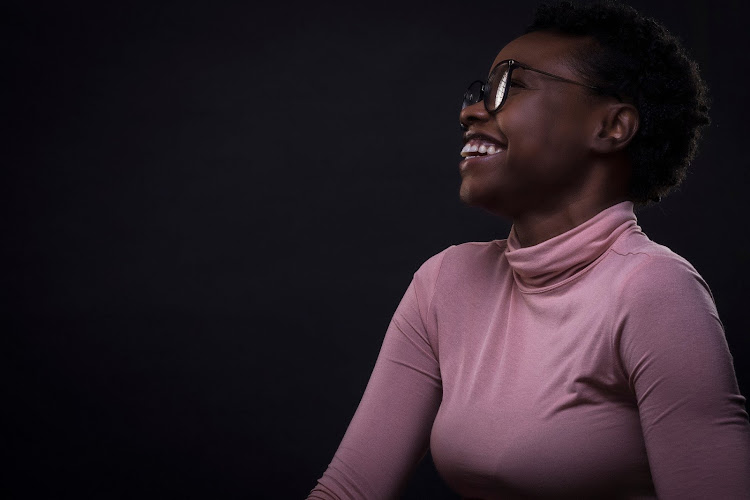 A woman laughs. Having children is not necessarily the key to happiness.
Image: PIXABAY

“A woman who rejects motherhood, who refrains from being around the house, however successful her working life is, is deficient, is incomplete.”

So said Turkish President Recep Erdoğan in 2016, while addressing a women’s association in Istanbul.

Although his sentiments can be deemed conservative rhetoric, the notion that women who reject motherhood are deficient is pervasive and deeply entrenched, even in modern and liberal societies.

The desire to procreate ranks high on the list for many women. Motherhood is often romanticised as an experience that is bound to bring joy, fulfilment and purpose to a woman’s life. In certain contexts, procreation is viewed as a duty that women must fulfill to be accepted, considered worthy and complete. For many women, the pressure to reproduce is immense and there is no alternative.

The few women who deliberately choose not to follow this path often find themselves in uncharted territory — especially when they hit their 30s and all their peers are having children. Their decision not to have children is often questioned and considered bizarre. Some women become pariahs, a cautionary tale of how women ought not to live their lives.

Decades of social programming have instilled misconceptions that propagate stigma towards women who choose not to procreate. Child-free women are often considered selfish, hedonistic and misguided beings, who’ll eventually find themselves alone, feeling sad, regretful, empty and unfulfilled. Nothing could be further from the truth.

Below are five misconceptions that child-free women have to grapple with. 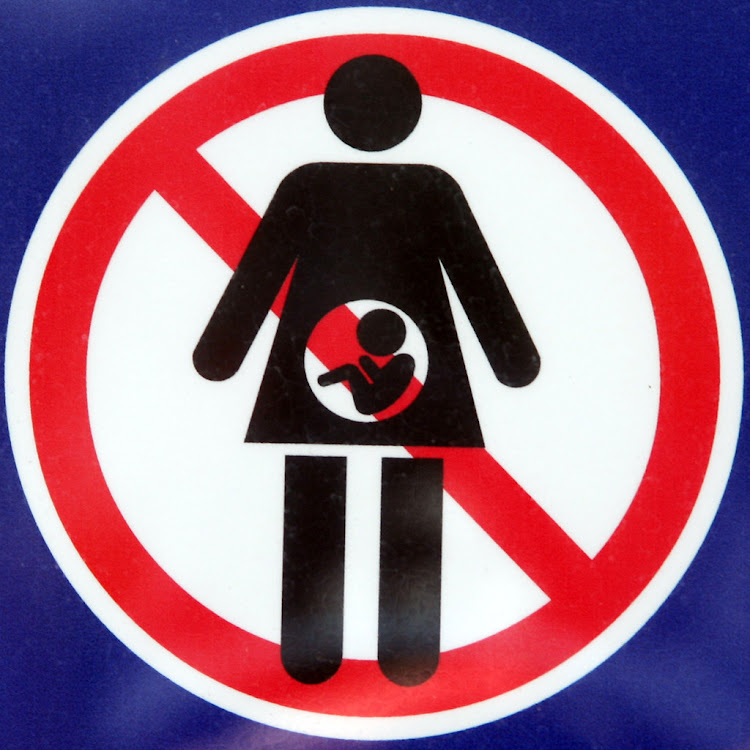 Within the blinkered view that women innately desire to procreate, the desire not to have children is often considered abnormal and irresponsible. But numerous philosophical, personal, economic, medical and environmental grounds reasonably justify a child-free lifestyle.

In the face of potential health complications, overpopulation, psychological trauma, financial limitations, lack of a suitable mate, busy work schedule or a lack of desire to become a parent — choosing not to have children can be the most responsible choice a person can make.

While having children can be a fulfilling and enriching experience, there are also many downsides to having children. Having children is a big, lifelong decision that shouldn’t be entered into lightly. It is physically, emotionally and financially taxing. Those who choose not to have children are, therefore, not misguided or making an unreasonable choice, considering how laborious and life-changing this undertaking is.

The idea that having children is part of a successful adult life draws many to do so even when they are financially and emotionally unprepared. The choice not to is often viewed as failure to mature and settle

The descriptor “selfish” is often associated with women who choose not to have children. Many women who are conflicted about having children often fear they will be labelled selfish and unnurturing.

There are many reasons why women choose not to have children. Some decide not to have children because they value their freedom and are not willing to dedicate 18 or more years of their lives to taking care of children. For others, the desire to live life on their own terms and excel in their careers supersedes the desire to become mothers. While these reasons can be deemed selfish, there aren’t any more selfish than the reasons people cling on to for having children.

People who choose to have children do so for selfish reasons, too. By having children, they hope to feel love and fulfilment. Some also use children as a security blanket and hope when they get older, they’ll have someone to take care of them financially and provide company. But having children is no panacea to loneliness. Many people who have children wind up feeling lonely for various reasons.

The idea that having children is part of a successful adult life also draws many to have children even when they are financially and emotionally unprepared. The choice not to is often viewed as a sign of a person’s failure to mature and settle. Some people have children to fit in and have status in the family and society. Isn’t using children as a currency for social status, fulfilment and security selfish, too?

I was not ready to be a mother, says Tanasha

We all know no one can get through life like that. Regrets are inevitable. Everyone will at some point have regrets about something they did or didn’t do. And that’s human.

Simply having children due to fear of regret is not a compelling enough reason. Many women who choose not to have children have no regrets. Some may look back and regret their decision not to procreate. But that doesn't mean their lives are sad and empty.

Marriage is more than sex and children, says Evelyn

The fear of missing out (FOMO) often leads people who are unprepared mentally, financially and emotionally to have children. Going by the high number of parents who abuse, neglect and feel burdened by their children, where is the fulfilment that comes with having children?

Perhaps it is safe to say that an individual’s fulfilment cannot be tied to another human being. And missing out on some experiences is part of life. You can’t experience everything or have it all. For every choice you make, there are innumerable experiences and opportunities you’ll miss out on.

The notion that a child-free life is an unfulfilled life is flawed. Having kids is not synonymous with fulfilment. Not having children is not necessarily the lack of something; it can be the presence of something else. It could be the presence of more time, freedom and energy to engage in other meaningful pursuits that bring fulfilment. While raising children can be a great experience, not having children can also be a great experience by itself that should be given space and consideration.

Women have a right to pleasure

Culture is not a reason to deny women pleasure. Neither is religion.
Opinion
2 years ago

Since there are also men who do not want children or already have children from previous relationships, child-free women can still find partners and build fulfilling relationships and marriages.

One of the most common conjectures about child-free women is that they are promiscuous and hedonistic. In cultural contexts, where women’s sexuality is policed in the name of morality, religion and traditional values, the decision not to have children is often met by judgement and righteous indignation.

There are implicit and explicit assumptions that child-free women are pleasure-seeking social deviants with no sexual inhibitions or sense of responsibility. As a result, they tend to engage in meaningless and transient sexual relationships. The word “lesbian” is sometimes thrown around to describe child-free women.

Not only are these assumptions distorted but they are also based on a false dichotomy, where unless one toes the line and conforms to social norms, their choice to be different is abhorred and considered wrong. There is no positive correlation between being child-free and promiscuity. 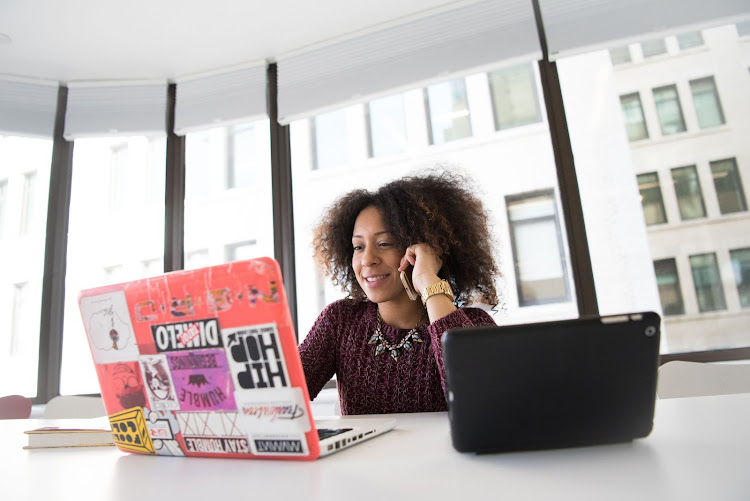 A woman works on her laptop. Women can still have a fulfilled life without children.
Image: ICONSCOUT

I write not to dissuade anyone who is set on having children or to vilify motherhood, but to encourage those who don’t want to that it is okay. Your choice not to have children is perfectly reasonable. Your life will not be less happy, meaningful or fulfilled just because you choose not to procreate.

Having children is not for everyone. While women are biologically programmed to procreate to ensure the survival of genes, procreating is not an obligation that anyone should place on themselves. It should be a personal choice and not by social fiat.

A child-free lifestyle should not be a taboo or considered bizarre. It is time to push back against cultural stigma and normalise the idea of choosing not to have children. Just because you can.

Emelda Makos is a journalist, filmmaker and communication scholar based in Denmark. Website: emelda.net