Jealousy and bias claims loom large in polygamous unions, with even men getting frustrated

• Women grapple with being co-wives, while men fear conflict arising between them 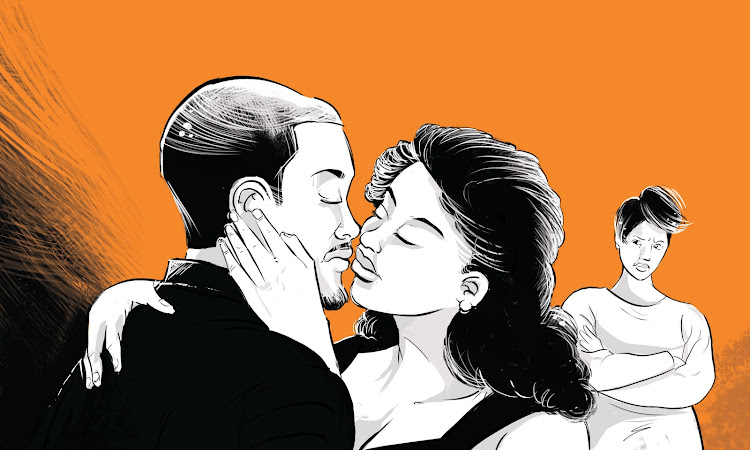 As a man, would you rather have your other family remain a secret only for them to come out and fight for their space during your funeral, or would you introduce them to each other?

And as a woman, would you rather know your co-wife/wives or let them remain in the dark and only come out of the cocoon when “your” husband dies.

Kassim Abdullah* (not his real name) said sometimes he regrets marrying two wives, while sometimes he feels like marrying a third wife will give him peace.

Abdullah, a clearing and forwarding agent in Mombasa, said even though Islam allows polygamy, no woman will be comfortable when her husband brings in fresh blood.

“When I wanted to bring the second wife, my wife consented to it. But now it has turned out to be a jealousy affair, with both of them accusing me of favouring the other,” he said.

He said he is always careful on how he treats either wife lest he turns their homes into a battlefield.

With both wives living in the same village but in different houses, Abdullah said he has to accord both wives the same attention, even though he would prefer being at the house of the second wife.

“I have come from far with my first wife, when I was a fish seller, and I respect her for that. The second wife is a business-minded woman. But when they disagree, it is hell,” he said.

Despite that, Abdullah already plans to bring in a third wife, whom he said will give him peace of mind and solace and make him escape the wrath of the other wives.

He said men want peace and if it is not guaranteed at home, then they are bound to look for it somewhere else, no matter how expensive it is.

However, he is in a dilemma on whether to introduce her to her co-wives or not.

“It will not be my wish to keep her a secret, but I would not want to introduce her to her co-wives because the heat will turn against her and it is most likely they will gang up against her,” he said.

How marrying wrong can lead you to depression

Pastor Ben Paul* said even though he is in a polygamous union, he would never advise any of his “sheep” to follow that path.

Paul, who now ministers in a Nakuru church, said it was not his wish to be in a polygamous family but circumstances forced him to it.

At the age of 24, Paul impregnated a girl he was dating and had to marry her.

At the time, he had just moved from his rural home to Mombasa, where he was staying with his elder brother, and he knew nothing about marriage life.

“After we got married, I got to know about her true colours and attitude. When I was appointed a pastor at our church, she did not support me,” he said.

He said it was precisely because of her attitude to his church issues that he decided to marry another wife.

“One day I told her I’m going to get a new wife and she dared me to go ahead. I was already tired with her attitude and nagging, so I decided to get someone who would give me peace,” he said.

Funny enough, when he introduced the wives to each other, the first wife welcomed the second wife, which was contrary to his expectations.

Paul said they used to live under the same roof and shared the kitchen but each wife had her own bedroom.

For fear of what the first wife might be planning, Paul used to force each wife to taste the food each one of them had cooked.

However, his decision to have two wives landed him in the black books of the church. He had to step down before the church excommunicated him.

Years later, Paul regrets taking that route but cannot do anything but advise other men not to wish for such unions.

“Maintaining two families is very expensive and costly. It requires wisdom and patience. As a man, you also have to stand your ground and avoid being seen as if you are favouring one side,” he said.

Despite all the challenges, he has been able to ensure his children see each other as siblings and not children of different wives.

'Put up and shut up': Polygamy breeds poverty for Kenyan women, children

It was after 21 years of marriage and six children together that Joyce's husband brought home his second wife, without any discussion or ...
News
3 years ago

GROWING UP UNDER POLYGAMY

Amina Abdi*, who has grown up in a polygamous family, has mixed views due to her life circumstances.

Abdi’s father married a second wife when she was 12 years old.

At that time, she could not understand the advantages or disadvantages of having a second family.

However, as she grew up, she slowly discovered the disadvantages of being the first family of her father.

“The attention my father used to give us reduced. He would spend much more time with his young family than us,” she said.

“In terms of provision, that, too, was affected because he had to provide for two families, meaning he had to divide the provision into two.”

She said this shaped how she perceived polygamous families, despite knowing their religion permitted it and even gave room for up to four wives.

Years later after she got married, she made it clear to her husband that she was not willing to share him with any other woman.

But while she was opening her heart, deep down, she knew if the husband wanted to bring in a new wife, it was not her place to stop him.

Abdi later became widowed. And now being single with a child, Abdi’s perspective on polygamy has softened and she seems to be thinking of being married as a second wife.

“With my husband’s death, most proposals I am getting are from married men, who want to take me as the second wife. I have no problem with it as long as the first wife consents to it,” she said.

Abdi worries how the first wife would feel once the husband brings her co-wife.

But she is not bothered that when she gets married as a second wife, chances of her husband bringing in other wives are high.

She would rather contend with having co-wives than the husband having numerous “mpango wa kandos”, who only come into the open when death strikes.

“I do not care if he brings other wives, as long as my needs are met. The worst mistake will be to keep her a secret and only for her come out when he dies,” she said.

Double blow of losing husband and fighting with secret wife

Cases of suspected second wives who have been kept in the dark are not new in Kenya, especially in cases where famous men are involved, such as politicians.

These women come out in funerals and claim to be wives of the deceased and demand for recognition and to be involved in the funeral arrangements of their “husbands”.

In some cases, these claims are backed by evidence, such as children sired during the union, while in other cases, they remain allegations as they lack evidence to prove them.

Last year, after the death of Kibra MP Ken Okoth, a nominated MCA came out and claimed the deceased had fathered her son. She thus wanted to be involved in the funeral plans.

In 2014, after the death of Homa Bay Senator Otieno Kajwang, an unknown woman claiming to be his second wife came out seeking to be involved in his funeral arrangements.

Prominent Eldoret businessman Jackson Kibor is a polygamist at heart, while the late Mugithi maestro John De Mathew put up a show of unity during his funeral.

However, the law was not clear on how properties should be divided in cases where one of the wives bolts out of the union.

In a ruling by Mombasa family division judge Mugure Thande, the wife who wants to quit the union has to prove her contribution towards the acquisition of the property.

In the ruling of a case (ESK versus SSS), Mugure said as long as the wife had a monetary or non-monetary contribution towards the property, then she is entitled to a percentage of it during the divorce.

I am ready for death, says much-married politician and farmer Jackson Kibor

He says Raila deserves presidency, Ruto should be humble and go slow
News
1 year ago
by BY MALEMBA MKONGO
Lifestyle
02 October 2020 - 03:50