STARTED FROM THE BOTTOM

Former Dadaab refugee runs for City Council in the US

• He spoke to the Star on his immigration journey, activism and race relations amid police brutality 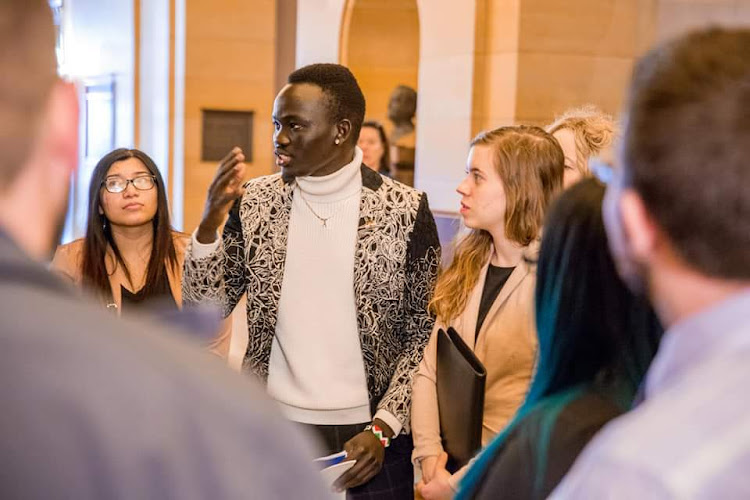 Oballa Oballa (centre) speaking to some of the students in colleges around Minnesota
Image: COURTESY

He was forced to flee his home country of Ethiopia to escape the Gambella genocide, which saw more 424 of his tribesmen die and thousands more displaced.

Together with his family, Oballa Oballa walked the distance between Ethiopia and South Sudan for two weeks.

"From South Sudan, we got a small airplane that took us to Kenya, where we lived in the refugee camp for more than a decade before God gave us the opportunity to get resettlement," he said in an exclusive interview with the Star.

The decade spent at Dadaab Refugee Camp in Kenya was something Oballa, now 27, says he will never forget.

"My entire family lived on a dollar a day or 50 dollars a month, sometimes nothing. I still remember how we would starve when food donations were not made because of insecurity in the camp," he said.

His family starved for four days but his mother reminded him it was better to be safe than to go back home and be slaughtered like his uncles.

"Even once we were chosen for resettlement, it took forever before we were granted permission to come to the United States. We had to go through a lot of interviews and were constantly having to prove to different lawyers that our story was true," he said.

After almost three years without any progress, at the end of 2012, they finally saw a glimpse of hope and in 2013, they finally moved to the US.

After being granted citizenship in December last year, he has decided to run for Austin Minnesota City Council first ward.

"It (citizenship) has opened so many opportunities for me, such as running for local office, voting in the election and serving on the jury," he said. 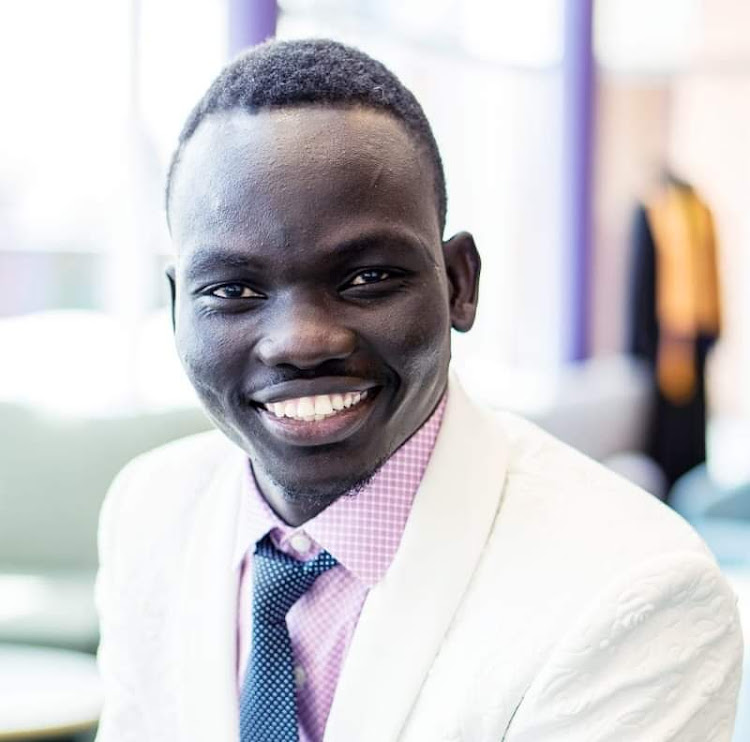 After arriving in the United States, Oballa and his family moved to Maryland before he went to Sioux Falls, South Dakota, for training.

His mother moved to Austin, Minnesota, and Oballa joined her thereafter, completing his Certified Nursing Assistant certificate. He also received his high school diploma there.

"I graduated from Riverland Community College last May with an Associate of Arts and Associate degree in Human Service, and I am now pursuing a bachelor’s degree in social work at the College of St Scholastica with the long-term goal of becoming an immigration social worker," he said.

"For the last six years, I have been working two jobs, going to school full time and making sure my mother will never run out of food or worry about her rent going past due dates."

Apart from work and school, Oballa has also been very active and vocal within the local community in Austin. He worked with LeadMN, an organisation representing 180,000 two-year college students in Minnesota.

"I got elected to serve as vice president and president of LeadMN and championed for some Bills by testifying at the State capitol," he said.

Some bills championed by Oballa include a bill to combat food insecurity on campuses and provide open electronic textbooks to bring down the cost of course materials.

Oballa also travelled around, visiting Minnesota community colleges and talking to students to take their concerns up with the board of trustees and then the house and senate.

"This is the American dream I had been striving for, and I could not have achieved all of the above if not for my mother and the great people of Austin," he said.

Oballa is happy he finally has a place to call home and is willing to work hard and contribute to the United States "any time when needed".

"I always tell my friends if you don't succeed in America, there is no other country on this earth you will succeed in. This is the only country where you will come in with nothing and make something for yourself if you work hard," he said.

Kenyan students excel as engineers in the US

LAND OF THE FREE

Over the past few months, conversation in the United States has shifted to race relations amid ongoing protests over police brutality and systemic racism against the black community.

For Oballa, despite race and racism being thorny issues in his new country, the Black Lives Matter fight needs everyone's efforts and support. He says systemic racism is not new and Black people have been fighting it for over 400 years.

"It doesn’t matter what your race is as long as you care about humanity and want to end this systematic racism, you need to be part of the discussion. Since I moved to America, I have been using my voice to stand with other people of colour to address issues affecting black people in America," he said.

Speaking of the Immigrant Law Centre of Minnesota, Oballa also touched on racism in the incarceration of black persons.

"I’m excited about jury duty. It is a privilege. Looking at my background, even as a citizen, I might be less likely to be picked for a jury, but having my voice and being someone who is civically engaged in the community, I can volunteer myself,” he said.

"There are a lot of immigrants, refugees and black people being convicted and sent to jail because there aren’t juries who represent them. I am also looking forward to running for office to represent my community.”

Oballa has been involved in conversations about the growing trend of African Americans returning to Africa, in light of racial tension and police killings.

"I have had a few friends of mine who are African American ask me why Africans are coming to the United States and leaving the motherland, and my answer is always simple: I tell them my story," he said.

"I fled my country because of the genocide. The same systematic discriminations have been happening to my tribe of Anyauk for centuries. I cannot go back to my country because things are not safe for me and my people there," he said.

Kenyan who led a 'Haki Yetu' anti-racism demo in America

He was driven by Floyd's video, police brutality in Kenya, personal experience
News
1 year ago

Despite a long-running history of racism, Oballa adds that not everyone is a racist in America. He, however, still hopes to return home one day, when it is safer, and to help his community rebuild their lives.

"There are few people who want black people and other people of colour to succeed in America. For me to bring real change in my country of Ethiopia, I have to get a good education here first and then take that knowledge back home and teach those who did not have the opportunity," he said.

"Africa is home and no one will forget about it, but as of now, most African countries lack good leadership that will govern her citizens to thrive."

The politician views immigration as one of the biggest issues currently and hopes to be a voice both within immigrant and refugee communities.

“People are saying refugees are only here to bring the economy down. That is not true. I myself did not come to the United States to beg. I came here to work and have a better life. Refugees are boosting the economy of the US," he said.

"So if someone who doesn’t know a refugee’s background says, ‘You people make America bad,’ we have to look back — who is saying that? Apart from Native Americans, everyone in this country is either an immigrant or a refugee. So I feel like people shouldn’t make that decision that, ‘We don’t allow you here.’”

After completing his Bachelor's degree, Oballa hopes to pursue his Master's in social work and psychology.

"Helping people in need is what I am most passionate about. I want to work as a social worker or in a setting that will enable me to assist people with different needs. I have always had a passion for helping those who are in need and my career path will enable me to do so," he said.

He also hopes to run for State Senator, should he stay in politics for long.

Missionaries found him ministering at refugee camp and helped him go to university
News
2 years ago
by NJERI MBUGUA News Reporter
Lifestyle
04 September 2020 - 05:00