• Covid-19-positive women can still breastfeed their babies if they wish to, says WHO 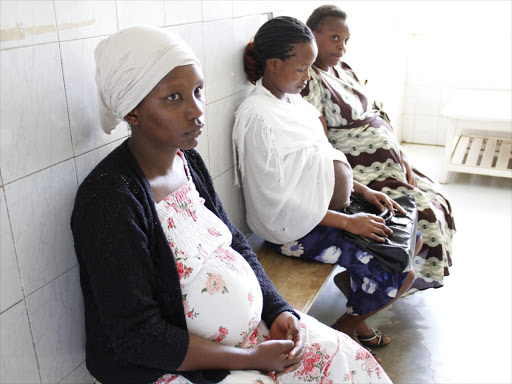 At four months pregnant, Ruth Njogu did not anticipate she would have to protect herself and her unborn child from a global pandemic.

Njogu, who is from Embu, has to visit the doctor once a month for her antenatal care visits, but her greatest fear has now become visiting hospitals.

"My main fear is going to the hospital because of the risk of infection there. For a pregnant woman, my immunity is not at its best," she said.

Njogu, who is due in October and delivered her last child at Aga Khan Hospital, also has a lot of anxiety over when the pandemic will end.

"I keep wondering whether this will be the situation when I am due, and then that raises the question of how I will go about it; do I do home delivery or go to the hospital?" she said.

"You cannot really plan for anything during this time."

Njogu adds life has completely changed, leaving her confused on what to do.

"I live in Embu but commute to Kirinyaga using a matatu for work. If I was still required to go to the office, I would be afraid because of the risk of infection for me and the baby," she said.

During her last antenatal check-up, Njogu used a gynaecologist.

"However, I cannot afford to pay a gynaecologist for antenatal clinics, so I still have to go to the hospital," she said.

"I was also talking to a friend who advised me that home delivery, which I was considering, is not the best option in Kenya. A hospital delivery will be safer."

Will the stay-at-home directive lead to the birth of more children?

Another fear she has is the possible neglect she might face at the hospital because of the Covid-19 situation.

"Some facilities are neglecting other patients and putting more focus on the coronavirus patients, which could be dangerous if the other patients require urgent medical attention," she said.

She had gone to get some groceries she needed during her last month of pregnancy when she was harassed for being outside.

"People were telling me I was not doing the right thing and that as a pregnant woman, I should not be outside. However, sometimes you are the only one who knows what you need and where to get it," she said.

Elsewhere, Maria, who lives in Nakuru, delivered her child last month, missed out on a celebration and completing shopping for her child.

"My friends had planned a baby shower for me that had to be cancelled because some of them were coming from Nairobi and didn't want to risk contracting the virus and spreading it to me," she said.

"I felt bad because I would have loved a baby shower."

When it comes to shopping for her new baby, she had to resort to the more expensive option because flea markets such as Gikomba were nearly empty.

"There is no place now to purchase second-hand clothes and one is forced to buy them at the shop, where they are expensive, or call someone who sells them to bring them to you, which is also expensive because they may increase their prices," she said.

When she was due for delivery, she had to undergo a Caesarean section and was required to wear a mask.

"I had difficulty breathing because of the mask and when I was in labour, the heat was unbearable," she said.

After coming from delivery, she could not move much because of her fresh wounds. Her husband was only able to visit her once.

"The nurses were also not keen like there was one nurse who came to clean my area and change my beddings," she said.

"I remember she took my baby and gave it to the patient next to me, which I found irresponsible because we did not know her status and I felt my child was placed at risk."

Another incident was when a security guard, on the pretext of coming to monitor the room, took her charger.

"I didn't know where he had come from, whether he was a potential carrier of the virus and I had seen him sanitise, so I was angry when he just came and took my charger. I told him if he needed to use it, he had to sanitise and gave him my hand sanitiser," she said.

Since she could not receive any visitors, she had difficulty performing tasks when the nurses were busy.

"I was very frustrated and even cried because I was alone and if something was a few metres away from me, I could not access it. I begged them to allow just the child's father to come to help me but they couldn't," she said.

However, even after going home, Maria is constantly stressed out, thinking about the virus.

Her baby's father, who works in sales, cannot work from home and leaves for the office daily.

"I get worried because I don't know who he has interacted with while at work, if they are safe and if he is safe when he comes home to us," she said.

"I know the mask can get uncomfortable and sometimes people remove them to breathe better, and things like those make me even more worried."

The new mother has thought about going to live with her mother until things cool down, but she also does not want to leave her husband alone.

"I am just living in fear. When he comes home he has to remove his clothes and place them in a washing bucket, then take a shower before he can see or hold the baby," she said.

Maria is coping with her fears by talking to him about them and making sure they are on the same page.

"I'd like to advise pregnant women or those with children and with working spouses or partners to talk about their fears so they can find solutions," she said.

"Like for me, if I don't talk about the stress, it may affect my milk production, which will affect my baby."

Research is underway to understand the impacts of Covid-19 infection on pregnant women. Data is limited but at present, there is no evidence that they are at higher risk of severe illness than the general population.

According to the World Health Organisation, because of the changes in their bodies and immune systems, we know that pregnant women can be badly affected by some respiratory infections.

"It is, therefore, important that they take precautions to protect themselves against Covid-19 and report possible symptoms (including fever, cough or difficulty breathing) to their healthcare provider," WHO said.

The organisation adds there is no conclusive data or evidence to show pregnant women can pass the infection to their foetus or baby during pregnancy or delivery.

"To date, the virus has not been found in samples of amniotic fluid or breastmilk," wrote the health organisation.

According to WHO guidelines, a safe and positive childbirth experience includes being treated with respect and dignity, having a companion of choice present during delivery and clear communication by maternity staff.

Others include appropriate pain relief strategies, mobility in labour where possible and birth position of choice.

All pregnant women, including those with confirmed or suspected Covid-19 infections, have the right to high-quality care before, during and after childbirth. This includes antenatal, newborn, postnatal, intrapartum and mental health care.

In case the mother is infected with Covid-19, WHO advises she can still breastfeed if she wishes to do so.

"They should practice respiratory hygiene during feeding, wear a mask where available, wash hands before and after touching the baby and routinely clean and disinfect surfaces they have touched," WHO says.

However, is the mother feels too unwell to breastfeed or other complications, she should be supported to safely provide her baby with breastmilk in a way possible, available and acceptable to them.

Mothers are advised to express milk, practise relactation or use donor human milk.

Need for immunisation will increase as well as pregnancy-related complications.
Health
2 years ago
by NJERI MBUGUA News Reporter
Lifestyle
24 April 2020 - 05:00