Coronavirus will leave us with must-have fashion accessories

Strange as it sounds, it would be a case of history repeating itself 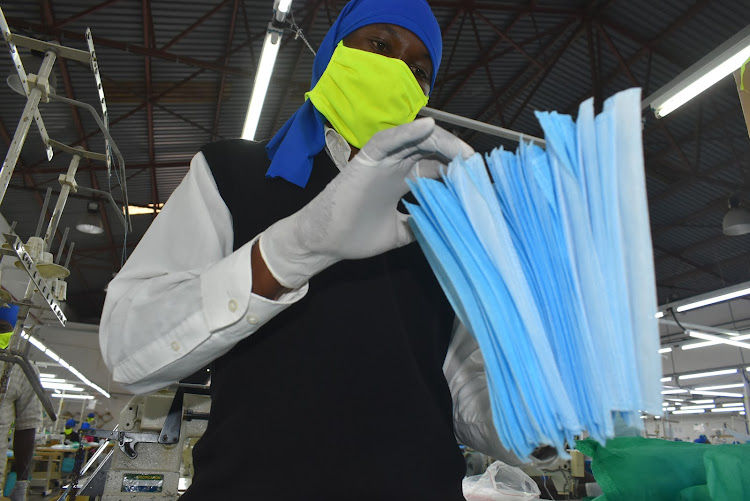 A worker sorts face masks that are still in production
Image: ANDREW KASUKU

I have never claimed to be a fashionista, though when I make an effort I can be quite stylish, if I say so myself.

Of course, style and fashion are two separate concepts that occasionally intertwine.

Recently, while thinking of life after this pandemic, it occurred to me that the though the world may not recognise it yet, we could be on the edge of a couple of stylish fashion comebacks — the return of veils and gloves.

Think about it. We are already all meant to be wearing gloves to protect ourselves from the virus, which could be lurking just about on any surface we touch, from door handles to desk surfaces.

Also, we have all been forced to don face masks and or face visors, which really might as well be veils covering our noses and mouths.

I am old enough to remember a time when it wasn’t just brides at white weddings or (conservative) Muslim women who wore veils. I also recall when both men and women wore gloves — not so much in my day-to-day life in Nairobi but in the movies and TV shows I watched.

Just to make sure I wasn’t the victim of a false memory, I checked out some old photographs I have and cross-checked with the Internet, where I confirmed that in some countries, “The practice of smart, conservative women routinely wearing gloves in public was common up to the 1970s, and had not completely vanished in the mid-1980s."

It would seem gloves were regarded as "an essential part of a well-groomed woman's engagement with the outside world”.

According to a style guide I consulted, “A pair of gloves is one of the most overlooked fashion accessories."

While wearing gloves gives an outfit an element of sophistication, they can also be somewhat menacing. Who can forget OJ Simpson's charismatic lawyer, Johnnie Cochran, who in the 1990s was talking about men wearing gloves when he coined a phrase that would become an enduring motto in pop culture, "If it doesn't fit, you must acquit.”

For those who will want to claim these accessories are too foreign, you must know that traditionally, some of our African cultures once required the wearing of masks, so it is not as if the whole concept is alien.

Also, according to another article I read on the BBC website, “In some cultures, it is men rather than women who are expected to wear a veil.”

For evidence of this, look no further than the veil-cum-turban of the Tuareg tribes of North Africa.

Further investigation revealed that in contemporary times, “Sufi mystics in Cairo continue a long tradition of veiling when they go into retreat, to isolate themselves from the world.”

So when the coronavirus is finally sorted, whenever that is, how much do you want to bet that the followers of fashion won’t all be in gloves and veils as a statement of their personal style?