Being a spin-off of a highly successful franchise, it comes with a higher bar set to it.

• The easy friendship between Hemsworth and Thompson is what keeps the audience going to the end.

• It’s not even disappointing that this film is lacklustre, we partly expected it. 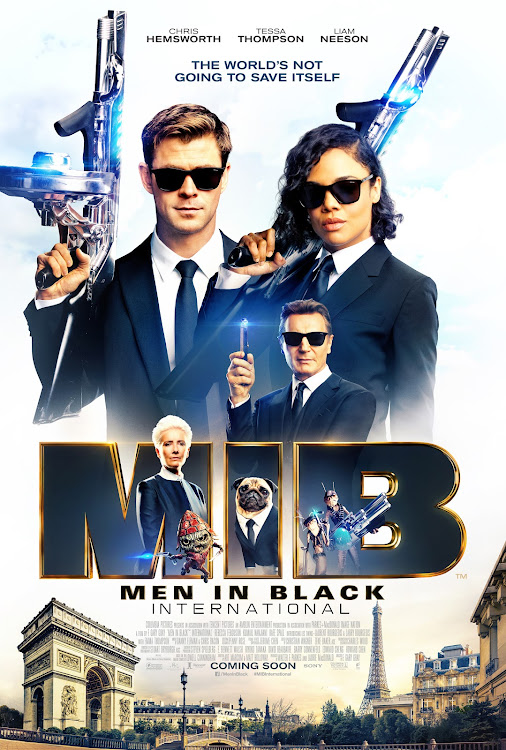 A young couple hear a commotion outside their house and when the husband goes to check, he returns to tell his wife that it is a creature he cannot describe. In panic, they call the police, but the Men in Black show up and erase their memories.

A young Molly witnesses her parents being neutralised from her bedroom window. She also meets and helps the creature her father had seen. An alien. Years later, Molly becomes obsessed with aliens and finding the Men in Black.

Although she is incredibly intelligent and would be a valued asset to the FBI and CIA, she’s rejected because of her interests in aliens. Molly manages to track down the headquarters of the MIB and convinces Agent O to let her join. Agent O allows her to work for the agency for a probationary period. And Molly (now Agent M) is sent to London to be trained under High T.

Molly is partnered with Agent H, High T’s former partner. While on duty guarding an alien named Vungus, they are attacked and Vungus is critically injured.

Vungus hands M a weird crystal and tells her that he doesn’t trust H as he’s changed over the years. The two discover that the crystal is an incredibly dangerous weapon. The two are followed by the alien twins who attacked Vungus as they wish to retrieve the weapon. H and M work together to retrieve the crystal and ultimately finding out who is the mole at MIB.

The film is a spin-off of the Men in Black trilogy, which starred Will Smith and Tommy Lee Jones. Being a spin-off of a highly successful franchise, it comes with a higher bar set to it. Most spin-offs end up not living to the greatness of the originals.

Therefore, it’s not even disappointing that this film is lacklustre, we partly expected it. The easy friendship between Hemsworth and Thompson is what keeps the audience going to the end. As it is, fans have already seen the duo share screen time on Avengers and Thor.

The movie, which is almost two hours long, is the fourth entry in the sci-fi franchise.
Sasa
2 years ago
by NABILA HATIMY
Lifestyle
22 June 2019 - 06:00