Let's talk about our periods

In many cultures, a menstruating woman is deemed to be impure

-Kenyan women of Asian origin are made to sit away from everyone else in their families during the first three days of their periods.

-When eating, they are given a different set of utensils and have to eat in a separate area to others in the household. 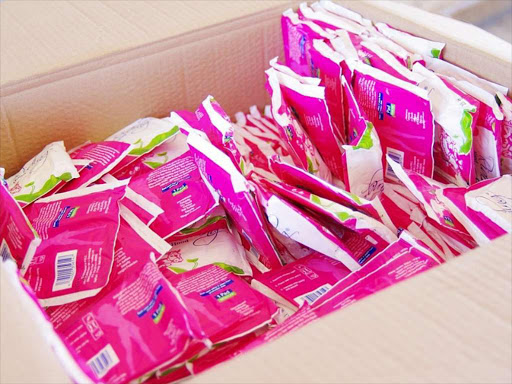 Every month, for a week, women bleed.  A woman’s period is often seen as a rite of passage from girlhood to womanhood. Yet it is something that is rarely addressed on a daily basis by people, let alone on an online platform.

There was a stir in this notion last month when Kenyan women took to Twitter to protest against Always providing substandard pads to its Kenyan users.

They used the hashtag #MyAlwaysExperience to talk about how they had developed rashes upon using the product.

“I always thought I was the only one feeling itchy, getting rashes and feeling really uncomfortable on a hot day, until I switched and stopped using Always,” one Twitter user shared her experience about the product.

Plenty of other women shared similar experiences, talking freely about their periods on a public platform.

Despite being entirely natural, in many communities, periods are considered to be a taboo, and women are often stigmatised, shamed and shunned for being on them.

One such community is the South Asian one, who have a large diaspora in Kenya.

“You feel like a burden, as if you’ve committed a sin for getting your period.”

This is how Mohita Abbarju is made to feel when she is menstruating. In many South Asian communities, a menstruating woman is deemed to be impure.

This idea of impurity roots from religious, cultural and societal beliefs, and often bars women from going about their day-to-day activities.

Mohita hails from a Hindu family. Her father’s side of the family is Brahmin, the uppermost caste in Hinduism’s caste system. “They are extremely conservative.”

Women in her family are made to sit away from everyone else during the first three days of their periods.

When eating, they are given a different set of utensils, and they have to eat in a separate area to others in the household.

Mohita says: “They cannot touch anything outside of their designated space and are not allowed to wash clothes, cook or clean.”

When Mohita visit’s her father's side of the family, she is expected to abide by these rules.

“Once my fingers accidentally brushed against a freshly washed bedsheet, and within minutes they were washing it again.”

She is also forbidden from participating in religious activities, whether that’s praying privately at home or attending a special religious occasion.

This is a practice that is common among a vast majority of the Hindu community.

Pundit Dipak Bhatt is a Hindu priest. He explains that the Hindu shastras (book of guidance) says menstruating women should not cook and must remain separate from others in their household because they are considered to be unclean and lack purity.

Being impure is also the reason women are forbidden from offering prayers and participating in rituals.

Pundit Dipak says: “When on your period, you are not allowed to enter the temple, perform any rituals or make any offerings to God. And if you do, it is up to God if He wants to accept these or not.”

When questioned whether this should change, the pandit says he is unsure. “I don’t know whether women feel humiliated by these rules, or if they agree and feel impure when they’re menstruating.”

He says ultimately it is God who controls a woman’s period.

“And if you’re excluded from temples, it’s not a big deal because God is everywhere.”

South Asian Hindu women are not the only ones tarnished with the “impure” label when menstruating. Muslim women also have to grapple with this notion.

Aiesha Ahmed is a practising Muslim.

She explains that before praying, Muslim men and women perform Wuzu (religious ablution), where they wash their hands, feet and face in order to be pure for prayer.

According to Aiesha, religious teachings state that the constant flow of blood during menstruation is said to break the Wuzu, hence forbidding Muslim women from praying when they are on their period.

While this belief may be rooted in religion, the stigma around periods means that Aiesha’s mother does not like her to show any sign that may suggest she is on her period.

For example, if she is using a hot water bottle to ease menstrual cramps, she is not allowed to do so in front of anyone in case they realise why.

Similarly, during the month of Ramadan, in which Muslims fast from sunrise to sunset, women are not permitted to observe the fast while they are menstruating.

Aiesha’s mother has told her that during this time, she has to pretend she is fasting. “It’s like no one should find out I am on my period. It is as if I am tainted,” she says.

What Aiesha says is reminiscent of a quote by Maia Schwartz, which sums up the attitude many communities have towards women and their periods: “Menstruation is the only blood that is not born from violence, yet it's the one that disgusts you the most.”

In Kenya alone, it is reported that 42 per cent of young Kenyan women don’t have access to sanitary products, and the period stigma is likely to add to this. It is often the young girls in rural Kenya who bear brunt of this, where, due to the unavailability of sanitary products, they are made to skip school, which could curb their self-esteem and growth.

Following the #MyAlwaysExperience protests on Twitter, the Kenya Bureau of Standard has launched an investigation into Always.

“The only reason it has gone on for this long is because speaking about your period was considered taboo. Cheers to breaking barriers,” one Twitter user said about the protest.

Let's not stop talking about our periods. Look how far it can take us.