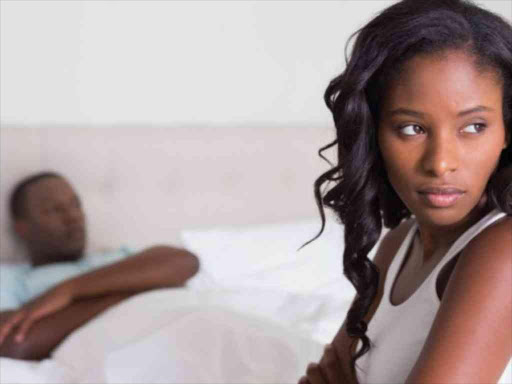 ":One study, from the University of Groningen and conducted in 2005, found wearing socks to bed actually improved the sex lives of couples." /COURTESY

Ever since I discovered that Santa wasn’t real and my boss had hired an escort to fulfill my Santa fantasy, I’ve become suspicious and untrusting. That experience has me doubting everything and everyone now.

I feel like the random acts of kindness I received from strangers over the years were a lie, too. Perhaps it was my mother lurking in the shadows, getting me everything I needed or wanted.

I feel violated. I hate that my boss read that letter. I know that his heart was in the right place but that was still my personal correspondence. To make matters worse, I keep dreaming about that big, white beard. It haunts me. I wake up in the middle of the night in a cold sweat, running away from a beard with no face. The whole experience has put me off men.

I think I should try abstinence this year. I have never really tried to go without sex for longer than a week, and now it’s been three. That’s not bad. It’s a record, in fact. Me, celibate? Ha! Who would have thought?

Although technically, the term celibacy came about on religious grounds, so I really should keep calling this abstinence. I’m not sure which religious genius thought celibacy was a good idea, though. Ancient Judaism was not down for it. The Romans were not having any of it and imposed fines against those who did. Much later, when they embraced Christianity, the Catholic Church still did not require their priests to be celibate for 1,000 years.

Islam has some sects that embrace celibacy but majority follow the teachings of the Prophet, who felt marriage was commendable. Even Buddhism, which is the gold standard for celibacy, has monastics in places like Japan, whose nuns and monks marry after receiving higher ordination. So if all these high religions have said at some point or another that celibacy really isn’t a thing, who am I to contradict them? Yet here I am, having gone three weeks without sex, and not in a hurry to have any.

My phone rings. It’s my boss.

“Hello?” I answer, apprehensive to speak with him.

Ever since he organised for the escort, he has changed around me. He is more familiar now. Looser. He makes random comments and always has a dirty joke. It’s like he feels we have a camaraderie based on the fact that he paid someone to have sex with me.

“Samantha, what are you doing this evening?” he doesn’t wait for me to respond. “Cancel all your plans. I need you for something. Dress sexy.”

He hangs up. Dress sexy. What the hell? I sigh. I know many men (and some women) in positions of power abuse it all the time, but I have never had to deal with it in this office. Is this the beginning?

I pick out an outfit from my wardrobe that is elegant. I’m not going to encourage him by wearing something sexy, as he suggested. My make-up is light. Nothing heavy. I won’t even bother with perfume. He didn’t give me a location or a time, so I drop him a text message.

Him: Take a taxi to my house.

Wow. He’s not even going to go through the motions of trying to wine and dine me? This guy is a real piece of work. I call my cab guy as I contemplate how I’m going to get out of this. His wife must be away with the kids. But his staff will be there. They all know me. How awkward. I guess I can always say I’m on my period, but that will only buy me a week and I’m back to square one. My phone beeps. My taxi is here. Ok, time to face the music.

Post a comment
WATCH: The latest videos from the Star
by Samantha
Lifestyle
26 January 2019 - 00:00
Read The E-Paper