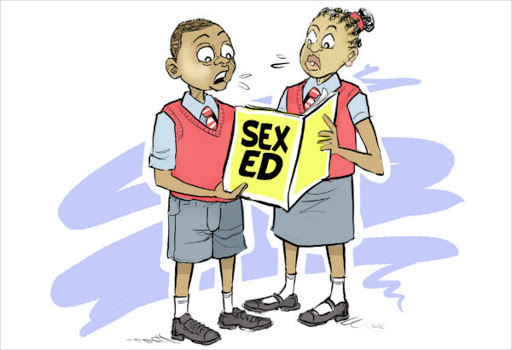 One of last week’s major headlines was about a Parliamentary Bill that proposes the introduction of sex education to kids as young as 10. The curriculum will cover comprehensive information on contraception, what different methods entail, sexually-transmitted infections and other relevant topics. Medical professionals who do not provide information, or mislead teenagers will be punishable by a fine of up to Sh200,000 or six months in prison.

The church is predictably up in arms, as are parents who are asking that the age be raised to 14 years. Someone also questioned whether our teachers are the best people to teach this curriculum.

Many medical facilities that are run by Christian organisations do not, as a matter of policy, inform their patients (adults or otherwise) on contraception and sex if the information is out of line with their doctrine. For example, a Catholic-run facility will preach abstinence as a form of contraception, and not mention the pill, condoms or intra-uterine devices.

Another thing that excites me about this bill is that it will open up the conversation around sex making it less taboo so that we can finally talk about socialisation and the impact it has on sexual behaviour. Earlier this year I was coaching some teenage girls and I was struck by the fact that they did not know they could say no to a boy if he invited them out, asked for a phone number or for sex. Parents said they should be pure, but the actual mechanics of ‘purity’ had not been broken down for them. They were so scared of being shunned as arrogant or proud that they let things get too far, and one became a mother at 11.

A carefully crafted curriculum that speaks to our children about sex and its very adult consequences will demystify it and take some of the charge out of it. Hopefully the kids who engage in it early will be thought of as silly risk takers instead of cool daredevils. For parents who are worried about the proposed age of 10, I will reiterate what I have always said about sex education: if you do not like what we the media, advertisers, teachers or peers are saying, then start talking. You are the most influential person in your child’s life, so use that influence.

Post a comment
WATCH: The latest videos from the Star
by VALENTINE NJOROGE
Lifestyle
11 July 2015 - 06:00
Read The E-Paper