• Vegetable broth is not only a good antioxidant, but it can also help the body avoid early ageing signs.

• It can be enjoyed alone, but it is most commonly used to prepare other dishes such as gravies, sauces and soups. 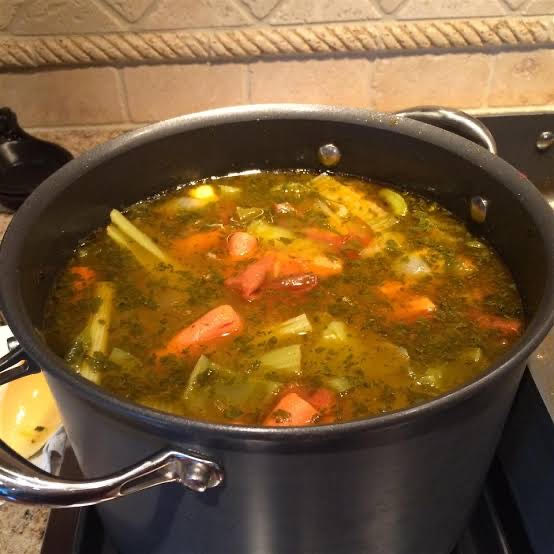 Broth or bouillon as some people refer to it soup consisting of meat or vegetables cooked in stock, sometimes thickened with barley or other cereals.

It is a savoury liquid made of water in which bones, meat, fish, or vegetables have been simmered for a period of time.

It can be enjoyed alone, but it is most commonly used to prepare other dishes such as gravies, sauces, and soups.

Vegetable broth is not only a good antioxidant, but it can also help the body avoid early ageing signs.

The recipe below is packed with nutrients and is perfect for when you're under the weather or trying to combat feelings of illness.

It is a light hearty soup that not only fills you up but totally warms you from the inside and outside as you sip it. 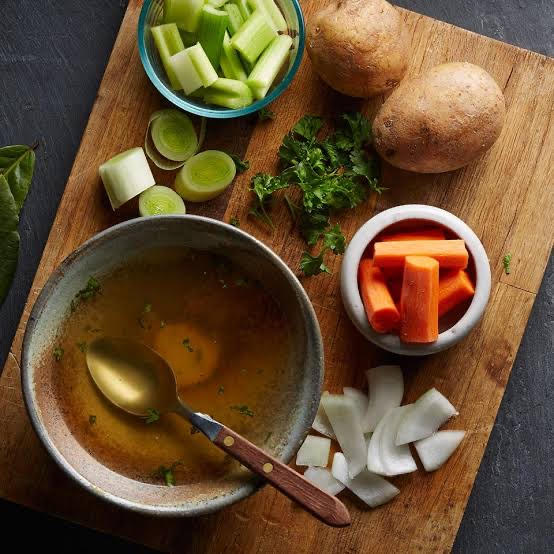 Some of the ingredients used to prepare the vegetable broth.
Image: Couirtesy/ Eatingwell

Wash and chop up all the vegetables accordingly.

Don't peel off the carrots and sweet potatoes as they're more nutritious with their skin on.

In a large pan add olive oil and let it heat then add all your chopped ingredients and let them cook until they have browned, occasionally stirring them.

Turn off heat and transfer them from the cooking pan to a large cooking pot.

Fill the pot with water, until the ingredients are fully covered. Leaving about an inch of headspace.

Cover and place the cooking pot over a heat source.

Bring the vegetable soup to a boil, then reduce the heat and let it simmer covered, for an hour.

After an hour, taste the soup and remove the fresh ginger if desired.  Then allow the soup to simmer for another 30 minutes to an hour, or until the flavours have married and the veggies have softened.

Note: The soup has a minor punch from the ginger, but you can control how much punch there is based on how long you let the piece of ginger simmer before removing it.

And even though there are both onions and leek, there’s no overt oniony flavour in the soup.

Besides having a tasty soup you are also left with a load of deliciously cooked vegetables, to snack on.