Creative ways to use alcohol in the kitchen

When used properly alcohol improves the flavour, texture and overall aroma of dishes

• Once heated, alcoholic components evaporate, leaving you with the brand's flavour 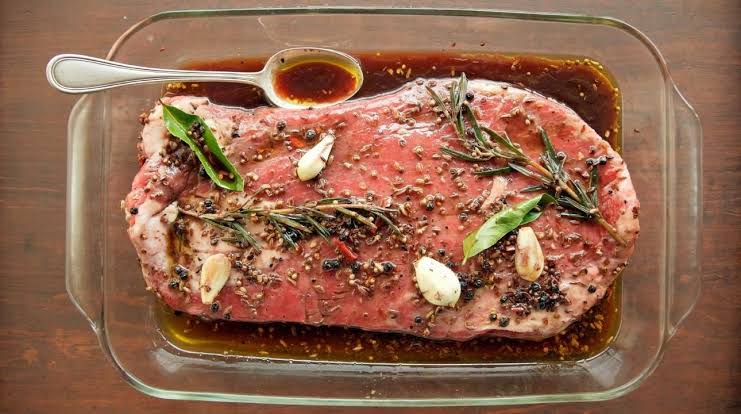 Ever thought of escaping the ordinary and trying something new besides herbs and spices in the kitchen?

Well, imagine using alcohol to marinate, bake or braise your dishes. Either for a barbecue with friends over laughter on a Friday afternoon or dinner with family on Sunday evening filled with love and cheer.

The Star team got to attend a Hop House 13 event called Flavour by Fire, where contestants come up with different ways that one can infuse the beer into their meat dishes and then showcase them for judging to a select panel of judges.

That got me pondering on other ways one can incorporate alcohol in everyday meals, not just meat dishes.

With extensive research, I realised cooking with liquor can be a healthy and tasty way to add a splash of depth, distinctive flavour and excitement to recipes when consumed in moderation.

Whether it's vodka, sake, rum or beer, alcohol can act as a flavour-enhancer.

It can also be used to tenderise meat in marinades or concentrate flavour when simmered down into sauces. When used properly, it bonds with both fat and water molecules, which allows it to carry aromas and flavour. In a marinade, alcohol helps season the meat, it functions similarly in cooked sauces, making food smell and taste better. 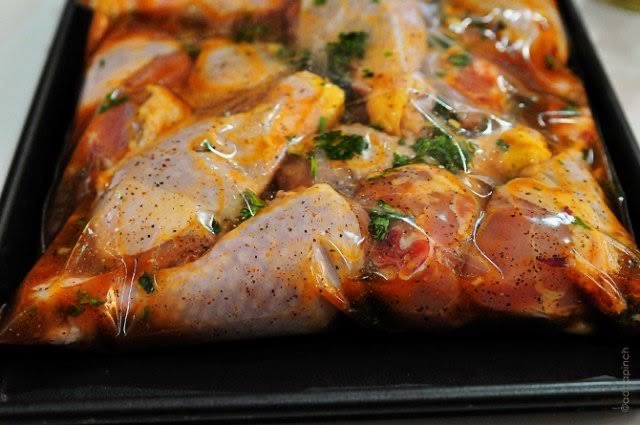 What most people do not know is, once you subject alcohol to heat, the alcoholic components evaporate and very little of its potency remains. Basically, all you are left with is the pleasant flavour of the brand used.

Although cooked meals can retain from 5 to 85 per cent of the original alcohol. This depends on how the dish is prepared, when the alcohol is added, and how thoroughly it's incorporated with other ingredients.

Surface areas are also key factors in determining the alcohol content that remains. The smaller the cooking pan, the more alcohol will remain in the food. That’s because smaller surface areas allow less evaporation of the alcohol.

Since alcohol evaporates at 172°F (78°C), any sauce or stew that is simmering or boiling is certainly hot enough to evaporate the alcohol.

One should note any alcohol that's stirred into a hot dish at the end of cooking or added after cooking will still be there when you serve it up. How much remains in the dish depends on the cooking method and amount of cooking time. 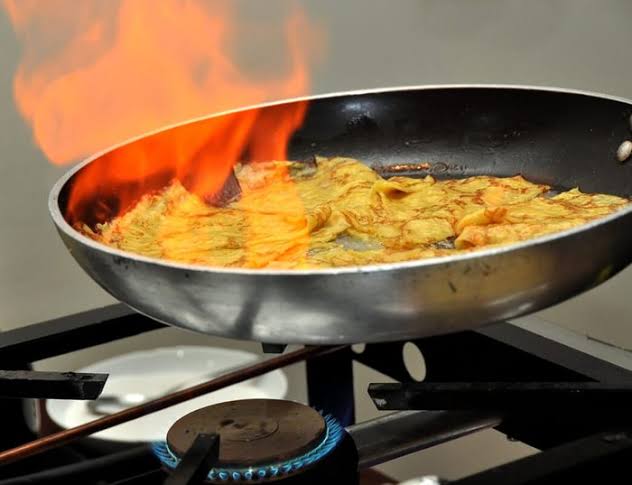 Image of alcohol poured on top of a dish, in a hot pan to create a burst of flames. Courtesy.

Flambe (a technique where alcohol is poured on top of a dish and then ignited to create a visual presentation) will not burn off all the alcohol, whereas a wine reduction sauce will leave little if any alcohol content.

Meals that are prepared using this method retain more alcohol content as they have no real cooking time.

Below are types of alcohol one can use in the kitchen and the best meals to pair them up with.

White wine is known for its high acidic qualities, which make any meat dish amazing. It's best suited for light meat recipes as it lends an excellent layer of aroma and flavour to the dishes. It can be used to cook fish, chicken and venison. On the other hand, red wine is used for cooking heavy red meats like beef and pork.

However, wine is also used as a basting liquid in sauces and toppings for the recipes. With appropriate cooking methods, foods made with wine are perfectly safe for kids. Although the choice for parents still remains a personal one.

Next, we have vodka. It is flavourless, thus will not overpower any dish. It can be used in baking as it makes the crust flaky and the body amazingly moist. Vodka also reduces the gluten extent in the baking dough.

In a vodka sauce, it helps maintain a cohesive texture, allowing the creaminess to meld with the tomato base. However, in a rich vodka sauce, it's better to use a small amount of alcohol. 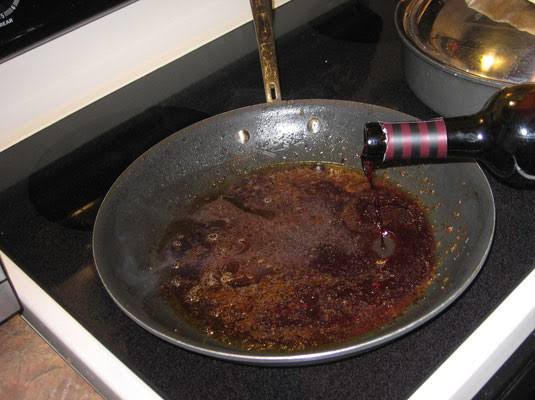 Red wine added to a hot pan to allow all the caramelized bits stuck in the bottom to dissolve and be used in a sauce.
Image: Courtesy

Rum is best suited for sweet dishes and it's always best to go for dark or spiced rum. However, when cooking savoury dishes, it’s best to use white rum, as it increases the flavour of your dish by mixing in the marinade. For cooking heavier meats like beef and pork, go for dark rum to infuse the right flavours.

Lastly, beer. It adds an earthy flavour to any savoury dish, be it a soup or stew. And when added to any baked food, it adds a caramelised and nutty flavour. You can never go wrong with beer. It can be added to any cooking technique: marinating, baking, sauces and even deglazing.

So, what are waiting for? Liven your meals by trying different kinds of alcohol in moderation and surprise your taste buds.