How to style men's jackets or blazers

The jackets have either two, three, four, six or no buttons at all 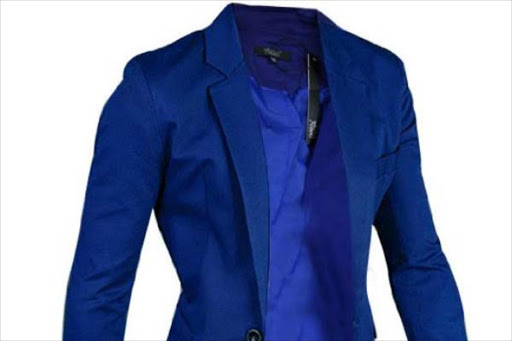 With the cold weather hounding Kenyans, most men have chosen to explore different types of stylish blazers and jackets.

The jackets have either two, three, four, six, or no buttons at all.

The ones with no buttons are tuxedos, mandarin and tailcoats.

Single-breasted suit jackets have one row of buttons on the front.

This category has jackets with two and three buttons positioned around the mid-upper area.

The single-breasted jacket with two buttons can be worn with matching pants and buttons ups.

Wear either a bowtie or a normal tie with these jackets.

The one with three buttons should not be worn with a bowtie. Instead, add the normal tie.

Then spice it up with a dress shirt and pleated pants.

A dress shirt has a button-down design (additional buttons on the collar) with long sleeves, but the collar is a more comfortable turn-down style.

For this jacket, the front is cut to overlap in order to accommodate a double row of buttons.

The coat or jacket has two parallel columns of buttons and overlapping front flaps.

This has two categories; one has four buttons and the other has six buttons.

The one with four buttons can be worn with a button ups shirt, chino pants or even jeans.

A button-up shirt has buttons running up the front.

The one with six buttons can be worn as business attire, formal and even casual.

This is because it can be worn with a button ups shirt, tie and pleated pants.

In men, one can find the pleats on trousers, which are categorised as gatherings or folds.

Tuxedo blazers are worn for purely formal occasions; they should not be worn as either casual or smart casual.

The blazer material is mostly made of satin or grosgrain facings on the jacket's lapels and buttons.

Tuxedo blazers can be worn with a pocket square, bow tie and cufflinks.

You can also spice this up by adding a neutral colour cummerbund.

A cummerbund is a broad waist sash, usually pleated, and is used to cover the waist.

This is a long, loose straight coat with slightly wide sleeves.

To style it, pair the jacket with chino pants if it's a formal attire and a matching pair of pants.

For casual wear, leave the jacket unbuttoned and wear it with a white button-up shirt.

One can then add a dark pair of jeans, either navy blue or black, and a casual shirt.

Post a comment
WATCH: The latest videos from the Star
by LAURA SHATUMA
Fashion
13 August 2022 - 09:00
Read The E-Paper