It will be on full display at a new exhibition at London's Victoria and Albert (V&A) Museum this Saturday.

• It will be on full display at a new exhibition at London's Victoria and Albert (V&A) Museum this Saturday.

• Through clothes, photos, sketches, film and catwalk footage, the visitor is taken on a journey that looks at the industry's roots on the continent and traces its development. 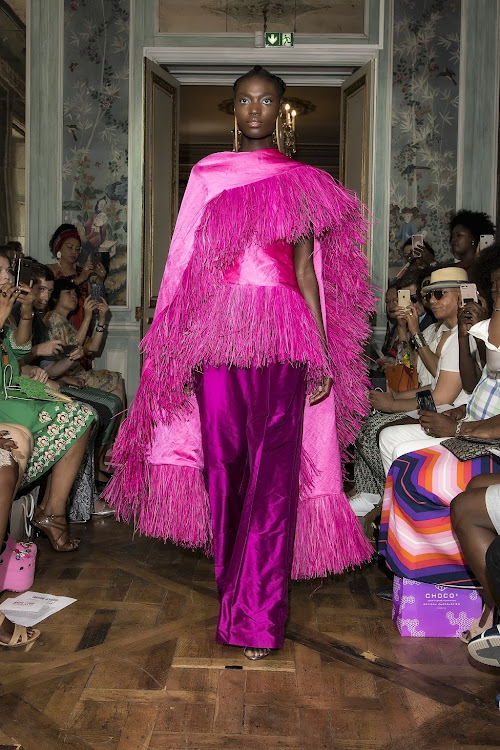 The African continent's position in the global fashion scene will be on full display at a new exhibition at London's Victoria and Albert (V&A) Museum that opens on Saturday.

A layered shimmering silk creation by Cameroon-born designer Imane Ayissi hits the visitor between the eyes at the entrance to the exhibition:

This is fashion that refuses to be boxed in.

It "introduces the idea that African fashions are beyond definition and that creatives can and do choose their own paths", V&A curator Christine Checinska says.

As the person who oversees the museum's Africa-and-diaspora textiles and fashion collection, she led the project to put the exhibition together.

She believes that the industry in Africa is at the "cutting edge of global fashion" and the 250 exhibits are a "timely celebration of [its] vitality and innovation".

Through clothes, photos, sketches, film and catwalk footage, the visitor is taken on a journey that looks at the industry's roots on the continent and traces its development.

Shade Thomas-Fahm, seen here at work in Lagos in the late 1960s, has been dubbed "Nigeria's first fashion designer": 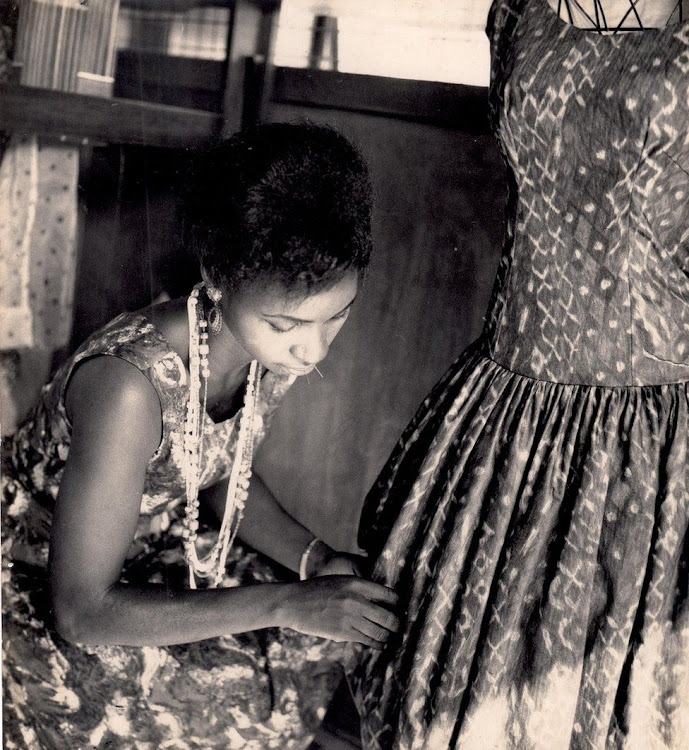 A champion of Nigerian textiles, she tried to modernise traditional attire with clothes that had a familiar look but with innovations that made them easier to wear, the V&A says in its exhibition notes. 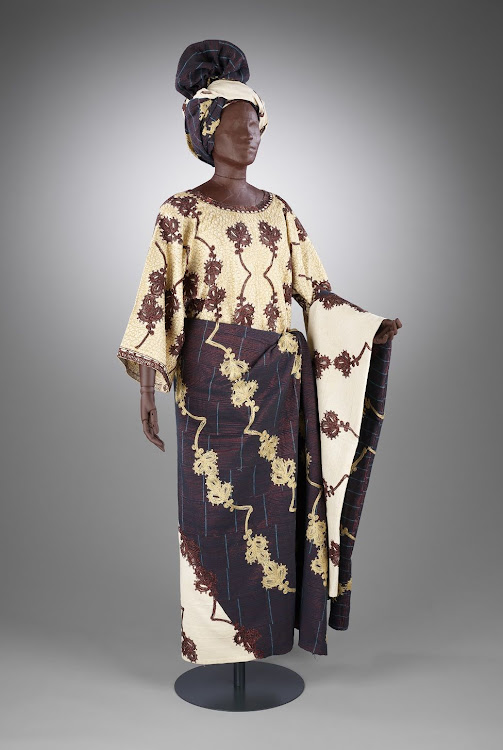 With independence movements in full swing the mid-20th Century "was a time of tremendous creativity across fashion, music and the arts", Dr Checinska says.

This led to "unbounded creativity and the freedom of spirit".

This 1988 dress, made of cotton and brass, and referencing Congolese kuba cloth, shows off the work of Alphadi: 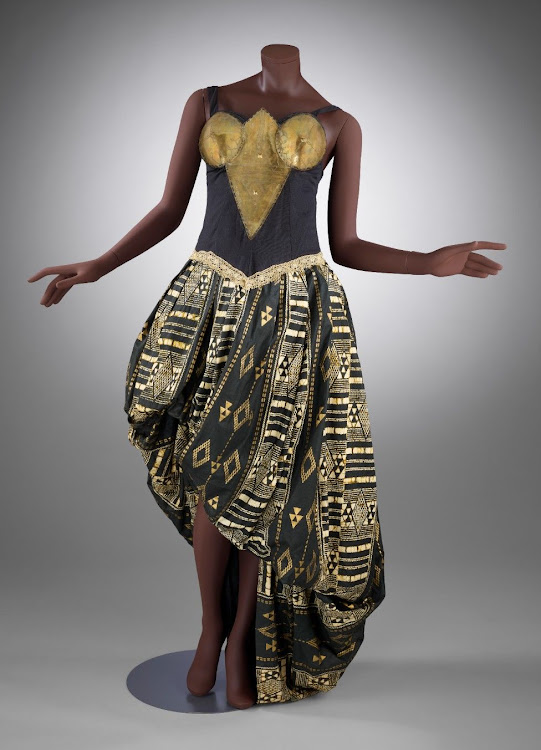 Born Sidahmed Alphadi Seidnaly in Mali in 1957, he grew up in Niger and has been described as the "Magician of the Desert".

Also from West Africa, the late Malian designer Chris Seydou worked for the likes of Yves Saint Laurent and Paco Rabanne in Paris in the 1970s: 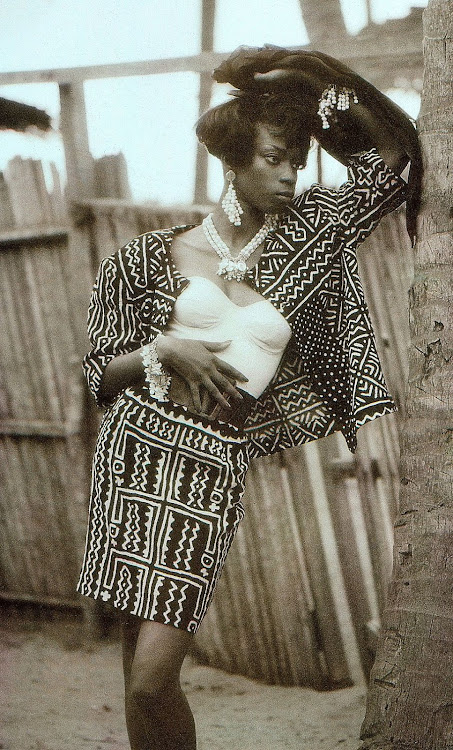 He was "known for promoting African textiles like bògòlanfini (mud cloth) on the global stage", Dr Checinska says.

But as in the picture above, he took the cloth and designed something that was far from traditional.

Ghanaian Kofi Ansah, who died in 2014, also used traditional textiles, in this case indigo-dyed cloth, and fused West African with designs from elsewhere:

He made a name for himself in Europe, but returned to Ghana in the 1990s to found his own design company.

Thomas-Fahm, Alphadi, Seydou and Ansah are in the exhibition's "Vanguard" section, highlighting the founders of modern African design.

But it also brings things up to date with what Dr Checinska calls "the new generation of ground-breaking designers".

Nigerian Nkwo Onwuka has created a new textile called dakala that is aimed at reducing waste in the fashion industry.:

It is based on a strip-weaving technique using off-cuts from the production of other garments.

The piece below is called The Trench and was created for the exhibition by Moroccan designer Artsi Ifrach: 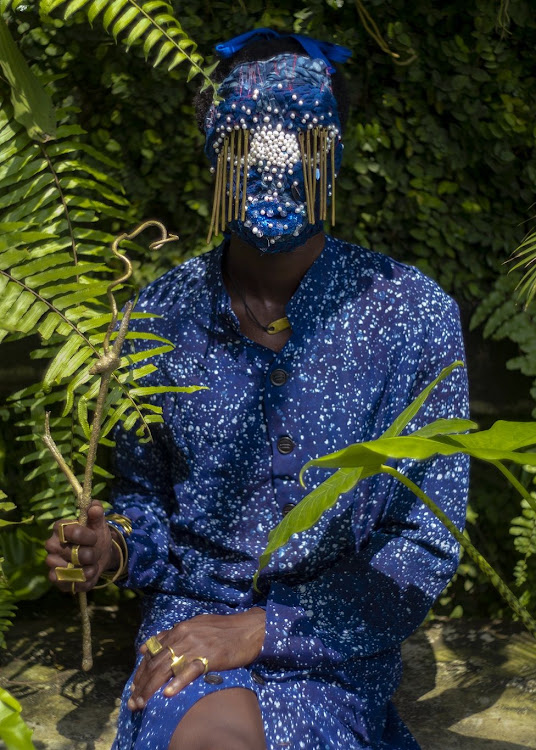 "The joy of life and the joy of colour is completely different and very particular to the continent," he says.

It is called Aso Lànkí, Kí Ató Ki Ènìyàn, which translates from Yoruba to English as "We Greet Dress Before We Greet its Wearer". He is trying to create a non-binary look with an eye on the future of fashion.

Somali artist and costume designer Gouled Ahmed, who is based in Ethiopia's capital, Addis Ababa, also refuses to let his creations be framed by gender:

His work "plays with notions of identity [and] challenges the lack of nuance in the depictions of non-binary black Muslims", the V&A says.

More understated work is also on show, including this creation by the Rwandan fashion house Moshions, which references the traditional umwitero, a sash draped over the shoulder: 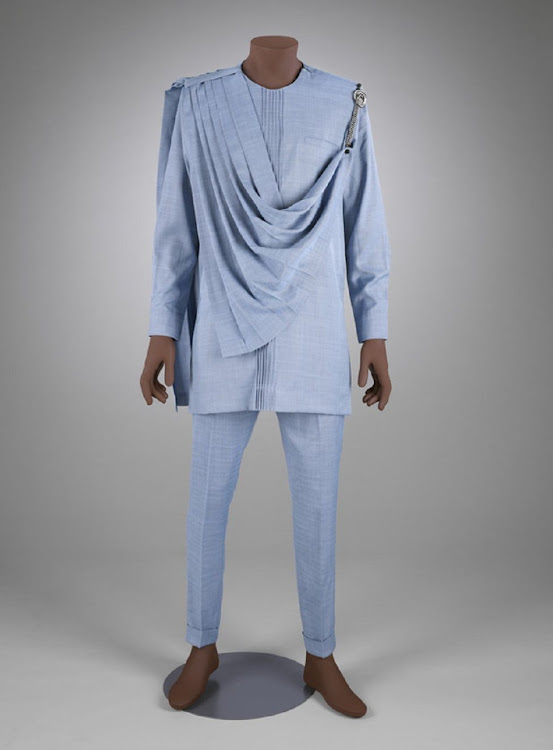 The designers on show at the V&A all seem to play with referencing tradition and modernity, this goes for both the textiles used as well as the stylistic choices.

But the exhibition shows the diversity of what is being created on the continent and by showing this to London, Dr Checinska hopes there will be a fresh appreciation of what the continent brings to the fashion world that will change perceptions.

It was held in honor of the label's popular, late designer Virgil Abloh.
Sasa
1 month ago

How to style denim jackets

Real leather is animal skin and so it needs to be maintained and moisturised.
Sasa
1 month ago

He is the most successful driver in F1 history, has varied interests outside the sport, including fashion and music.
Sasa
2 months ago

The group says attempts to shut down mitumba industry are based on unfounded grounds.
News
2 months ago

"Royal fashion is fun, powerful and steeped with meaning. Her image is a huge part of her legacy."
News
2 months ago

How to dress in tense political times