We are finally on Omeleto! 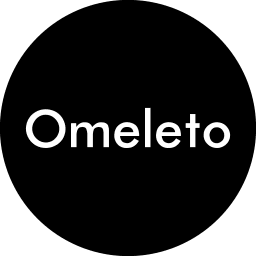 We are finally on Omeleto!

I have been very excited about this for quite some days now.

In case you don’t know Omeleto, this is a YouTube channel that uploads the world’s best short films.

A Kenyan film, shot in Kenyan and acted out by Kenyan actors, made its debut on the channel.

This is a huge deal, considering the audience reach of Omeleto.

The short film is about a man who was tipped $10 by his boss and he gives us a guide on how to dine in Nairobi.

He basically hatches a plan on how he will spend the money.

Spoiler alert! If you haven’t watched the film, then you should probably rush to go watch the 10-minute comical film.

After receiving the $10 tip, Juma takes us through his evening escapade, from how he goes for a shave, hires a suit and even buys a phone casing.

All this activity, in the end, lands him in a luxurious hotel, where he has gone to dine alone.

His confidence and how he struts gets him a table at the hotel even though he did not reserve one.

This goes to show how money and dressing nicely speak a lot about you and the spaces you walk into.

At the end of the film, Juma “bribes” the police officers who arrest him with the $10 tip he was given earlier in the day.

What was funny about the ending of the film is the ‘wink’ Juma gives us.

If you are Kenyan, then the more you understand the storyline.

That was the key to the story. Well scripted, if I may say.

The support in the comment section and the excitement speaks for itself.

However, we are still far from creating our own Omeleto or MYM channel that reaches out to young and upcoming artistes who are still yearning for a breakthrough.

A channel that will give them the visibility they need to tell their stories.

Although it is totally okay to post the content on own own spaces and constantly build on it, a little push or highlight isn’t that bad.

A mention can go a long way in building someone’s content and broadening their reach.

It is also refreshing to see new faces headlining some of the content that is now going on YouTube alongside legends in the acting industry.

There is some growth and learning happening, and I love to see it.

It is high time we slow down on creating long-form content of hour-plus movies and strongly focus on short-form videos, such as short films.

With short films, the producer or director (creator) is in a constant mood of uploading new and refreshing content.

It doesn’t necessarily have to be in the format of a series.

Numerous short films with storylines that are spread across.

Our upward trajectory in the film scene is good and is gradually growing.

We are not seeking to identify with Western culture, but we want our culture to remain, and to tell our stories the Kenyan way for a global audience.

Kudos to us for making it to Omeleto.

It was a nice push and now we are good to continue with our journey.

Post a comment
WATCH: The latest videos from the Star
by MELINDA KIRWA
Entertainment
07 January 2023 - 08:00
Read The E-Paper