Harmonize: Women love me more after break up with Kajala

"I'm confused about this...women these days love me beyond words." 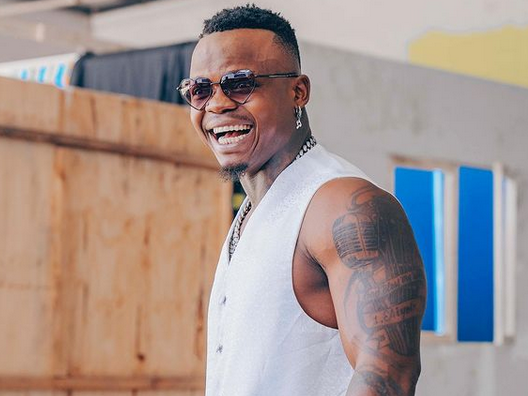 Tanzanian singer Rajab Abdul, popularly known as Harmonize, now claims that he is now a darling to many women after his breakup with Bongo movie actor Fridah Kajala Masanja.

Through his Insta stories, Harmonize said that in recent days since they heard the news that he is single,  he has been a target of many women who are stalking him day and night.

The artist even admitted that he is confused about why most of the women follow him at every corner.

He speculates that it may be because of his success.

"I'm confused about this...women these days love me beyond words, don't let anyone tell you. It's because I keep getting rich or maybe it's because of my energy," Harmonize wrote.

Although he has never made it clear why they parted ways, Harmonize deleted many of the photos he took with his former manager and fiancé Kajala.

The two exchanged engagement rings in June this year at the Milimani City hall in Tanzania and many of their fans were predicting a marriage despite the existence of a gap of about 10 years between them.

Harmonize and Kajala get matching tattoos

Harmonize's ex-wife demands half his wealth

She financed his career when he was starting out as an artiste
Sasa
4 months ago
Post a comment
WATCH: The latest videos from the Star
by PURITY WANGUI DIGITAL WRITER
Entertainment
28 December 2022 - 09:54
Read The E-Paper