‘Clenching the purse’ no longer helps with preventing theft

The Nairobi CBD is slowly becoming a violent criminal hub

• Going in and out the CBD is no longer a necessity, avoid it unless compelled to 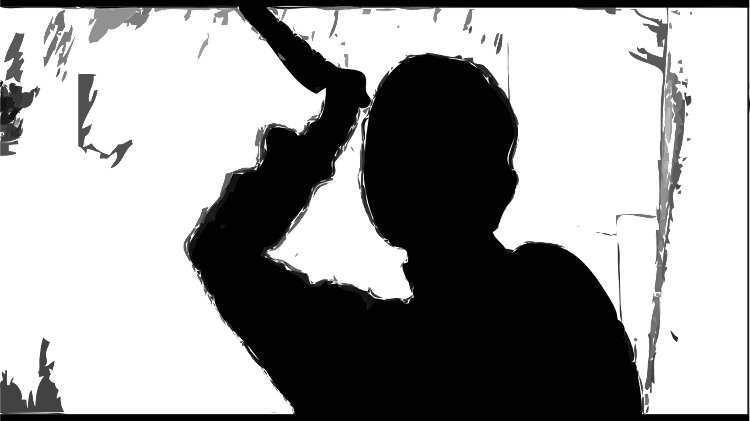 The crime rate in the ‘green city in the sun’ has risen to an alarming rate.

Nairobi has turned out to be a city that is considered to be a ‘red alert’.

The robbing tradition has evolved such that people are being stabbed in broad daylight.

It is now considered unsafe to walk around the streets of Nairobi.

Nairobbery has made talking and checking the time on one's phone a risk.

Carrying a backpack makes one a target because thugs presume you are carrying expensive items, such as laptops, mobile phones and even iPads.

As you walk the streets of Nairobi today, everyone around you is a suspected thug.

It doesn’t matter whether they are in dresses, skirts, jogging pants, three-piece suits, shorts or even ripped pants.

Everyone is a thief. At least that is what everyone around me thinks.

It is impossible to trust someone who walks next to or past you.

The first instinct is always to clench your bag.

Backpacks meant to be worn at the back are now being worn like baby carriers.

It is always a game of you snooze, you lose.

A simple distraction and loss of concentration means you have lost something.

Quick reflexes mean you start patting yourself to ascertain you have not lost anything.

Walking in Nairobi streets needs one to be on high alert and constantly aware of their surroundings.

Gone are the days when robbers would play mind tricks to steal from someone.

I remember there was a time I was walking in town at night while heading home.

A man came up from behind me, carrying a huge sack over his head, and dropped a brown envelope.

He walked past me very fast.

Another young man came up to me and picked up the envelope.

This translates to, “Call that man, Madam. He has dropped some money.”

I called out but the man wouldn’t turn around to face me.

In an instant, I remembered a story of a campus student who was duped by this ‘money in an envelope’ method.

Ideally what is inside the envelope are usually carton boxes arranged and on each end, old, phased-out Sh1,000 currency notes are placed to dupe someone into thinking that the contents are indeed huge amounts of money.

I immediately clenched my bag, turned and told the young man to go ahead and call the man by himself.

He knew I was onto him and so he threw up his hands and walked over to cross the road really fast. A bus almost knocked him down.

The non-violent robbers are still there, but they use other means to lure their victims, like buying phones on the road via promotions from telco companies like Safaricom and Airtel and lucky-chance card games.

I blame the high cost of living and poverty as the reasons why today there are violent thugs in the city.

It is reported that around 65 people are in hospitals, recovering from stab wounds.

Some have even succumbed to their injuries.

Is this how we are going to be living in Nairobi?

Many people I have surrounded myself with lately fear going into the city to conduct business unless it is absolutely necessary.

I am not a supporter of violence or theft, or any crime for that matter, but the level of crime has become worse than it used to be.

The situation now is they come up to you with a gun, whether real or not, or a knife or a needle that supposedly contains bloody contents that have HIV, so I’ve heard.

They normally walk in groups of three or more, or are on motorcycles.

Whether you are approached from the back and are completely surrounded or if you are grabbed by an arm to the neck, you are expected to comply and give them whatever they want so that you are okay.

If you don’t, you stand a high chance of ending up dead or in a hospital bed.

I mean, it is literally a game of life and death in the streets of Nairobi.

I don’t know what the government’s plans are to curb this level of violence as well as all crime within and without the capital.

A solution must be reached as soon as possible.

This cuts across to even home invasions and carjackings.

I don’t know who these thugs are, but they must be dealt with.

We can’t be walking around our own city and feel insecure every day.

We are not even sure if we will live to see tomorrow.

What makes one desperate enough to attack people in broad daylight?
Sasa
2 weeks ago
Sakaja warns Nairobi youth against crime
Post a comment
WATCH: The latest videos from the Star
by MELINDA KIRWA
Entertainment
21 November 2022 - 05:00
Read The E-Paper