If you think finding the right team is hard enough, wait till the talks begin 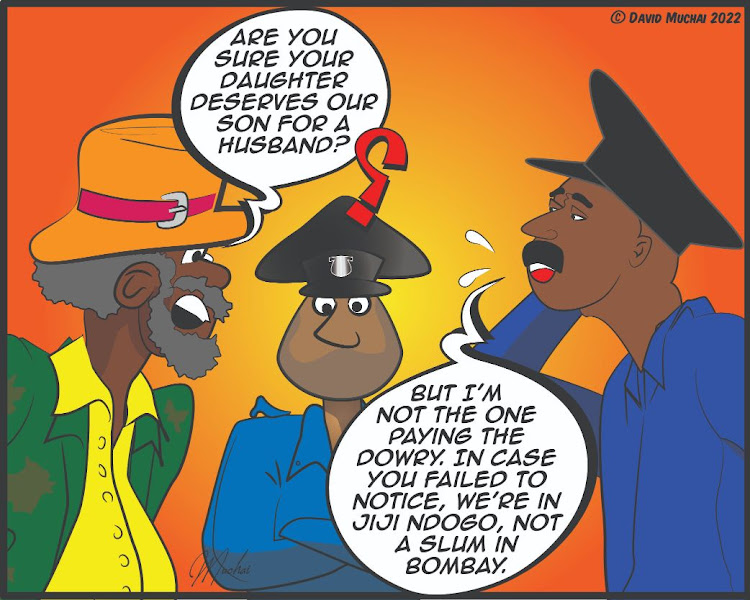 One day up in the city of lights, I visited a supermarket. Having grown up, attended school and ended up working in the country, a trip to one of these super shops is like a visit to an exotic place. The sight, the smells, the people… Everything looked out of this world.

Like civilised people do, I took a cart and began hunting for choices along the aisles. Everything went smooth as clockwork until I noticed a large woman following me.

Fearful of a confrontation whose nature I knew not, I increased my pace. Behind me, the woman did the same. Soon, I was practically racing up and down the aisles. But the woman was not to be outdone. Panting and slobbering, she caught up with me and clamped an arm on my shoulder.

“Sir.” She gulped for air and held something out to me. “You dropped your wallet.”

To say I was embarrassed is an understatement. To have that poor woman running all over just so she could return my wallet! To this day, I had thought that the most embarrassing moment of my life. A visit by my mother and a troupe of her friends dressed as men has completely lowered the bar.

“Is this a joke?” Inspector Tembo, my boss and (hopefully) future father-in-law, roars. “Or do all the men in your village look like women dressed in men’s clothing?”

“Mr Matumbo,” says mother, “it’s not very gentlemanly of you to start these negotiations with negative stereotypes and rude commentary about our looks.”

“Rude? I only asked a fair question.”

“The only fair question that needs asking is this, are you sure your daughter deserves our son for a husband?”

Tembo’s eyes grew out of his skull. “Excuse me?”

“Our son is a specimen any woman of marriageable age would be only too lucky to have. He’s educated—”

“He never even went to college!”

“Like police college doesn’t count?” says another man/woman. I suspect it’s Mama Tabby, our neighbour to the north, but I can’t be sure. “It’s called college for a reason, no?”

Mother pressed on. “Our son is very successful in his career.”

“What career?” Tembo slaps his thigh and bellows with laughter. “He’s a two-bit policeman in a backwater village in the middle of nowhere.”

“And what does that say about you? You’re his boss, aren’t you?”

“Maybe we should get back on track,” I say in an attempt to restore peace. “Mum, this meeting isn’t about me. It’s a chance for representatives from both families to meet and chart the course ahead.”

“Son, how can we plan anything if the man insists on shutting down everything I say?”

“But I’m not the one paying the dowry,” Tembo quips. “In case you failed to notice, we’re in Jiji Ndogo, not a slum in Bombay. I should be the one asking those questions.”

Mama Tabby turns to her neighbour and whispers, “You mean in Homa Bay women pay the dowry?”

“You think only a woman has value in a marriage? Gone are the days the boy child was treated like a buyer at the marketplace. If this union is going to happen, it shall be on equal footing. Two young people who deserve each other.”

I pull her aside. “Mother, what are you doing?”

“Relax, son. I have a feeling we might end up paying nothing.”