When celebrities are at the 'End of the Road'

This is the one script Queen Latifah, Ludacris should have rejected for being beneath them 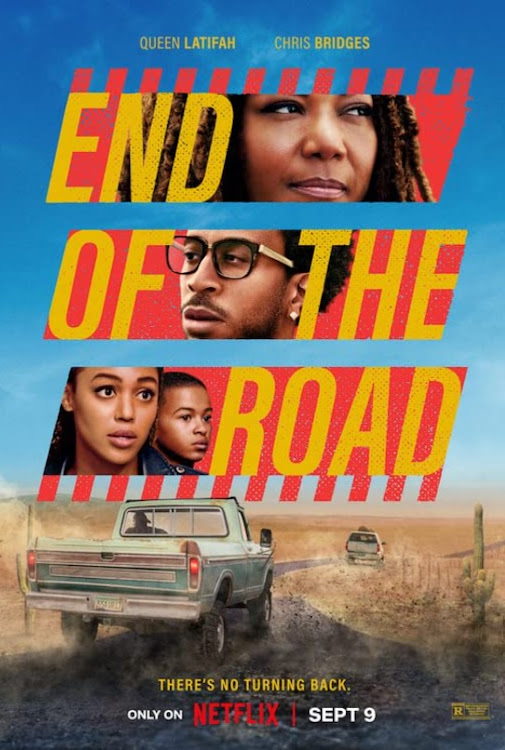 There’s a reason I changed this column to ‘What’s Streamin’’ from ‘Film Reviews’. It’s probably the same reason producers had when they changed their film distributions to global streaming sites.

The fact is, in a post-pandemic world, not all cinemagoers have resumed going to the cinemas. In fact, the chances of turning a film into a flop are exponentially high if released only in theatres.

As much as some of us love the new concept of watching new blockbusters from the comfort of our own homes, there are some actors who are not meant for the TV transition. Your Julia Roberts, Meryl Streep and Angelina Jolie’s of these world are but some of the actresses we wouldn’t enjoy watching on a direct-to-air film. For me, Ludacris and Queen Latifah are some of these actors that deserve to be on the big screen.

‘End of the Road’ is a film about a family that ends up in a grave situation while on a road trip. Brenda is recently widowed with two children, a teenage girl Kelly and a young boy, Cam. Brenda is forced to sell her California home and move to Houston, Texas as she cannot make ends meet by herself anymore. She asks her brother Reggie to join them on the road trip to help.

Their problems start when they have to take a sudden detour from their route that takes them through a part of the New Mexico desert that is not welcoming to their kind. When Brenda hears this from a convenience store keeper, she quickly ushers her family out. However, two young men sexually harass Kelly, who gives them the middle finger. Agitated, the men chase down Brenda and her family, forcing her to stoop low to ‘appease’ them.

Later that night, while staying at a motel, the family hears noise coming from the next room and finally a gunshot. Just like that, they are roped into a dangerous chase with an unknown dangerous criminal known as Mr Cross.

The simple production value of the film lowers any expectations one had before watching this film. The plot is so straightforward that a viewer can predict the ending just several minutes in. The actors are legendary, of course, but the story undervalued their many years in the industry. This was the one script in their careers that they should have rejected.

Post a comment
WATCH: The latest videos from the Star
by Nabila Hatimy Entertainment Writer
Entertainment
23 September 2022 - 21:00
Read The E-Paper