‘Partner Track’ is overrated and underwhelming 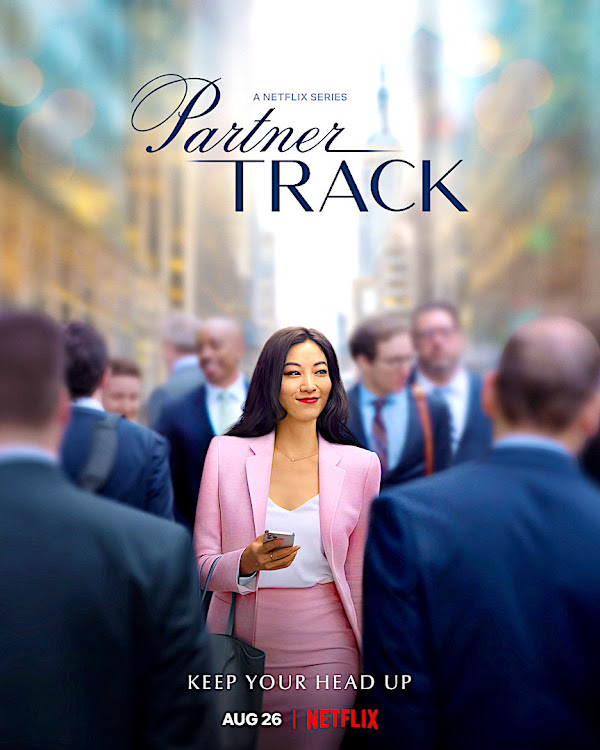 Ingrid Yun is an idealistic lawyer working in one of the top firms in New York City. She thrives in her department, Mergers and Acquisitions, but has to battle it out with her colleagues, who are all Ivy League=educated white men from aristocratic backgrounds.

Her nemesis, Dan, is particularly competitive with her and tries to win over her by using his connections. All the young lawyers are trying to make partner by putting in the extra hours and going the extra mile.

Ingrid lands one of the biggest merger deals for the firm but struggles to find a balance as she often questions whether she is going beyond her principles. Ingrid’s love interest from London transfers to their firm and is assigned to work on the big merger with her.

Although they met in London six years ago, the two never exchanged information as they had a steamy night. Ingrid’s over-romanticised version of the events leads to a big disappointment when she realises that Murphy is far from the man she had envisioned him to be.

Although their chemistry is still there, Ingrid covers it up with work and her newfound billionaire boyfriend, Nick. Nick and Ingrid’s relationship takes on the fast track when he meets her parents and they move in together in under two months. Ingrid’s younger sister Lena is the impulsive artistic dreamer, whose dreams change faster than her years. She swoops in and out of Ingrid’s life, often leaving a disaster in her wake.

Okay, so the show is no How to Get Away with Murder or Suits. It is very light on the legal stuff and more umped on the drama around the legal stuff. Like, how the deal doesn’t have much to do with legalities but Z’s interest in sustainable energy and a bit more about his friendship with Ingrid.

We also know Rachel is a litigation lawyer, but we never see her do any realistic work and she parties too much to be a lawyer. In fact, while Ingrid and her friends are being portrayed as high-achieving lawyers, what translates on TV is a bunch of millennials partying like Gen Zs but with the work ethic of boomers. It literally makes no sense.

Meanwhile, Ingrid’s love interest reminds me that sometimes TV shows try to expose us to toxicity in the name of love. She has a forced chemistry with Murphy with no actual substance to their attraction. She has no chemistry with the handsome billionaire as she keeps trying to find fault with him. Meanwhile, all the fans understand that in the real world, Ingrid is a perfect for Z. It is not a brilliant show, but it gets a B for effort.

The comedy does not overshadow the seriousness of the subject matter

Mr Bean continues his legacy in ‘Man vs Bee’

It is like a modern take of Mr Bean, who is audible this time

Mai turns Mother’s Rage into a most gripping drama

A mother’s love is the world’s greatest weapon.