Prince Harry accompanied her at the youth summit in Manchester.

• Meghan recalled her nervousness at the same One Young World summit eight years ago and having a "pinch-me moment, where you just go: 'How am I here?'"

• She described her sense of self-doubt at being alongside world leaders when: "I was the girl from Suits." 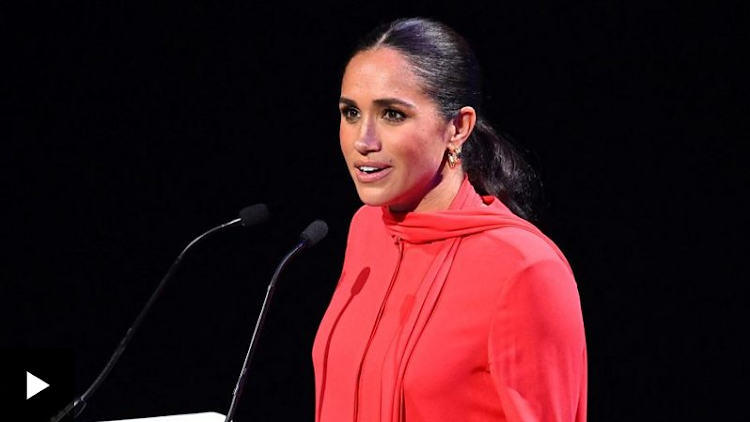 In her first speech in the UK since stepping down as a "working royal", the Duchess of Sussex told a young audience of her own struggle for self-belief.

Meghan recalled her nervousness at the same One Young World summit eight years ago and having a "pinch-me moment, where you just go: 'How am I here?'"

She described her sense of self-doubt at being alongside world leaders when: "I was the girl from Suits."

Prince Harry accompanied her at the youth summit in Manchester.

This was the first visit to the UK by the Duke and Duchess of Sussex since the Queen's Platinum Jubilee and the first public address in the UK by Meghan since the couple's move to the United States.

It's also a visit that follows a strongly-divided reaction to an interview with Meghan last week, which re-opened claims of family tensions.

"It is very nice to be back in the UK," she began her keynote address at the One Young Summit in Manchester's Bridgewater Hall - after an earlier welcome from the city's mayor Andy Burnham. 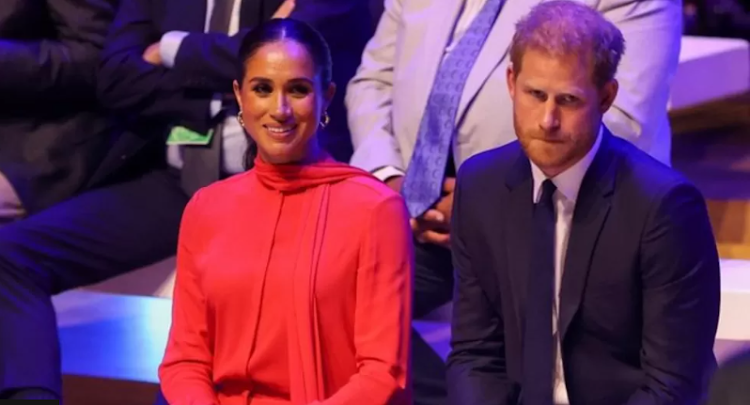 In a speech that side-stepped any controversy, the duchess described her own imposter-syndrome feelings when she attended the 2014 version of the event, when she was a TV actress and before meeting Prince Harry.

"I wasn't sure that I belonged. I was so nervous. I doubted myself and I wondered if I was good enough to even be there," she told her audience of young leaders from more than 190 countries.

"I was so overwhelmed by this experience. I think I even saved my little paper place card that said my name on it. Just proof that I was there," Meghan told the audience.

"I'm thrilled that my husband is able to join me here this time," she said, at an event with fees of over £3,000 for delegates, which organisers say are mostly funded by scholarships or charity partners.

She told the young delegates: "You are the ones driving the positive and necessary change needed across the globe." 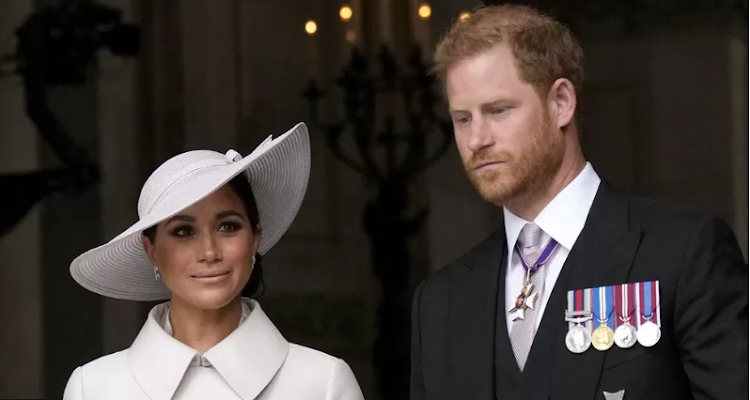 Critics accuse the couple of still relying on royal connections to promote their new careers in the US
Image: PA MEDIA

Meghan's speech followed a coruscating address from the pop star Bob Geldof, who warned the young leaders not to turn into "creeps" if they were ever in power.

The Sussexes had travelled by train from London to Manchester for the first of a series of events on their UK visit.

But it's not known whether the duke and duchess will meet other members of the Royal Family this week, including the Queen, who is in Balmoral and due to hold an audience on Tuesday with the new prime minister.

Sources say an open invitation remains for a meeting with Prince Charles, although not one specifically issued for this week.

There is no confirmation about whether Prince Harry and Meghan will meet the Duke and Duchess of Cambridge - with both couples near each other on the Windsor estate.

But there will be a trip to Germany to support plans for next year's Invictus Games for injured veterans and they will make an appearance at the WellChild Awards, celebrating the achievements of seriously-ill children, which will be held in London on Thursday.

The visit to the UK follows a blizzard of publicity surrounding Meghan's US interview with New York magazine The Cut and the first episodes of her Spotify podcast series. 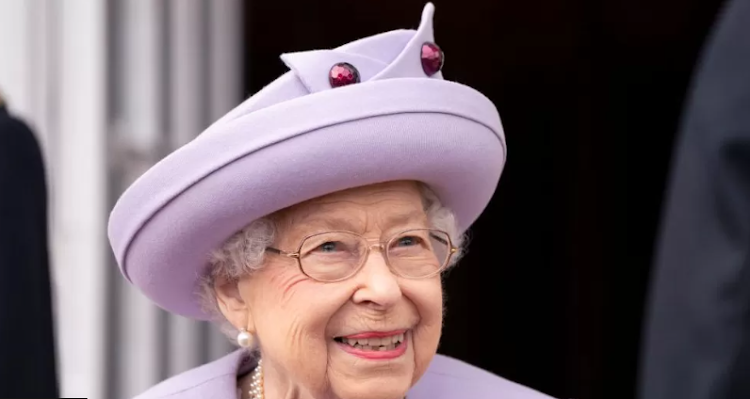 In a break with tradition, the Queen will have an audience with the new UK PM at Balmoral, not Buckingham Palace
Image: GETTY IMAGES

Prince Harry has also been involved in a legal wrangle over the level of security provided to him and his family when visiting the UK. The prospect of a tell-all memoir from the prince also hovers in the background.

Meghan's magazine interview, conducted in the sunshine of her Californian mansion, strongly divided opinion - with her supporters seeing it as a further account of why she needed to escape the pressures of life within the Royal Family.

She said she upset the "dynamic of the hierarchy" of the Royal Family "just by existing" - and suggesting unresolved disputes she said it "takes a lot of effort to forgive".

But her vociferous critics accused her of "delusion", seizing on quotes such as Meghan recounting being told that her marriage to Harry was greeted in South Africa with rejoicing the same as "when Mandela was freed from prison".

There were also accusations that having left their lives as working royals, they were still relying on that connection to promote their new careers and media ventures in the US.

This will be the couple's first visit to the UK since the Platinum Jubilee, when they attended events including a service of thanksgiving at St Paul's Cathedral.

But despite high levels of public interest that had been a low-key trip, with them staying out of the limelight for what was a celebration of the life of the Queen.

Their latest trip to the UK is against the background of further concerns about the health of the 96-year-old monarch.

The Queen has had to pull out of attending events such as the Braemar highland games and for the first time in her reign she has switched the location of the audience with a new prime minister, which will now be in Balmoral rather than Buckingham Palace.

Three years ago when she appointed Boris Johnson, a photo of Prince Harry and Meghan was visible behind the Queen's handshake with her new PM. Much has changed for all of them since then.