Sheila's musical career dates back to 1997 when she first appeared on the scene as Nikki.

• Sheila revealed that she was nervous prior to the performance but felt ready at the same time.

• She took a break later and ventured into media where she was a midday presenter at Easy FM, which later changed its name to Nation FM. 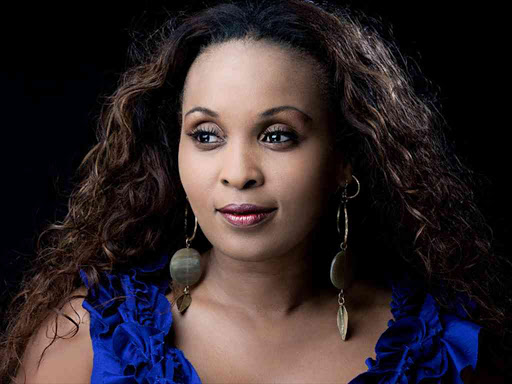 On a Thursday, users post nostalgic memories of their life, sometimes in  pictorial form, accompanied by the hashtag #TBT or #ThrowbackThursday.

Celebrated media personality Sheila Mwanyigha on Thursday got onto the bandwagon and shared a recollection of her musical career dating several years back.

In a moving message on her twitter handle, Sheila, who went by the stage name Nikki, wrote, “Let me take you back. Waaaaay back, today. When I started singing, I never knew just what amazing opportunities would open up for me.”

The caption accompanied a photo of her first live stage performance with the pioneer all boy rap group Kalamashaka, in Mombasa’s  Kule Mamba.

I was scared and nervous but so ready to sing Mapenzi Tele- peep that leopard print dress and Italian heels, my drip was dripping hunnnay, then again when has it ever not? 😊😊😊
What an epic chapter for Kenyan music, and working with the legendary #kalamashaka 🙌🏽🙌🏽🙌🏽🇰🇪🇰🇪🇰🇪#TBT pic.twitter.com/90IRp7mayE

Glad in a leopard print dress and Italian heels, Sheila revealed that she was nervous prior to the performance but felt ready at the same time.

The group, also known as K-shaka, was composed of three hip-hop rappers from the sprawling Dandora estate.

The group was formed in the 1990s and became popular with the hit single 'Tafsiri Hii' released in 1997.

The trio made of Kama (Paul Ngige), Roba, the Oteraw ( Robert Mtumbai), and Johnny Vigeti, rose from obscurity in the ghetto to energise the youthful musical scene.

The group's lyrics centered on addressing the ills in society mostly touching on perceived oppression by government to ordinary citizens.

Between May and August 1997, the Kenyan government came under  pressure as riot police and protesters clashed in Nairobi over protests relating to calls for election boycott. Businesses were closed.

At the time, the country was also battling an AIDS pandemic.

The enchanting Nikki also collaborated with the Dandora-based rap group on Mapenzi Tele and Songa Hapa.

She took a break later and ventured into media where she was a midday presenter at Easy FM, which later changed its name to Nation FM.

She went on to host AM Live, a breakfast show on NTV, with Kobi Kihara. Sheila left the popular show in 2015.

Sheila Mwanyigha back with 'Pole pole'

It's a love song.
Sasa
2 years ago

Mwanyigha advises presenters to be unique

Sheila said she still consider radio as her first love.
Sasa
3 years ago