The highlight of her music career was the moment she launched her album dubbed ‘Twenty Years’ in 2016 and held a two-day concert.

•June will perform in the anticipated Stanbic Yetu Festival alongside American musician and songwriter Anthony Hamilton on July 30 at Carnivore grounds.

• She describes the highlight of her music career as the moment she launched her album dubbed ‘Twenty Years’ in 2016 and held a two-day concert. 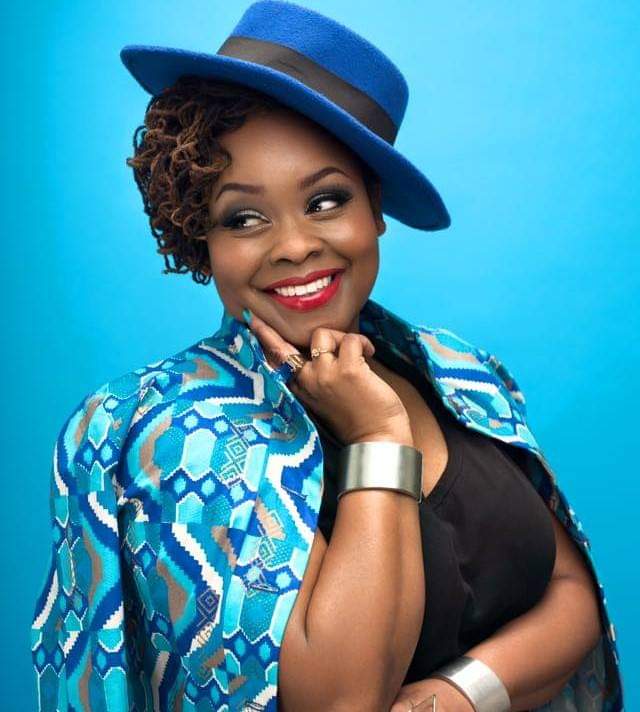 June Gachui is an inspiration that one can pursue a professional career while also following a musical dream.

She is a talented Kenyan musician and a lawyer who juggles the two sides to her brilliance.

She is also an actor, bilingual MC, show producer and radio presenter at Capital FM.

She is widely known as the ‘queen of all things nyummy'.

June explains that the phrase is a feeling which people get when they listen to her music or do activities they love.

“There is away music, a relationship or something you love hits you. That vibe is what I call nyummy, that is why in life you really have to look for happiness or joy intentionally,” she said in an interview.

June says Nyummy music is a new genre that is a mixture of different cultures and is named after the feelings the songs provoke.

The musician has over two decades experience of live performance on both international and Kenyan stages.

She has performed live shows in the United States, France, Australia, the United Kingdom, Uganda and Kenya.

In December 2021 June and other musicians came together and curated The Tribute Series in honour of both living and fallen musicians.

They celebrated music, performance and the gift that was Whitney Houston.

#RememberingWhitneyHouston featured a variety of  vocalists carefully selected based on musical prowess and stage performance and equally excellent musicians.

She describes the highlight of her music career as the moment she launched her album dubbed ‘Twenty Years’ in 2016 and held a two-day concert.

“My album launch will forever be a massive, beautiful memory in my entire life there were two bands performing, an all-male and an all-female band. I think we created such magic by being able to release the album and also performing that content on stage was the yummiest thing ever,” she said during an interview.

On the album she released, June featured famous musicians, including Kaligraph Jones and Blinky Bill.

The album was a testimony of her life experience and 20-year musical career journey told in her own style of music, which she refers to as Nyummy music.

June explains that there are various genres of music in her album.

“I have a mixture of Neo Soul, RnB, Rock and Afro fusion. Nyummy music is just a feeling and a vibe in my music,” she said.

Besides music, June is also an advocate of the high court and practices Intellectual Property and Entertainment Law in Kenya, an area that handles the creative industry.

“I do practice law every day for 12 years now. We have been helping the creative industry by teaching them about their rights,” she said.

June will perform in the anticipated Stanbic Yetu Festival alongside American musician and songwriter Anthony Hamilton on July 30 at Carnivore grounds.

June explained that she missed the last concert Hamilton performed eight years ago and since then, she had hoped to perform with him and potentially collaborate over new music.

She is looking forward to a live interaction with other musicians and dancers since it will be the first live event post Covid.

“We had missed live gigs, the ability to be on stage and having people in the audience. The ability to jump on stage and dance with other singers, people joining in performing. Covid came and slapped all of us,” she said.

June said that during the Stanbic Yetu festival she will introduce a new set of vocalists and instrumentalists.

“We have so much talent in Kenya that it is a shame that we do not have such concerts often. If we could have such events every month it would be nice,” she said.

This is not the first time the festival is happening in Kenya, it took place virtually in August 2020 during the Covid-19 lockdown, with the digital event aiming to connect the local and global music community during the pandemic.

Other musicians who will be present include Otile Brown and other new vocalist and instrumentalists.

The festival, organised by Stanbic Bank in partnership with Radio Africa Group, seeks to nurture and promote the development of the performing and visual arts in Kenya.

June urged Kenyans to come out with friends and family to have a good time.

Hamilton says it touches on things from the past that he is not necessarily proud of.
Sasa
3 weeks ago

The concert to be headlined by Jazz Grammy star Antony Hamiliton,
News
2 months ago
WATCH: The latest videos from the Star
by PERPETUA ETYANG
Entertainment
26 July 2022 - 09:04
Read The E-Paper