The woman was set on fire by her former husband while she was livestreaming from her kitchen.

•In June 2020, Lamu divorced Tang who, the court said, had had a history of violence against her.

•One survey suggests a quarter of all Chinese women have suffered from domestic abuse. 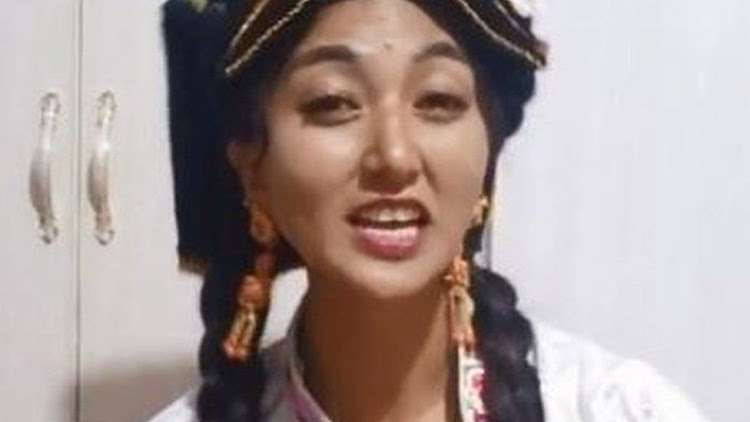 A screen grab of Lamu from the Douyin website

A Chinese man has been executed for murdering his ex-wife by setting her alight while she was livestreaming.

The woman, known as Lamu, was a well-known social media personality on Douyin, China's version of TikTok.

Hundreds of thousands of her followers had watched videos about her life in the mountains of Sichuan province.

The case shined the spotlight on violence against women in China. One survey suggests a quarter of all Chinese women have suffered from domestic abuse.

The mother-of-two is reported to have approached police about her husband's violence while they were married only to be told it was a family matter.

When her husband Tang Lu was sentenced to death, the court in Aba prefecture, a remote rural area in the south-west of Sichuan province where a large number of ethnic Tibetans live, found that his crime was "extremely cruel" and the social impact had been "extremely bad".

In June 2020, Lamu divorced Tang who, the court said, had a history of violence against her.

About three months later he doused her with petrol at her father's home and set her alight. She suffered burns to 90% of her body and died two weeks later.

The case caused outrage across the country and prompted renewed debate about violence against women.

Thousands of Lamu's followers left messages on her Douyin page, while millions of users on the microblogging platform, Weibo called for justice using hashtags that were later censored.

China criminalised domestic violence in 2016 but it remains widespread, particularly in rural areas.

Some activists fear that a recently introduced mandatory 30-day "cooling off" period for couples who wish to divorce may make it harder for women to leave abusive relationships.

Chinese cuisine: An experience of health. fortune and good luck

•Large round tables are typically Chinese, round symbolises unity and luck. In the middle there are plates or food or a hotpot. • Although China has ...
Counties
3 weeks ago

IMLU director says reports indicate there was no violent confrontation with the officers.
News
3 weeks ago

Ideally, a three or four-minute shower with a focus on the armpits and groin is adequate.
Sasa
3 weeks ago

Currently, there is no way of storing messages in disappearing chats.
News
3 weeks ago

The classification follows a worldwide upsurge in cases all over the world.
Sasa
3 weeks ago

An easy recipe to help celebrate the return of the sun, perfect for chocolate lovers.
Sasa
3 weeks ago

Our pets are capable of recognising emotions shown by certain facial expressions.
Sasa
3 weeks ago

Vitamin B6 has a calming effect on the brain, reducing anxiety among the participants.
Sasa
3 weeks ago
WATCH: The latest videos from the Star
Entertainment
25 July 2022 - 15:16