Eight of the best series and movies to watch this July

From a Resident Evil series to new sitcom Uncoupled, find what to watch this July.

•From a Resident Evil series to new sitcom Uncoupled, find what to watch this July. 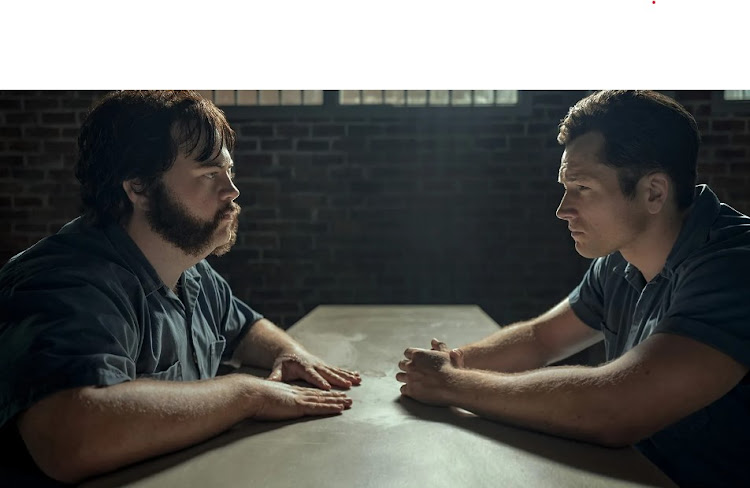 Sentenced to 10 years in a minimum-security prison for drug dealing without the chance of parole, Jimmy Keene was set to wait out his stretch. But he's given the chance of a lifetime: to enter a maximum-security prison and befriend a suspected serial killer whose case is up for appeal, extract a confession and the locations of bodies from him, and then be given his freedom. Inspired by true events and adapted from Keene's memoir In with the Devil – co-written with investigative journalist Hillel Levin – Black Bird promises to be a psychological study of one man trying to extract answers from another, and work out whether he is telling the truth. Starring Taron Egerton (Rocketman) as Keene and Paul Walter Hauser (Richard Jewell) as Larry Hall, the killer in question, Black Bird is the creation of renowned novelist Dennis Lehane, whose books include Shutter Island and Mystic River, both themselves adapted into hit screen thrillers. The supporting cast includes the late, great Ray Liotta, playing Egerton's father in one of his final screen roles, alongside Greg Kinnear (As Good As It Gets) and Sepideh Moafi (The Deuce).

The first two episodes of Black Bird are released on Apple TV+ on 8 July, with the rest following weekly

Seventeen years is a long time to spend with someone – and for 40-something Michael (Neil Patrick Harris), whose husband walks out on him, readjustment back to the single life after all that time in a relationship is no mean feat. This new comedy from Sex and the City and Emily in Paris creator Darren Star will see Michael trying to get to grips with a thoroughly changed dating world. The series got into hot water last year when it emerged that it had dropped a character – a Latina housekeeper – after backlash from actor Ada Maris, who had read the script and told Variety that the character was "hurtful and derogatory". Speaking to the Guardian, Harris said that he "applauded" Netflix for taking the step to remove the character. With Star's other shows bringing in legions of dedicated fans, Netflix will surely be banking on this to be a hit. Watch the teaser trailer for Uncoupled here.

Uncoupled is released on 29 July on Netflix 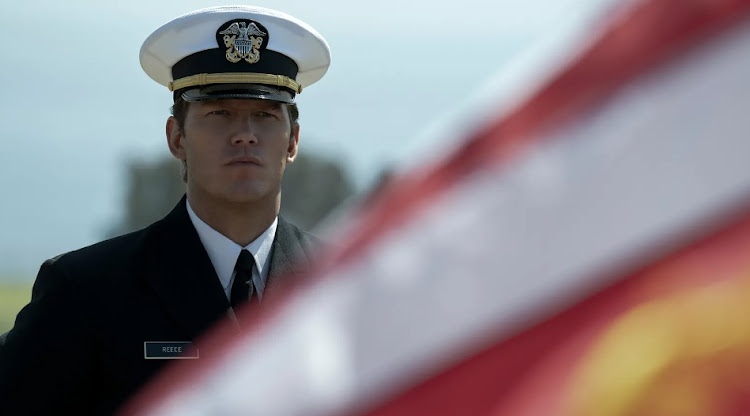 "There's evil in this world, the likes of which you can't possibly imagine," says James Reece (Chris Pratt) in the trailer for this new revenge action-thriller. Adapted from Jack Carr's best-selling novel of the same name, The Terminal List follows James Reece, a US Navy Seal who lost 12 colleagues during a covert mission. Back home with his family, Reece is traumatised, but determined to find out what happened to his platoon and take down the dark forces still at large. Pratt also serves as executive producer, and Constance Wu (Crazy Rich Asians), Taylor Kitsch (Friday Night Lights), Jeanne Tripplehorn (Mrs America) and Riley Keough (American Honey) make up just some of the star-studded cast. A review of the original book in The Washington Times said it "grabs you from the start and never lets go. The action is explosive. And the suspense will blindside you." Let's hope the same applies here.

The Terminal List is released on 1 July on Prime Video 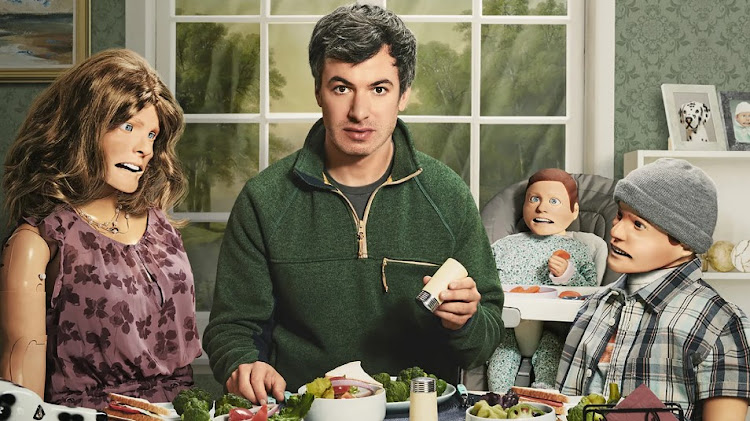 How far would you go to reduce the uncertainties of everyday life? This new comedy explores the possibilities of rehearsing for life's biggest moments, using a construction crew, a team of actors, and seemingly unlimited resources. It's written, directed and starring Nathan Fielder – co-creator of cult series Nathan For You and executive producer of HBO's How to With John Wilson – who announced the release of the series to his 470,000+ Twitter followers with a short clip of the show featuring people watching a parent and baby on video monitors: so far, so mysterious. Speaking to Louis Theroux in Interview magazine two years ago, Fielder hinted at a change of pace in what he's creating, saying "now, I'm working on new stuff that addresses more accurately where my head's currently at." If it is anything like his other comedy though, expect wince-inducing irreverence.

It's Christmas Eve at the Monte Baruca psychiatric prison in Madrid, where dangerous serial killer Simón Lago (Luis Callejo, The Fury of a Patient Man) is being held. An armed gang surround the prison and cut off communications, with the aim of capturing Lago. But warden Hugo (Alberto Ammann, Narcos) isn't going down without a fight. Created by Víctor Sierra and Xosé Morais, two of the creators of Néboa, and directed by Sky Rojo's Óscar Pedraza, this Spanish-language thriller series looks set to be chock-full of explosive, high-octane action.

The Longest Night is released on 8 July on Netflix

When someone dials 999, life-and-death decisions are made very quickly. Set in Glasgow, The Control Room follows Gabe (played by Iain De Caestecker, Agents of Shield), a call handler whose world is turned upside down when he receives a call from a distressed woman who appears to know him. Gabe must work out who this woman is, and make decisions which could have life-altering consequences. Written by Nick Leather (Murdered For Being Different), this thriller also stars Joanna Vanderham (Warrior), Sharon Rooney (My Mad Fat Diary), Daniel Portman (Game of Thrones) and Taj Atwal (Line of Duty). Speaking when he was announced as the lead, De Caestecker said "The Control Room is one of the most exciting scripts I've ever read, I was on the edge of my seat the whole time so I'm thrilled to now be bringing it to life." 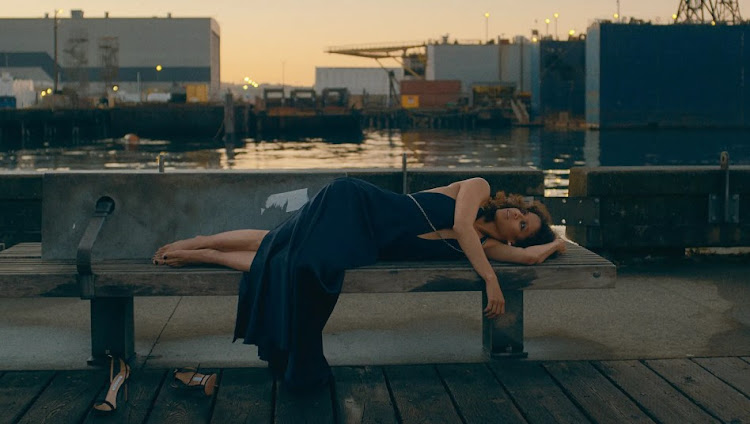 Billed as a "sexy, elevated thriller", the San Francisco-set Surface sees Sophie (Gugu Mbatha-Raw, Belle) wake up from a traumatic head injury with severe memory loss following an apparent suicide attempt. As she's guided through recovery by her husband and friends, she begins to ask whether what they're telling her about her life is real. Created by Veronica West (High Fidelity), with direction from Sam Miller (I May Destroy You), it also stars Oliver Jackson-Cohen (The Haunting of Hill House), Stephan James (If Beale Street Could Talk), Ari Graynor (The Disaster Artist) and Marianne Jean-Baptiste (Without a Trace). The blurb for the show describes Surface as "a story of self-discovery which contemplates if we are pre-programmed to become who we are, or if we choose our own identity," so expect major twists and turns as Sophie tries to find the truth.

For more than 25 years, Resident Evil titles have been some of the gaming world's most popular. The survival horror franchise has spawned an empire of spin-offs including novels, six films, comics, and now, finally, after years of development, a live-action TV series. The show is set across two timelines: in the present-day, teenage siblings Jade (Ella Balinska) and Billie Wesker (Siena Agudong) move with their father Albert (John Wick's Lance Reddick) to New Racoon City, the home of the sinister Umbrella Corporation. Cut to 2036, and Earth is a very different place: there are now six billion zombies – people who have been infected with the so-called T-virus – and only 15 million humans left, as Jade fights for survival. Showrunner Andrew Dabb (Supernatural) told Gizmodo that the show is true to the games' roots, saying: "It's got the blood and the guts and the gore and the monsters and the secrets and the betrayals and all that stuff. And I hope people really respond to that."

She is the most nominated woman and the most awarded singer in Grammy Award history.
Sasa
1 month ago

From Maverick, Turning Red and Everything Everywhere All at Once we give you all the tea.
Sasa
1 month ago

These movies had us laughing from the word go!
Sasa
2 months ago

The censorship is thought to be because the film contains a same-sex kiss between two supporting characters.
Sasa
2 months ago

The dinosaurs are back in 'Jurassic World' finale