•Hall also starred in films such as The Truman Show, Rush Hour and Paul Thomas Anderson's Magnolia and Boogie Nights. 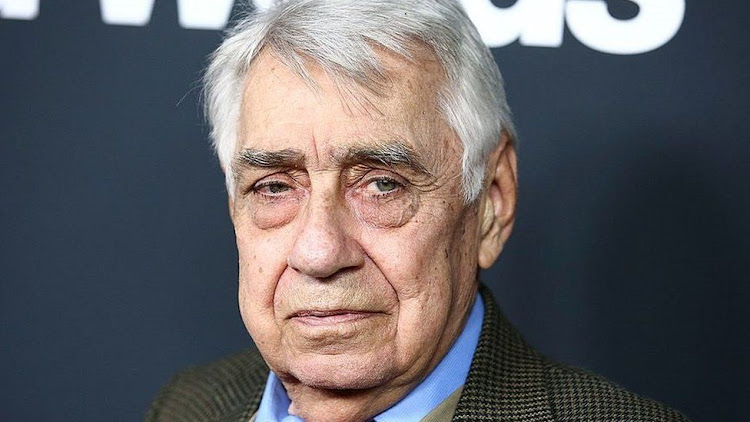 Philip Baker Hall, the US character actor who had a much-loved guest role in the sitcom Seinfeld, has died at the age of 90.

Hall played a haranguing librarian who accused Jerry Seinfeld of not returning a long overdue library book in a memorable 1991 episode.

The great Philip Baker Hall will forever be remembered by Seinfeld fans as the hard-nosed library detective, Mr. Bookman. Hall had a long and impressive career as one of Hollywood's top character actors. His talent will be cherished. pic.twitter.com/1x5mLyvro3

The actor's turn proved so popular, he returned for the show's finale.

Hall also starred in films such as The Truman Show, Rush Hour and Paul Thomas Anderson's Magnolia and Boogie Nights.

Seinfeld co-creator Larry David, who was also behind Curb Your Enthusiasm, told the Washington Post in a 2017 interview that "Philip has made me laugh harder than any actor I've worked with".

Speaking to the newspaper about Hall's portrayal of Bookman, David said "he was so committed to that character that he had us on the floor. Jerry had problems getting through the scene".

Anderson, whose films include this year's Oscar-nominated Licorice Pizza, enjoyed a long professional relationship and friendship with Hall.

"I have a particular fascination with character actors, with wanting to turn them into lead actors," Anderson told The Los Angeles Times in 1998. "I see Philip Baker Hall, he's just... an actor that I love. There's no one else with a face like that, or a voice like that."

The pair met when Anderson was a production assistant on a TV film Hall was working on in the early 1990s, spending time drinking coffee and smoking together during breaks.

Anderson asked Hall to look at his short film script, which was actually called Cigarettes and Coffee.

"Certainly, as a film, I'd never really seen anything like it. It was staggering."

The short made it into the Sundance Film Festival and was expanded into Hard Eight, with Hall playing the role of gambler Sidney and signalling his big break as an actor.

Hall initially got the bug for acting while at the University of Toledo, his home city, but went on to become a US Army translator and a teacher. He didn't pursue an acting career until he was in his 30s, moving to Los Angeles in his 40s.

Hollywood star Mark Ruffalo, who appeared alongside him in Zodiac, tweeted: "RIP Philip Baker Hall. One of the greats. It's been a gift watching you. It was an honour working with you in Zodiac. Kindness, generosity, humility, and great talent".

Hall actually appeared in two Zodiac films - the 2007 version with Ruffalo, Jake Gyllenhaal and Robert Downey Jr and 2005's The Zodiac. Both were based on a true story about a serial killer in San Francisco in the 1960s.

He also enjoyed a career on the stage, including a production of David Mamet's American Buffalo with runs in London and New York.

Entertainment Weekly film writer Joshua Rothkopf heaped praise on Hall for his performance in the latter.

Hall is survived by his wife, four daughters, four grandchildren and his brother.

His virtuosity is matched only by his range, from music to media, culture, business, and philanthropy.
Sasa
1 week ago

Lung’aho is looking for more diverse roles that will push him even further away from his comfort zone.
Sasa
1 week ago

The seven-week televised trial was one of the most high-profile celebrity cases of recent years.
Sasa
1 week ago

In Middle East and Muslim nations, same-sex relationships are criminalized.
Sasa
1 week ago

Experts agree that taking advantage of sunlight during the day by going for walks or sun bathing.
Sasa
1 week ago

Spinach pancakes are wholesome and completely guilt-free.
Sasa
1 week ago

Not getting enough quality sleep can have a serious physical and psychological impact.
Sasa
2 weeks ago
by BBC NEWS None
Entertainment
14 June 2022 - 14:05