The seven-week televised trial was one of the most high-profile celebrity cases of recent years.

•The seven-week televised trial was one of the most high-profile celebrity cases of recent years.

•She won one of her counter-claims against him, awarding her $2m (£1.5m) in damages.

Amber Heard has said the "hate and vitriol" she received online during her court battle with Johnny Depp meant there wasn't a "fair representation" of the case on social media.

Two weeks ago, a jury said her domestic abuse claim was defamatory and false.

Heard, in her first interview since the verdict, said she didn't blame the jury for believing her ex-husband.

They had heard "three weeks of non-stop, relentless testimony" about "how I was a non-credible person", she said.

NBC released a clip of the interview on Monday, with more to be broadcast later this week.

Support for the Pirates of the Caribbean actor far outweighed that for Heard on social media during the trial, with many Depp supporters directing savage criticism at her and her credibility. 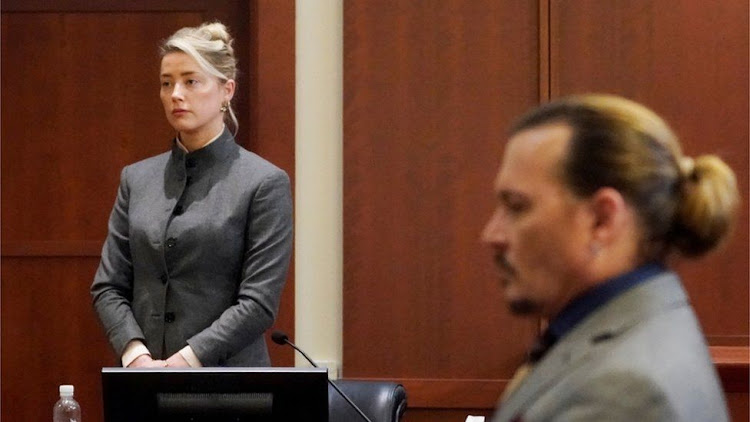 The seven-week televised trial was one of the most high-profile celebrity cases of recent years
Image: REUTERS

Speaking to NBC, the actress said: "I don't care what one thinks about me or what judgements you want to make about what happened in the privacy of my own home, in my marriage, behind closed doors.

"I don't presume the average person should know those things. And so I don't take it personally.

"But even somebody who is sure I'm deserving of all this hate and vitriol, even if you think that I'm lying, you still couldn't look me in the eye and tell me that you think on social media there's been a fair representation.

"You cannot tell me that you think that this has been fair."

The jury in Fairfax, Virginia, awarded $10.35m (£8.2m) damages to Depp after finding Heard had defamed him on the central question of domestic abuse. Heard has said she will appeal.

She won one of her counter-claims against him, awarding her $2m (£1.5m) in damages.

When NBC's Savannah Guthrie put it to her that the jury thought she was lying, Heard replied: "How could they make a judgement, how could they not come to that conclusion?

"They had sat in those seats and heard over three weeks of non-stop, relentless testimony from paid employees and, towards the end of the trial, randos [unknown people] as I say."

She said she could understand why they had come to their decision.

"I don't blame them. I actually understand. He's a beloved character, and people feel they know him. He's a fantastic actor."

Guthrie responded that the jury's job was not to be dazzled by his personality and status, but to look at the facts and evidence, and they did not believe what she had said.

Heard replied: "Again, how could they, after listening to three and a half weeks of testimony about how I was a non-credible person, how not to believe a word that came out of my mouth?"

In both the UK and the US trial, Mr Depp's lawyers argued that Ms Heard was lying to make their case.
Sasa
3 weeks ago

The gig came a day after Depp won the high-profile US defamation case.
Sasa
3 weeks ago

The number of people who watch TV news each evening in America is about 18 million.
News
3 weeks ago

Charles Nduka, said patients with the syndrome can make a full recovery if there is early treatment.
Sasa
2 weeks ago

It inspired countless memes and Halloween costumes and kickstarted sales of green tracksuits.
Sasa
1 week ago
by BBC NEWS None
Entertainment
14 June 2022 - 10:30