Halsey: 'I've been sick for most of my adult life'

The singer posted an update for fans on her Instagram Story saying she'd been hospitalised recently.

•The singer posted an update for fans on her Instagram Story saying she'd been hospitalised recently.

•Halsey - who welcomed her first child Ender in July last year - said her symptoms had been "exacerbated" by the pregnancy. 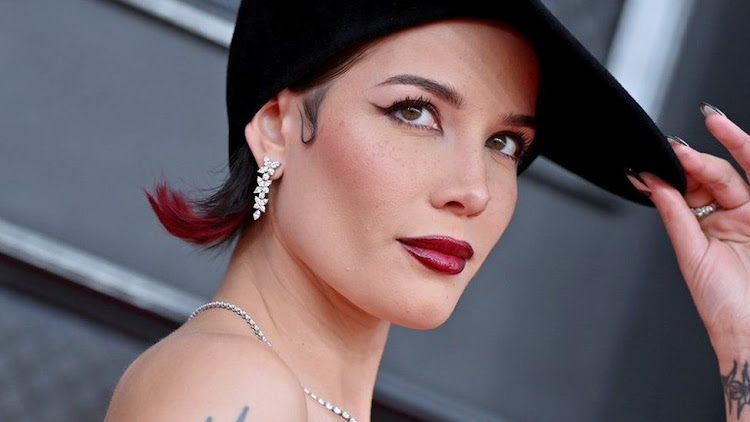 Halsey has said she is dealing with a number of health issues, in a revealing update on Instagram.

Wearing a heart monitor, the singer posted on her Instagram Story saying she'd recently been "hospitalised for anaphylaxis a few times".

"My health has changed a lot since I got pregnant and gave birth. I started getting really sick, I've been kind of sick most of my adult life."

But the 27-year-old is still "excited and confident" for her next tour.

Halsey has previously spoken about her struggles with endometriosis in the past - which is a condition that affects one in 10 women of any age in the UK - where cells like the ones in the lining of the womb uterus are found elsewhere in the body - including the bowel, ovaries or bladder.

'Looking for the root cause'

After seeing multiple doctors, the three-time Grammy nominee says she was diagnosed with different conditions.

"I'm still looking for the root cause of some of these things," Halsey said.

"It could potentially be another type of auto-immune disease, and I've known about auto-immune issues for most of my life, especially having endometriosis."

Halsey has spoken openly about her health during her career, Here are the conditions she has been diagnosed with.

Halsey - who welcomed her first child Ender in July last year - said her symptoms had been "exacerbated" by the pregnancy.

Halsey is due to tour this summer, with dates including appearances Reading and Leeds festivals, but says she is "on a treatment plan" as she rehearses.

She admits not being able to tour like she used to "when I was younger and worked insane hours and days in a row".

"I've learnt a lot about doing my job under the conditions I'm experiencing."

She said her performances will also reflect what her body has been going through.

"A lot of the tour will be delving into this weird body horror about everything I've been experiencing, feeling my body is rebelling against me."

"Hopefully I've built a show that really reflects that and can be a cathartic place for you to release some tension if you are feeling or have ever felt similarly."

“Wait For U” was released on Future’s album I Never Liked You on April 29.
Sasa
1 week ago

He stars in a new promotional film for his company Travalyst.
Sasa
6 days ago

To cap it all, the Minions themselves are covering Simon & Garfunkel's Cecilia.
Sasa
6 days ago

The company’s statuses are end-to-end encrypted, just like messages and calls.
Sasa
5 days ago

The restaurant, however, does not serve any alcoholic drinks and pork dishes.
Sasa
6 days ago