She claimed that Mr Depp told her that "the only way out of this is death".

•Following the incident, Ms Heard said he met her in New York to apologise and to prove he was sober and committed to change. Amber Heard says a perceived affair with fellow actor James Franco led to ex-husband Johnny Depp assaulting her on a cross-country flight in 2014.

Taking the stand for a second day as part of a multi-million dollar defamation trial, Ms Heard cast Mr Depp as deeply troubled by jealousy and drugs.

Mr Depp is suing Ms Heard for $50m (£40m) over an article in which she said she was a victim of abuse.

She is countersuing for $100m.

On Thursday, Ms Heard alleged that much of her ex-husband's anger was caused by his belief that she was seeing James Franco, whom she said Mr Depp "hated".

Mr Franco starred alongside Ms Heard in Pineapple Express and The Adderall Diaries.

That jealousy, she claimed, led an angry Mr Depp to repeatedly question her on a flight from Boston to Los Angeles, in which he allegedly kicked her. 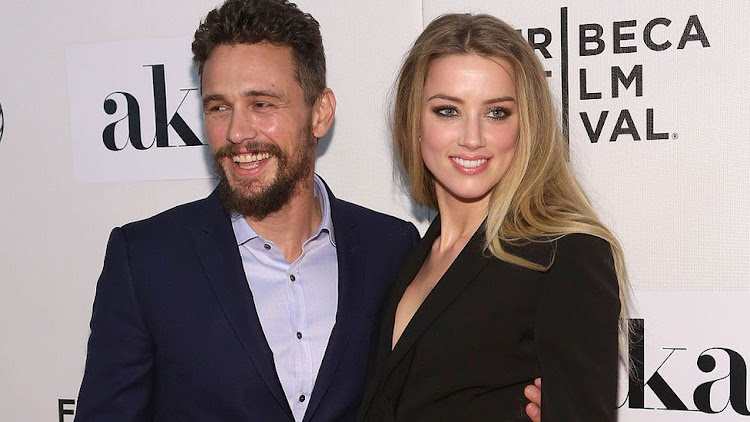 "He just kicked me in the back. I fell on the floor," she said. "No one said anything. No one did anything. It's like you could hear a pin drop on that plane."

The court also heard a recording allegedly of Mr Depp on the flight, which Ms Heard said showed him "howling" while suffering from the effects of drug use.

Following the incident, Ms Heard said he met her in New York to apologise and to prove he was sober and committed to change.

Jurors have repeatedly heard about the incident on the flight. In his own testimony, Mr Depp said that he took Oxycodone pills and fell asleep to avoid her.

During her testimony, Mr Depp could sometimes be seen closing his eyes or donning his sunglasses. At one point, he shook his head quietly.

Ms Heard alleged she had the fight with Mr Depp after an argument about his daughter Lily-Rose, who was about 14 at the time.

"She was so young," Ms Heard said. "I felt protective."

"It was complicated but he was the love of my life," she said of her desire to marry him.

Detailing a discussion over a prenuptial agreement with Mr Depp, she claimed that Mr Depp told her that "the only way out of this is death".

"I didn't care either way, but I did feel it [the agreement] would eliminate suspicion or doubt, and it would make things easier," she added.

Earlier in the trial, Mr Depp claimed he never struck Ms Heard, or any women. Instead, he said she was often abusive herself and had a "a need for conflict".

At several points in her testimony, Ms Heard claimed that Mr Depp attempted to control her career, becoming angry at her efforts to find new roles.

These arguments, she added, would often end in Mr Depp taking things "too far" by striking her or breaking things in their home before leaving and eventually apologising.

His abuse "was always so much worse when I went to work," she said.

Before she wore dresses to red carpet events, she said she would check for bruises on her body first.

In one apology e-mail shown to jurors, Mr Depp described himself as "savage" who was sorry for the disappointment he caused. She said this was "typical" of his apologies.

"I was encouraged because I thought it meant he could really hurt me," she added. "Sometimes I didn't think he understood how much he could hurt me."

The defamation cases stems from a December 2018 opinion piece in the Washington Post, in which she said she was a victim of abuse but did not name Mr Depp.

His lawyers have said that the piece "incalculably" damaged his career prospects.

Amber Heard says Johnny Depp struck her when on drugs

Ms Heard said it happened when she laughed at a tattoo on his arm.
Sasa
2 weeks ago

Johnny Depp's ex wife claims he was abusive during their marriage between 2015 and 2016.
Sasa
3 weeks ago

The smoothie is good for your immune system, promotes better eyesight and manages diabetes.
Sasa
2 weeks ago
“WATCH: The latest videos from the Star”
by BBC NEWS None
Entertainment
06 May 2022 - 07:44