The British Dietetic Association, said portraying such a regime was "irresponsible".

•The British Dietetic Association, said portraying such a regime was "irresponsible". 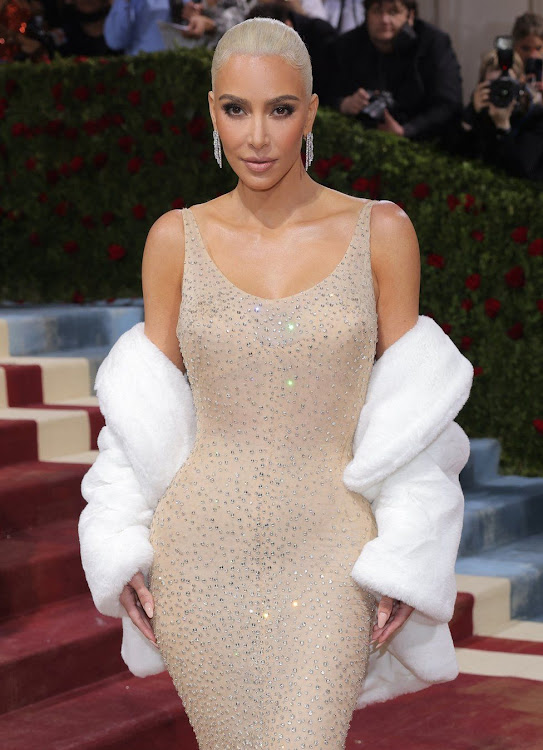 Kim Kardashian has been accused of sending a damaging message about dieting, after saying she had lost 1st 2lb (7.3kg) in three weeks to fit into a dress once worn by Marilyn Monroe.

The reality-TV star said it had been "such a challenge", adding: "I didn't starve myself - but I was so strict."

Nichola Ludlam-Raine, of the British Dietetic Association, said portraying such a regime was "irresponsible".

Kardashian wore the crystal-embellished gown to the Met Gala, on Monday.

Monroe wore it when she sang Happy Birthday to US President John F Kennedy, in 1962.

She gave details of her diet and fitness regime to fashion magazine Vogue.

Kardashian was criticised on social media, including by Riverdale actress Lili Reinhart, who wrote on her Instagram story it was "so wrong" to talk about going on a crash diet "when you know very well that millions of young men and women are looking up to you and listening to your every word", according to E!

The big #MetGala fashion moment, I guess, was Kim Kardashian wearing the Marilyn Monroe dress, which she said she lost 16 pounds in three weeks to fit into. If that's not the regressive messaging this industry has tried desperately to distance from, what is?

Ms Ludlam-Raine said it would be impossible to lose 1st 2lb of fat in three weeks.

Much of it would have been water and glycogen, a form of stored carbohydrates, lost when someone stopped eating sugar and carbohydrates but regained when they resumed.

Kardashian's comments were potentially "dangerous, especially to vulnerable people" and sent a message that was "completely wrong", she said.

"It's really irresponsible because a lot of people will be reading and watching her, especially people with eating disorders, or young women, thinking that it is possible, or it is needed, to lose such a dramatic amount of weight in a relatively short amount of time, when most health experts recommend losing around 1-2lb a week," Ms Ludlam-Raine said.

"It's not a sustainable way of living. When you cut out sugars, research shows that we end up psychologically craving it more - and what that can lead to is a binge-restrict cycle.

"She said afterwards she was going to have a doughnut or something like that. We want to pull people away from this binge-restrict cycle, and actually show people that they can have the food that you love in moderation whilst achieving whatever health or weight goals you have in mind.

"Ultimately, it's about finding that balance between healthy eating for your body and your soul - and it sounds like she's done neither over those three weeks prior to the Met Gala.

Tom Quinn, director of external affairs for eating-disorder charity Beat, said: "Dieting and weight-loss advice can be very attractive to those affected by eating disorders, who may treat it as 'inspiration' to carry out dangerous eating disorder behaviours.

"We strongly urge anyone affected by an eating disorder or worried about their health to not attempt to copy any dieting tips they hear and to contact their GP or care team if feeling unwell."

Kardashian has been asked for a response to the criticism.

The movie has sparked objections in some parts of the Middle East, according to media reports.
Sasa
2 weeks ago

Clips shared on social media showed someone running into the star.
Sasa
2 weeks ago
“WATCH: The latest videos from the Star”
by BBC NEWS None
Entertainment
05 May 2022 - 07:48