"I don't want any woman to die, but I think it's inevitable. Whether we hear about it or not is another thing."

•The film follows Anne, played by Anamaria Vartolomei, who gets pregnant during her studies in 1963

•"I don't want any woman to die, but I think it's inevitable. Whether we hear about it or not is another thing." 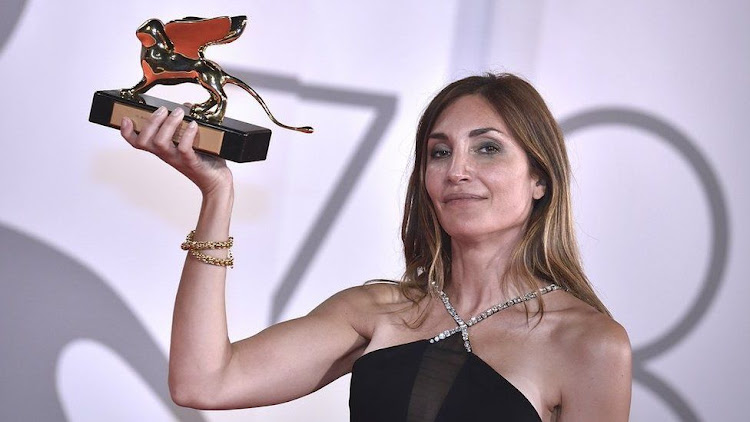 Audrey Diwan with her Golden Lion award at the Venice Film Festival in September
Image: BBC

The director of a Bafta-nominated film about a young student having an illegal abortion in 1960s France says her own abortion led her to make the movie.

Audrey Diwan was nominated for best director at this year's Baftas and won the prestigious Golden Lion at last year's Venice Film Festival for Happening (L'événement), based on a novel published in 2000 by French author Annie Ernaux.

She becomes pregnant while finishing her studies in 1963 and searches with increasing desperation for a way to have an abortion. The practice was illegal in France until 1975.

"I read her book soon after getting an abortion myself," says Diwan. "I wanted to read about the subject, and it was recommended to me.

"It was special to me to find that book, because I had a medical abortion and I didn't know what a clandestine abortion really was - the journey, the violence, the complexity, and the loneliness."

The French journalist and director adds: "I was mesmerised by this story of this very brave character and everything she wanted her life to be. But I was enraged by this story of illegal abortion. Women can't even imagine what it was like then.

"It's a special book, but it's the only one of Annie's that wasn't really noticed by journalists at the time. Abortion has been a silent topic somehow. I think there is fear - we fear a woman's body and its secrets."

But the subject of abortion isn't a silent topic in movie-making this year. As well as Happening, Phyllis Nagy's film Call Jane screened at this year's Sundance and Berlin Film Festivals.

It stars Sigourney Weaver and Elizabeth Banks in a fictional account of the real-life Jane Collective, who offered safe but illegal backstreet abortions in Chicago in the 1960s, using the name Jane as a cover for all participants.

Meanwhile, a documentary, The Janes, about the same group, has also been made and is being released by HBO.

Call Jane was filmed in 23 days, using one camera. Nagy claims the topic of abortion is "now the lightning rod for all our discussions on women's rights". She says: "Even in parts of Europe, and certainly in other parts of the world, women's rights are an afterthought."

In the US, laws governing the availability of abortions have recently been tightened in a string of states.

Earlier this month, Oklahoma imposed a near-total ban, which the congressman who wrote the bill said could see "many lives of babies saved". Last week, Florida cut the time limit for an abortion from 24 to 15 weeks, which its governor said would "defend those who can't defend themselves".

American film-maker Nagy argues the crackdown could lead to tragedy if some women who seek an abortion struggle to find a safe termination for their pregnancies.

"The way we communicate now with social media is vastly different to that time in Call Jane," she says. "So it will be easier to get the information of where you can go to get an abortion than it was in the 1960s and 70s.

"But although you will be able to get an abortion in California, for example, will you be able to afford to get there? And in Texas you might have to drive vast distances to find that one doctor who'll perform it in a neighbouring state.

"I don't want any woman to die, but I think it's inevitable. Whether we hear about it or not is another thing."

Speaking at the film's launch at Sundance in January, Weaver, who plays an activist in the Jane Collective, recalled being a young woman when the landmark Roe vs Wade court case was passed in 1973, which made abortion legal in the US.

"It was a wake-up call to me because it's an issue that's been politicised," Weaver said. "This film will take you back into that experience. It's a story about women rescuing other women.

"Having lived through that time, believe me, we don't want to go back to that. You may not agree personally with me though, and that's your choice."

The last time a high-profile film highlighted backstreet abortion was Mike Leigh's Vera Drake in 2004. Imelda Staunton was nominated for an Oscar for her portrayal of a woman who was arrested for trying to help women have illegal abortions in 1950s Britain.

In 2020, Eliza Hittman's critically-acclaimed Never Rarely Sometimes Always explored the solitariness and vulnerability of a teenage girl heading to New York City in the 1970s trying to get an abortion.

Meanwhile, contemporary experiences of legal abortion have been seen in films like Alex Thompson's Saint Frances, about an accidental pregnancy, while storylines or themes have appeared in shows including Friends, My Crazy Ex-Girlfriend and The Split. 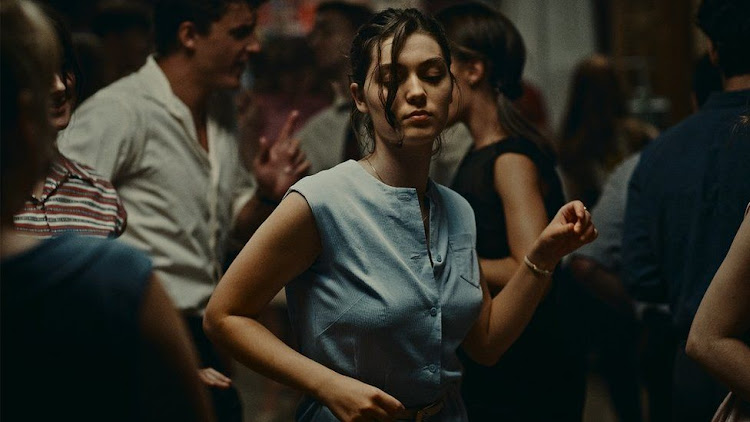 The film follows Anne, played by Anamaria Vartolomei, who gets pregnant during her studies in 1963

Louise McCudden, UK advocacy and public affairs advisor for the organisation MSI Reproductive Choices, says dramas that feature abortion can have a positive impact on women going through the same experience.

"Conversely, sometimes the way abortion is portrayed can have a very unhelpful impact," she says. "We have clients that are surprised that our staff are supportive and friendly, for instance, and that the centres are bright and clean and they don't have to go around the back door.

"In reality, clients are usually clear about what they want, they have the process and there's no right or wrong way to feel afterwards, but that's still been rarely depicted."

Audrey Diwan says that, when it came to making Happening, "it was a hard movie to make, a battle all along to convince the industry to back it".

She continues: "But it's another way to talk, perhaps about a woman's experience of abortion. Wherever I've showed the film in the world, I've met a lot of women who were able to talk about their own experiences, sometimes for the first time."

The director adds that the stories of illegal abortion and the loneliness women experienced should provoke another conversation - about male responsibilities in contraception and reproduction.

"Why does a woman seem to mostly bear responsibility in these situations?" she says.

"We ask the same question in the movie. We want an answer, so I hope the reaction and debate we have with the film will give us some answers, so we'll know why."