Richard Curtis: Ferrell should have had an Oscar nomination for Elf

• Each category's nominees at the Oscars are decided by their peers - which means actors can only be nominated by other actors.

• Then once nominations are announced, all Academy members can vote in every category. 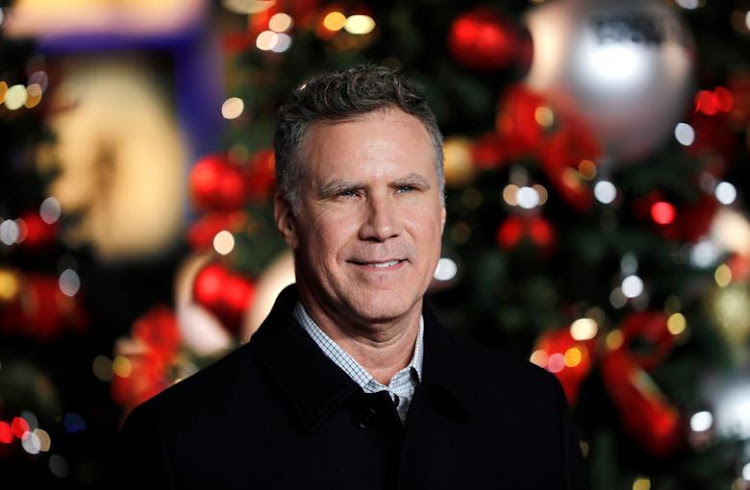 Screenwriter and director Richard Curtis has said it is a "real issue that comedy isn't respected as much" at key awards ceremonies like the Oscars.

"I always get very antsy about the fact that Will Ferrell didn't get nominated for Elf," Curtis said at the Oscar Wilde Awards in Los Angeles.

"Or that Peter Sellers didn't get nominated for Inspector Clouseau."

"But it's the price you pay, as it were. Comedies tend to make a bit of money, and then you don't get the prizes."

Curtis, who is an Academy member, said he would have voted for Ferrell's performance in the hugely popular 2003 Christmas film, but "wasn't given the chance" because the actor was not nominated.

Each category's nominees at the Oscars are decided by their peers - which means actors can only be nominated by other actors. Then once nominations are announced, all Academy members can vote in every category.

Curtis added: "I think it's a real issue that comedy isn't respected as much... but I do try and push for comedy performances whenever I can."

The 65-year-old, who has also written Notting Hill and co-wrote the adaptation of Bridget Jones's Diary, has only received one Academy Award nomination - for Four Weddings and Funeral's screenplay in 1994.

This year, the satirical Don't Look Up is the only comedy among the 10 best picture nominees.

The film uses a deadly comet headed for Earth as a metaphor for climate change and the dangers of ignoring it and stars Leonardo DiCaprio, Meryl Streep and Jennifer Lawrence.

Its director, Adam McKay, told BBC News the comedic treatment was part of the reason why so many A-list stars joined the film's cast.

"I think everyone was just excited to deal with these dark times with a sense of humour," he said. "So everyone just jumped on board right away. It was one of those crazy movies."

Don't Look Up is one of the most widely-seen films in a mixed best picture race this year.

Having bypassed cinemas, the movie found a sizeable audience on Netflix over Christmas and New Year. Netflix previously said it was their second most successful film to date, behind Red Notice.

"It's hard to tell from their numbers but it seems like a lot of people saw it," McKay said. "Conservatively, definitely in the hundreds of millions watched it. And from reactions around the world from Pakistan, Nigeria, Vietnam, Brazil, Ukraine, it's been remarkable to see the world reaction to the movie."

Curtis and McKay were speaking at the Oscar Wilde Awards, an annual event that takes place just before the Academy Awards and aims to strengthen ties between Ireland and the US.

This is a particularly strong year for Irish talent and Irish-themed films, with Sir Kenneth Branagh's autobiographical Belfast nominated for six Oscars.

But it's uncertain how many of the cast will make it to the ceremony in LA after several people behind the film caught Covid.

"There are still all kinds of Covid protocols to jump through. No-one in the world is more Covid-tested than me in the last few months, it's been wild."

Asked if best director nominee Sir Kenneth and best-supporting actor nominee Ciarán Hinds would attend the ceremony, Dornan replied: "We're hoping so, I don't know, it's all going to be very last minute.

"[Getting Covid] is the risk that you take from travelling around talking about this movie, going to the awards, going to the Baftas. The Baftas seem to be a wee bit of an event where a few people picked it up.

"I've just been texting with Ciarán Hinds saying 'please tell me you're going to be OK for Sunday' because imagine the career he's had and everything he's put in, and he's nominated for his first Oscar and can't go, that would be awful."

At this year's Oscars, music will be back with performances by superstars Beyonce, Billie Eilish and others.
Sasa
6 months ago

In an era of TikTok, YouTube, the biggest showbiz night of the year has been losing viewers.
Sasa
6 months ago
Post a comment
WATCH: The latest videos from the Star
by BBC NEWS None
Entertainment
25 March 2022 - 12:37
Read The E-Paper