African Heritage on the Road

• From European tour to South African spectacle, culture lovers were treated to their fill 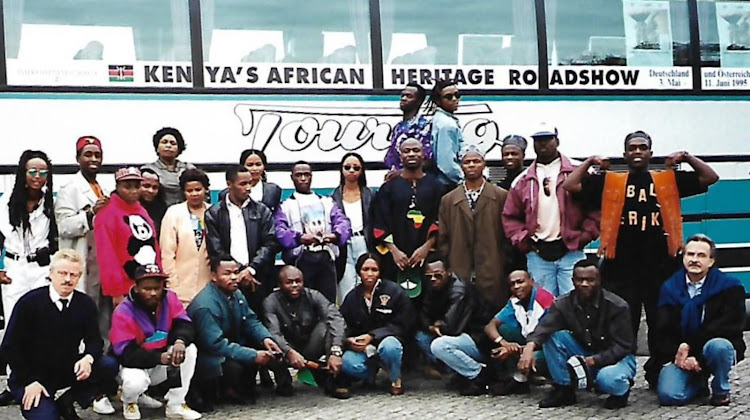 Kenya’s Africa Heritage roadshow, which traveled through Germany and Austria in 1995, the largest travelling event to come out of Kenya
Image: AFRICAN HERITAGE

The largest tour ever to come out of Kenya was the roadshow by African Heritage through 11 cities of Europe in 1995. It included a luxury bus, two lorries followed by two elephants with their own trainer and trailer who introduced the troupe in the centre of each city. A Kenyan artist created murals of game parks, beaches and Mt Kenya to transform each venue into Kenya. Jabali Afrika provided music for the tour. They were left behind in the US, where they remained until recently, when most of them returned to Kenya.

Yet this show was nearly eclipsed by the South African government in 1998. Since the liberation of South Africa from the yoke of apartheid, they had been scouring the continent for the best cultural show of Africa. After several trips to Nairobi, they finally settled on African Heritage.

The African Renaissance Show was presented for the first Telecoms Conference in Africa with 4,000 international delegates. This show required a hotel large enough for such an audience and none could be found in South Africa.

The government then bought an old warehouse where Nelson Mandela had once been employed as a security guard. They arranged to bulldoze out the interior and replace it with sets, stages and catwalks all to African Heritage specifications.  Kitchens, toilets, parking lots and a façade were completed, and the African Heritage troupe finally received their tickets to board South African Airlines when it was ultimately settled that South Africa could not provide such a show and that there was no other show on the continent to challenge Kenya’s African Heritage Festival.

The African Renaissance Show was presented only one night and then two consecutive nights on South African Television, although it was never shown in Kenya, nor has any show by African Heritage been shown in Kenya except for a few film clips.

I came out of retirement in 2019 to reconstruct the African Renaissance Show at African Heritage House for the launch of the magnificent double volume opus African Twilight on the vanishing African ceremonies, cultures and rituals of Africa.

Six hundred people arrived by special train at African Heritage House on March 3, 2019, headed by the Minister of Sports, Heritage and Culture Amina Mohamed for her first official duty in that docket.

The show opened with lectures and dramatic film clips by Carol Beckwith and Angela Fisher, followed by a show of costumes and fashions created from the vanishing hand woven and hand printed textiles of sixteen African cultures.

The show was preceded by a memorial to the fallen star of African Heritage, Ayub Ogada, who unfortunately died the day before. His most famous song, Koth Biro, was screened from the movie, The Constant Gardener. Then fellow musician Papillon performed “Ayubu”, an ode to his mentor, while dancer Fernando Anuang’a danced to the same during a Maasai libation for Ayub.

During the event, two Yoruba Chiefs, Nike Okundaye and Muraina Oyelami, presented a chieftaincy certificate to yours truly for 50 years of service to the arts of Nigeria and Kenya. His new title is Babalaje of Ido Osun. 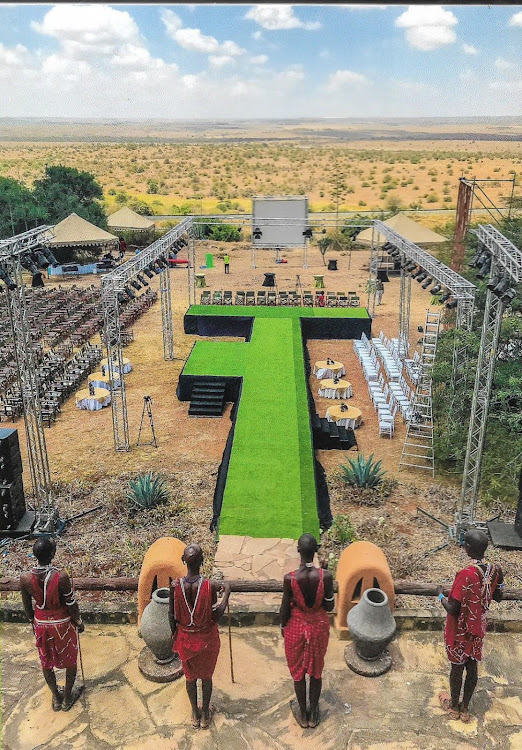 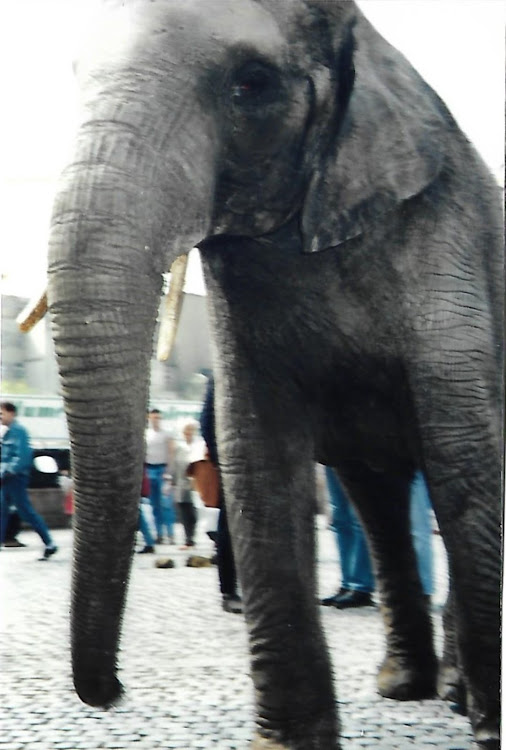 An elephant led the African Heritage Troupe through each city on the tour sponsored by the Intercontinental Hotels and Lufthansa Airlines.
Image: AFRICAN HERITAGE 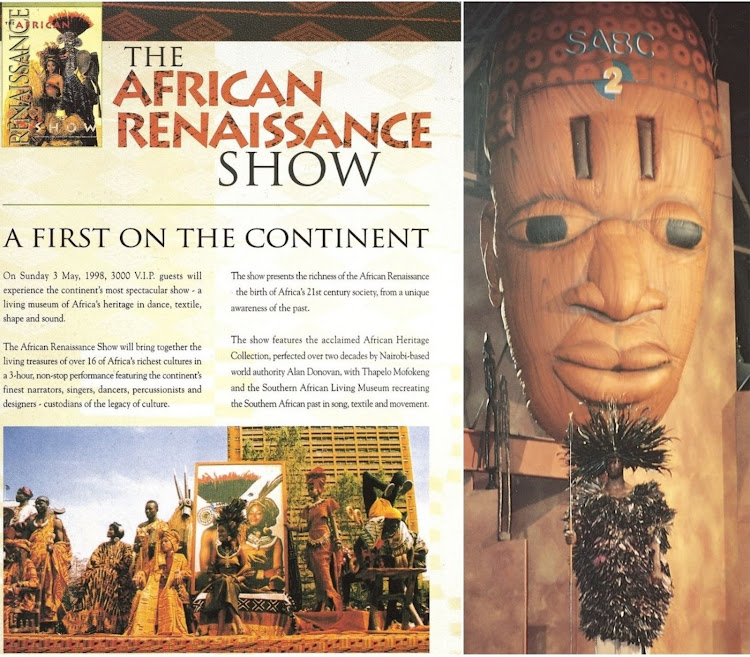 The South African government selected African Heritage Festival as the best cultural show on the African continent. As no hotel was big enough to house the show and the delegates to the first telecoms conference in Africa, they bought a warehouse and remodeled it to African Heritage specifications.
Image: AFRICAN HERITAGE
by Alan Donovan
Entertainment
09 April 2021 - 03:00