I LEARNED ABOUT RELIABILITY THE HARD WAY

How an old car ruined my last date

• At times, it's better to take a cab rather than borrow your friend's old car

• If you need a new car, Kiss 100 is giving away one on their website before Easter 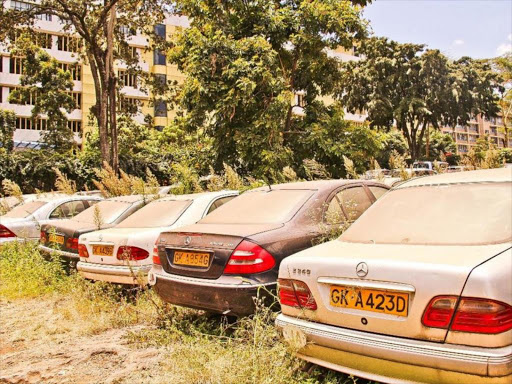 Saturday morning! I woke up as fresh as a daisy and was looking forward to meeting Shee who finally said she would go out with me. I wanted to make it special. Everything was in place and I had borrowed my friend's beater car. It would work for some privacy at the end of the date.

Left home at midday to pick her up for our lunch date. I wanted it to be perfect so being on time was critical. We were going to a new restaurant in Westlands and I had made a 1.00PM reservation. She lives in Kangemi and I, in Parklands. The calculation on time was good.

I got to her house on time and called her while parking outside the estate gate. "I'm here babe!" I blurted out with confidence, assuring her that I was a man of my word. Shortly, she appeared in her fitting lovely white jeans and a full white top. Amazing! I got out and had a quick fight with the passenger door for about 30 seconds before it swung open it to let her in.

She gave me an approving hug and without saying anything, she got in. Classical Shee, always economical with words. I wasn't sure whether that was because of the car or because she was impressed. I slammed the door, remembering the instruction from my friend to make sure that I do when closing the passenger's side.

Getting in, I noticed her perfume changed the scent of the car. I instantly realized that it had been smelling of oil and other damp things and now that my nostrils were stimulated, I had sampled the various different scents. Anyway, we were on!

Driving down the highway, we spoke about the visible construction happening and how Nairobi was moving quickly. We noticed the upcoming road and the bottlenecks occasioned by the necessary detours.

Being deep in to the story, I let my eyes off the road and faced her, intending to crack a solid joke. "Acha nikuambie, hii Kanairo vile ni jamo Africa hii, kuna vile..." (Let me tell you, we have only one Nairobi in Africa and now...")

KUBADA-BOOM! A loud sound rendered the air and momentarily, we were jolted side to side twice. Presently, the car came to a halt right outside Lion Place on Waiyaki Way. It had stalled. I tried to start it up and it didn't crank.

A cold bead of sweat ran down my backbone as Shee turned to look at me, staring with daggering eyes. Wondering what happened, I quickly yanked open the bonnet with the lever located at the footwall and stepped out to inspect the engine. At this time, cars had started hooting.

Noticing a huge pothole right behind the car, I deduced that it must have been what I hit. I had no idea what to do when I swung open the engine bay. I just stood there and stared at the engine and the wires, hiding from Shee who was presently beginning to steam hotter than the radiator.

It took me more than 10 minutes to pick myself up together and by this time, a policeman had arrived flanked by the Chinese constructors who were building the road. Traffic had really built up and my date was as cross as you can imagine!

We pushed the car safely to the side in order to open up the highway and when this was done, I approached Shee.

She blurted out and then asked me to open the door.

Speaking no more to me, she got on her phone and ordered a cab. The date was over before it even started. The reservation was a waste. The Uber came in a record five minutes and she left.

Presently, I called my friend and explained to him what happened. He guided me to the possible problem which had been the battery terminals had come off. I fastened them by hand, cranked the car and it started at an instant.

At this point, I was dusty and discouraged and slammed the bonnet shut. Looking over my shoulder, I saw a brand new car in the compound of Lion Place. It was covered in red and purple, written the words "Kiss My Ride" in white. It was beautiful and it got my attention so naturally, I was drawn. 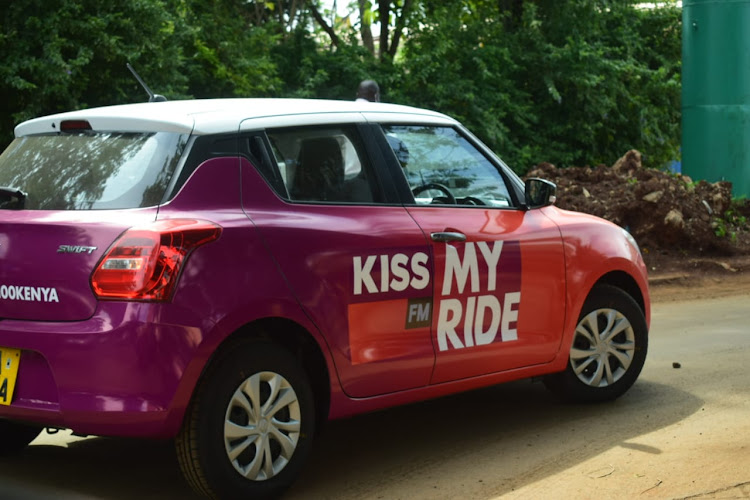 The beautiful car up for grabs. #KissMyRide
Image: Kiss 100

I also saw the website written at the back and the words Kiss My Ride stuck with me. When I got back home, I googled it and saw the Kiss 100 website and the social media.

Ladies and gentlemen, this here is my chance to win a brand new car before Easter and I'm happy to be sharing this with you.

How to win the brand new car and #KissMyRide

First, simply register on the Kiss 100 website (https://kiss100.co.ke/kissmyride/ ) and leave your correct details. Sit back and make sure you're tuned in to Kiss 100 every day to listen if your name will be called out on air.

Everyday 9am, 2pm and 5pm, there will be a draw. If you have successfully registered and your name is called out on air, you have exactly 15 minutes to call and claim your entry. That entry will be a key which gives you a chance to win the car.

Remember, register now and tune in to Kiss 100 every day to listen if your name will be called. You don't want your name mentioned and you didn't hear it.

I hope to win it so wish me luck. See you at the grand draw.